Mail.Ru launched TamTam is a new messenger for iOS and Android

Mail.Ru Group announced new mobile messenger TamTam, which allows you to communicate with contacts from your phone book and find friends among users of the projects Mail.Ru Group. 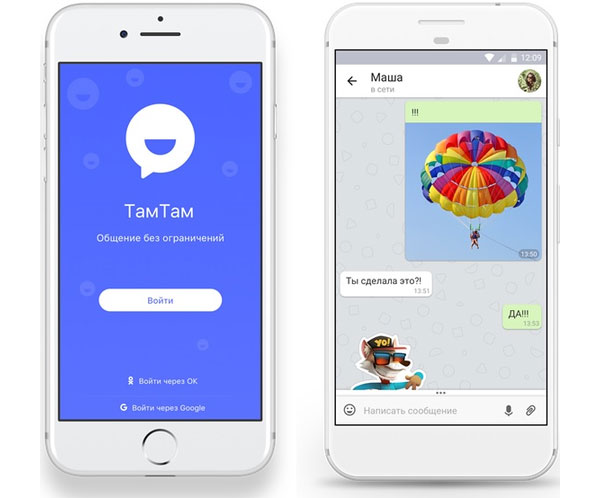 The application is developed on the basis of the messenger “OK Message” social network Classmates and replace it in the app stores. Messenger is available to owners of smartphones on iOS and Android worldwide.

With TamTam you can write personal messages and group chats, share stickers with gif animation, send photos, videos and audio recordings. The application works steadily at a weak Internet connection, you can send messages also in offline mode – in this case, messages are sent automatically when you connect to the Internet.

TamTam allows you to communicate not only with friends but with a large audience of subscribers through private and public channels. In channels you can collect subscribers with no limit on the number of users and send them messages. News channels can’t normal users, brands, media, bloggers and other authors. Find the right channels by name using the main search line messenger. 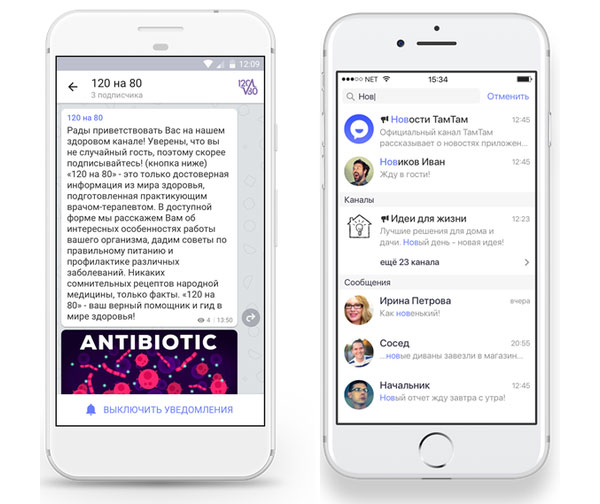 Its channels to launch TamTam already well-known artists and a large community. The first artist that started the channel in the new messenger, the singer Polina Gagarina. Users can also subscribe to the official channel news TamTam, the channel community “Overheard” and thematic channels: Pro fitness, humor, and recipes from the community of Bon Appetit.

All users released in 2016 the service “OK” message will receive an update that will install the “TomTom” on their device instead of the social media messenger. By February 2017, “OK” messages for Android downloaded over 1 million times, and iOS is about 300 000 times.

Download TamTam is available in the online stores App Store and Google Play.