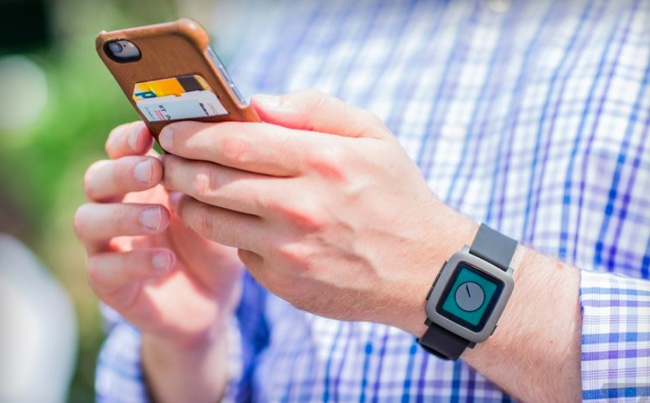 Tightening the nut all third-party manufacturers of smart hours Apple thereby jeopardized one of the most successful projects launched on crowdfunding platform Kickstarter. Company Pebble, has decided to re fundraising, have done the impossible. Literally 50 minutes, she managed to break the threshold of $ 1 million, and within a month the amount was increased 20 times.

Pebble Time and Pebble Time Steel had to replace classic Pebble, blew up a few years ago, the market of wearable electronics. And all would be nothing if it were not for one significant caveat.

The main feature of smart watches is their perfect synchronization with smartphones. Such a peccadillo there are many gadgets that are tearing competitors on foreign-made, but absolutely dismal in the matter of practical application.

A few days ago, everyone who invested in the project Pebble Time on Kickstarter, received a disturbing letter. No, it did not speak directly about the cancellation or about the difficulties with delivery. In this matter, all just fine. Manufacturers are requested to support them in confrontation with Apple, which does not make updates to the app sync between Pebble and iPhone.

In the letter they have attached a screenshots of status updates that is under review in the App Store app, and asked to create a massive information wave in support of them. Pebble asks to place all the available social media messages with the hashtag #FreeOurPebbleTime. Okay, guys?