Microsoft based on your own testing and according to computer users find out which of the popular browsers it is better to refers to the laptop battery. 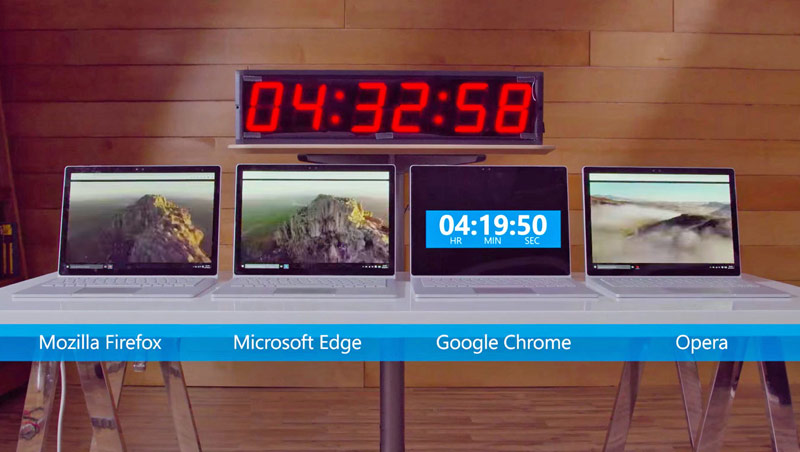 According to the study, Chrome browser is the least efficient in terms of power consumption, so when using it, the laptop will last much less time without recharging than when using other browsers. Along the way, we measured the processor utilization, which browsers were created while watching video, opening new tabs, scrolling pages, etc.

When playing the same video on the same laptop in different browsers energy storage battery enough for 4 hours 19 minutes when using Google Chrome. In the case of Firefox and Opera, the notebook worked 5:09 and 6:18 respectively. The winner in the main nomination was the Edge browser, which lasted for 7 hours and 22 minutes. The Safari browser in testing did not participate.

In Microsoft claim that with Edge laptop can work on 70% longer than with Chrome. The superiority of Edge over Firefox and Opera accounted for 43% and 17%, respectively.

The experimental data on the rate of discharge of the battery confirmed a private Microsoft information, which collects data from users ‘ computers. The company claims that it had collected telemetry data coincide with the experimental results, but Edge now is the best browser among the common market in terms of economical power.

In the laboratory of Microsoft, measurements were taken of power consumption of browsers, using a looped script (opening new tabs, pages, high-rolling pages, watching videos). Edge was the winner in this test. 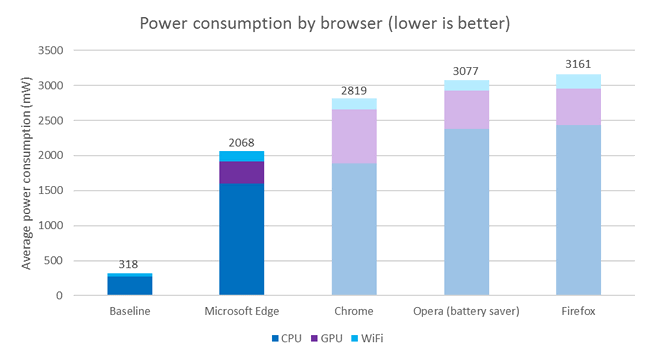 In addition, Microsoft has published a graph, based on data obtained from millions of computers that are running Windows 10. It also shows that Edge and Firefox are more energy efficient than Chrome. Opera on this chart are somehow not represented. 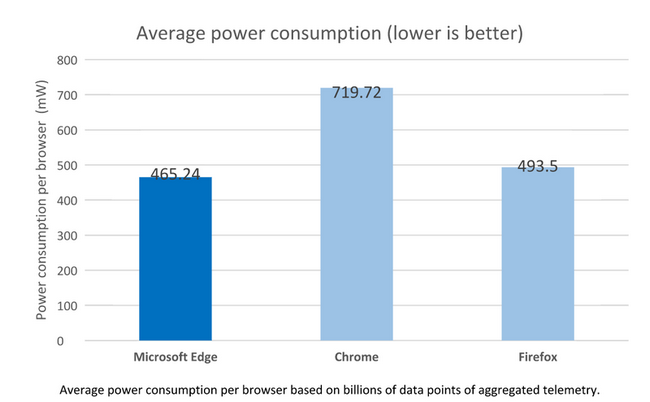