Microsoft introduced its own analogue of the IFTTT app Flow

Microsoft has released a mobile app, which is a tool similar to the popular If This Then That (IFTTT) to automate a variety of actions. A new development called Flow: it also allows you to automate various processes. 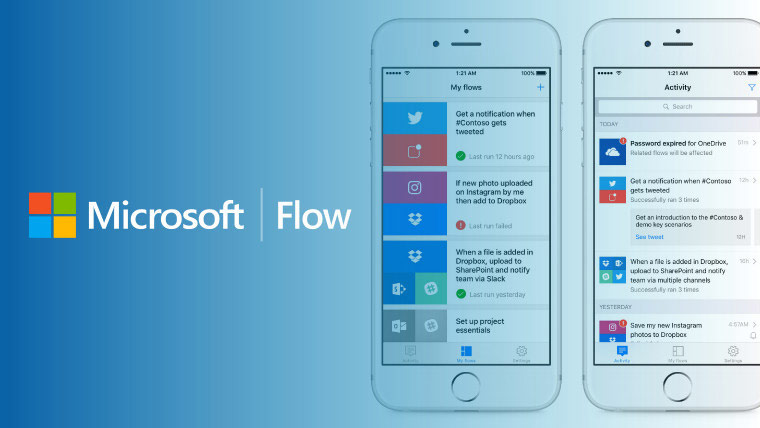 Microsoft Flow is designed for interaction of services like Twitter, Slack, Google Drive, Dropbox and Office 365. The developer has demonstrated a number of so-called “flow” (unique “recipes” in IFTTT), including the ability to create SMS alerts about incoming emails, to gather tweets in Excel file and get a notification via Slack when downloading files to Dropbox. You can also create “flow” that copies files from OneDrive for Business in SharePoint.

Competing services like IFTTT or Zapier, offer a more extensive list of supported resources, while Microsoft is more focused on Flow’s signature tools such as Office 365, Dynamics CRM, PowerApps and Yammer, as well as various corporate and operating decisions, such as MailChip, GitHub and Salesforce. 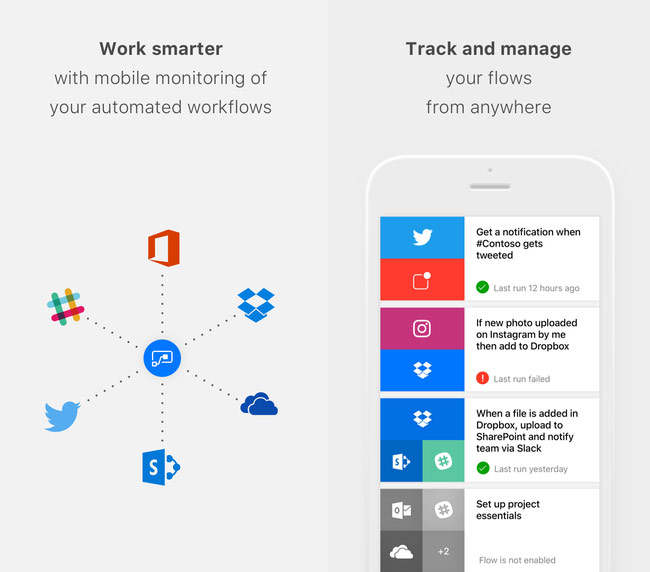 According to the plan Microsoft mobile app for iPhone will allow you to “make friends” of different web services and applications. Using the tool you can receive notifications (from Slack, Office 365, Mailchimp) to sync files (via OneDrive, Dropbox, Google Drive), collect data (from Salesforce, SQL databases) and to perform other actions.

Microsoft Flow can be used to automate a large number of common scenarios, for example, receive a text message every time the boss writes you a letter, or save a search on Twitter into an Excel file, copy the files from the OneDrive or photos of Instagram, and so on. App for iOS also allows you to manage previously created “streams” from your smartphone. For example, to enable or disable them, view the properties, test reports, and so forth.

Microsoft Flow is available for download in the App Store for free.