Mobile phones – probably the worst platform for Final Fantasy (especially the early parts): a hell of a long, tedious, expensive and just try to save without much fuss. Despite this, iOS at different times visited all the “final” classic: from the first issue until the great seventh – do not want to play. But, apparently, the modern pampered players of Final Fantasy is a persistent rejection – how else to explain that Square Enix periodically stormed the market, just throwing a shareware ad – which also fails. All would have went on as usual, but this time the authors decided to mix the useful with the pleasant, and the new part of Final Fantasy for the first time in many years intrigued – why, what if? Let’s see what happened with the Mobius Final Fantasy – truly mobile games with powerful console roots. 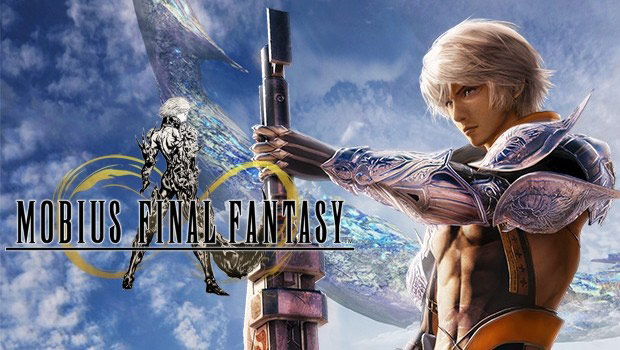 The main things you need to know. Mobius – game is shareware (we’ll get to that later), almost no open world and takes place in a vertical form. Vertical. Yes, like Subway Surfer’s. If you have this number of features are unacceptable, can not read – the game is clearly not for you.

The rest of Mobius relatives guessed correctly. For example, the story of his wrote the script FF VII, and it is an absolute game in the spirit of the series: the world is collapsing, everything is bad, and only the one able to fix it. Elected, of course, you; on the third minute armored hell-understand-who, smelling you, will tell you what feels the force. After another five minutes, you will save a cute chick (?) from the clutches of a giant dinosaur and go with him along the path. Literally, the Chosen one is going to save the world on a rural road, as Ellie from the emerald city. The plot is cleverly set is fed through the rollers and lengthy dialogues about honor in General, all as always. 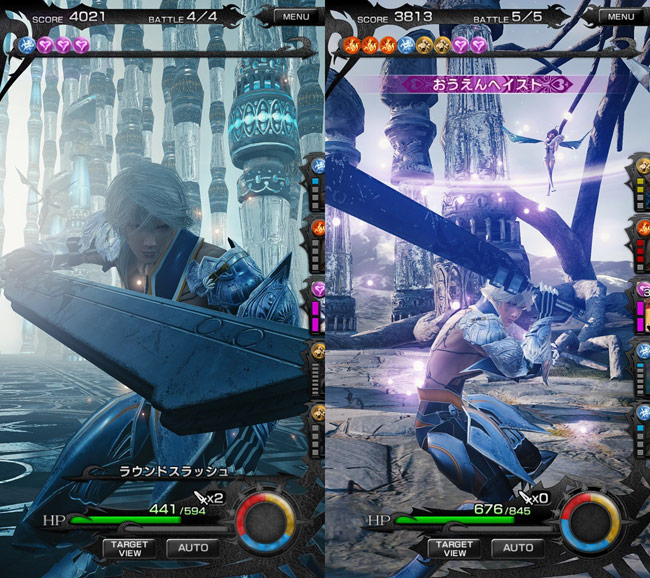 But the fighting has changed – so much so that not one fan of the series will saragnese in horror. Now this is not a sedate step-by-step characters with the shuffling of the squad abilities is the dream of the choleric and the dynamics of Asian fighters about kung fu. To attack, you just need to tap on the screen, character will spin like a top, pulling out a sword. To RAM the enemy into the pavement, you just have to give a series of three or four times; then begin the next fight.

During the battle of the enemies flies the special matter – it is divided into earth, air and fire origin. Having collected a number of matters, you can powerfully attack by activating a menu corresponding to the map. Or you can go into protection by restoring his health and ability. In Mobius there is intricate lace with companions and occupations, but, in General, on the abovementioned tenets of built a local battle system. 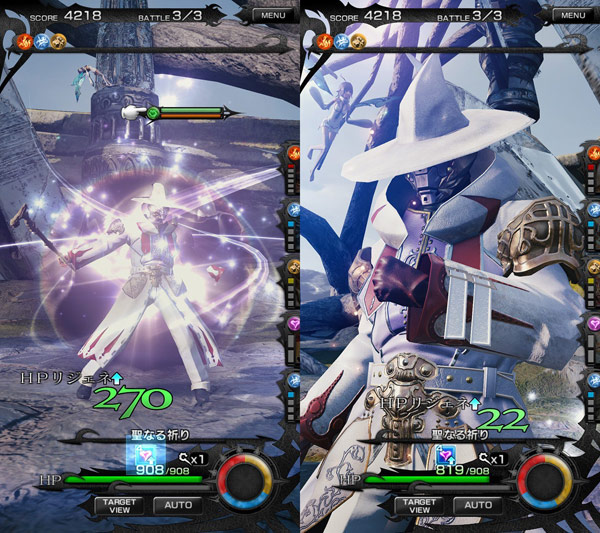 And it’s impossible to say it is bad or good. On the one hand, the battle has undoubtedly put dynamism compared to the sleepy (let’s all admit it) the original play was fun. On the other, no strategy is not out of the question; most battles you can pass putting the game itself. Also – remember input? Mobius is a shareware game, and everyone understands that this implies.

Well, the Central complaint about the game is a RPG set in a very relative degree. Frankly, it is here that the role of the spirit here is less than in the unnamed project unnamed studios. Almost all the air time you will take to conquer the rural roads and knocking out teeth from obscure aggressors. Quests, dialogues, intrigue – in General, all that love the genre – Mobius is, but on the margins. 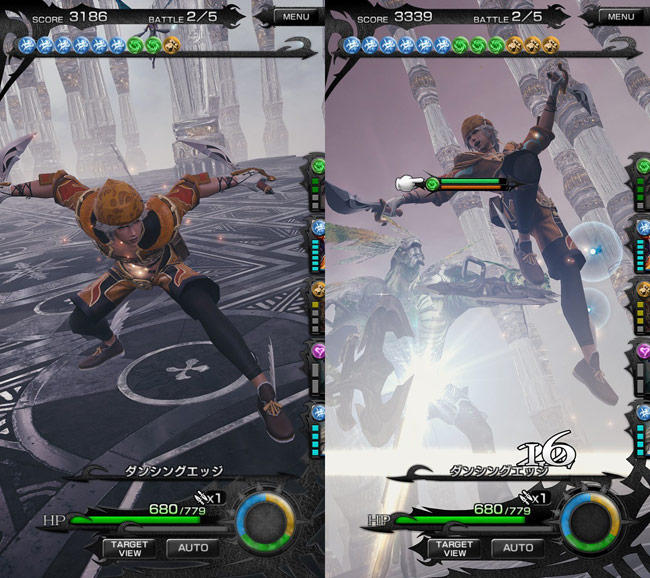 The game looks quite in the spirit of Final Fantasy, but here you will face a problem: if you do not have iPad Air 2 or iPhone 6, then the graphics will be significantly worse than the official screenshots but it doesn’t just knock the breath. The first Air, for example, screen resolution recalls the glorious times of CRT monitors, and the ubiquitous soap makes to wipe his eyes. But the style, again, will not refuse – the Mobius artists obviously worked on the classic “finalname”.

Here you can hit in the middle and curse the publisher for being too greedy to PT, but it would be foolish authors are not guilty that the release of the first Final Fantasy it took more than 20 years, and the series should move in the direction of the mass of the player. In some degree succeeded, and to some extent even without noticeable loss in Mobius Final Fantasy is fun to play, interesting twist combo, find cards and scatter enemies. It’s just has a series of not more than Lada Vesta to Fiat 124.