Monument Valley for two years has brought developers to $14.4 million

Studio Ustwo spoke about the success of a mobile project Monument Valley. For two years the game has brought developers to $ 14.4 million. 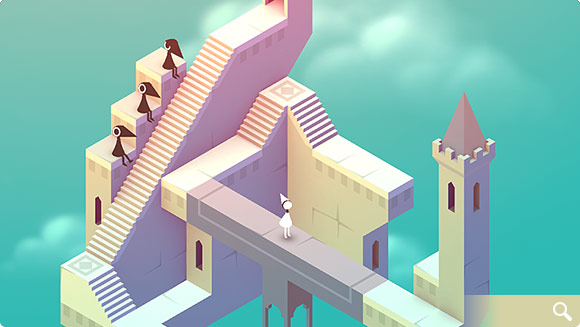 The company said that most of the money was provided by the owners of iPhone and iPad (73% of the total number of users), and only slightly helped the sales of Android users (17%), Amazon (3%) and Windows Mobile (1%). The entire game was downloaded over 26 million times, and only 5 million people brought the creators of money: in other cases, the game was given to users for free on special promotions.

Monument Valley — a game about the adventures of a Princess named IDA, who fell into a mysterious surreal world. Levels are optical illusions, and the player must use special mechanisms to transform locations, discover hidden paths and avoiding enemies.

After the scene in “house of cards” number of downloads Monument Valley has grown into 7 and-a-half times.

In one of the scenes of the third season of the popular series protagonist Frank underwood, the President of the United States, plays on the tablet game Monument Valley. This scene brought game developers incredible success during the day, the game brought them $70 000.

At the moment, Monument Valley downloaded nearly 26 million times, and of these, 23 million fall in the second year of the project’s existence — the period after the release of the series. The reason for the success was not only the scene with “fictitious President”, but the lack of a price tag for the game.