Movavi: the most powerful video Converter for Mac and Windows [+5 promo]

The company, Movavi has introduced a new version of the proprietary video Converter for Mac OS and Windows. Movavi received a redesigned engine, the function of ultra-fast conversion tools for video editing and automatic settings to preserve the maximum quality level of video compression. 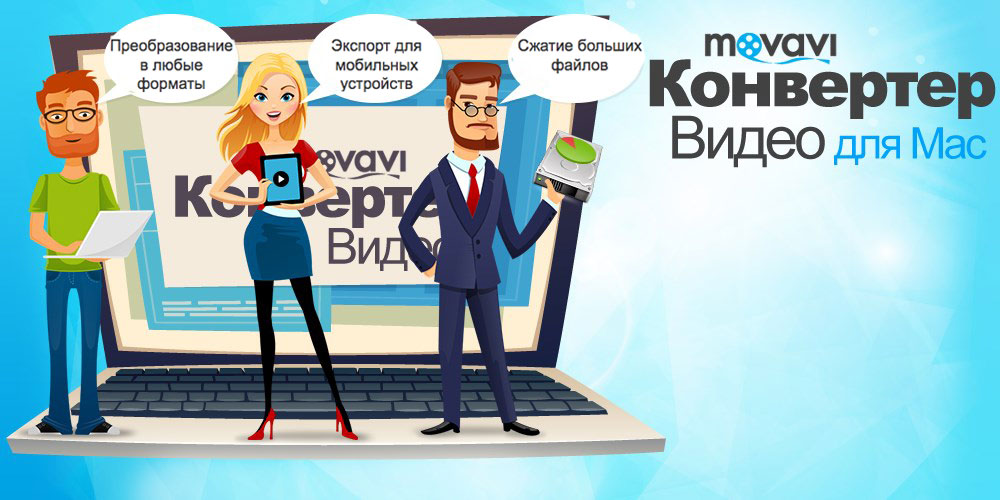 Movavi video Converter will help you to save media files to any format and export them to mobile devices for watching anywhere and anytime. In the new version of the convertor has become more powerful and fast. The program converts video files without re-encoding and loss of quality in SuperSpeed mode. This method of processing video without recompressing. When such conversion is a “rearrangement” of the video stream from one container (format) to another without recompressing the data. The process is almost instantaneous and does not affect video quality, since it only changes the format of the file and its contents remains unchanged. 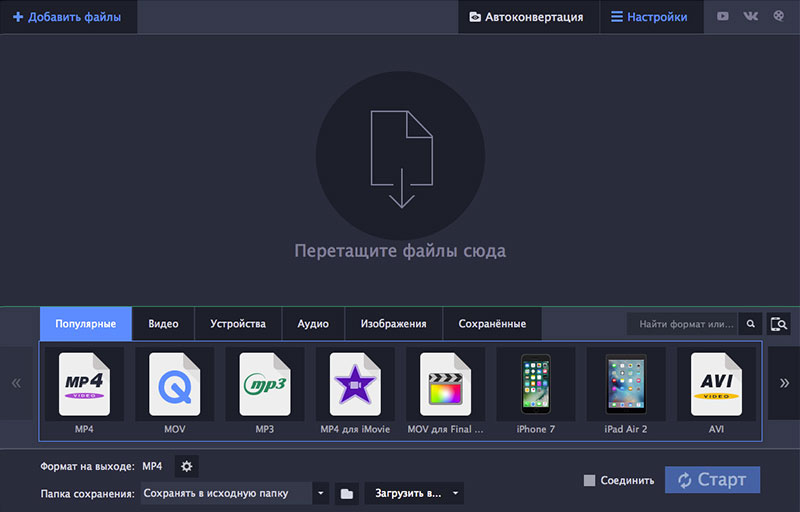 To use video Converter is incredibly easy: simply download the files into the program specify the desired format and click – conversion will be completed in a matter of seconds. If necessary the roller can be pre-edited using built-in tools for video editing. A list of input formats Movavi includes nearly four dozen titles, ranging from the common MKV, AVI, MP4, FLV, to rare RMVB, WTV and 3GP. The list has 14 output video formats and almost 30 different codecs.

Another feature of Movavi is that the program evenly distributes the load between the cores, allowing you to work super-fast without sacrificing performance. 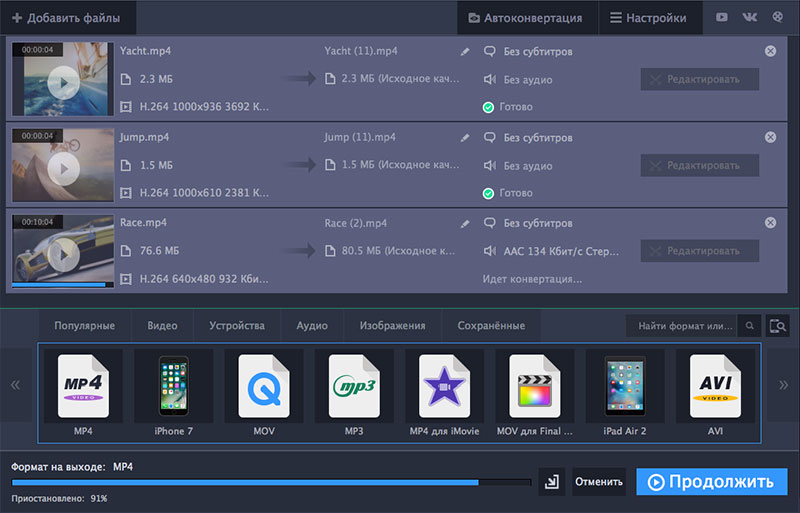 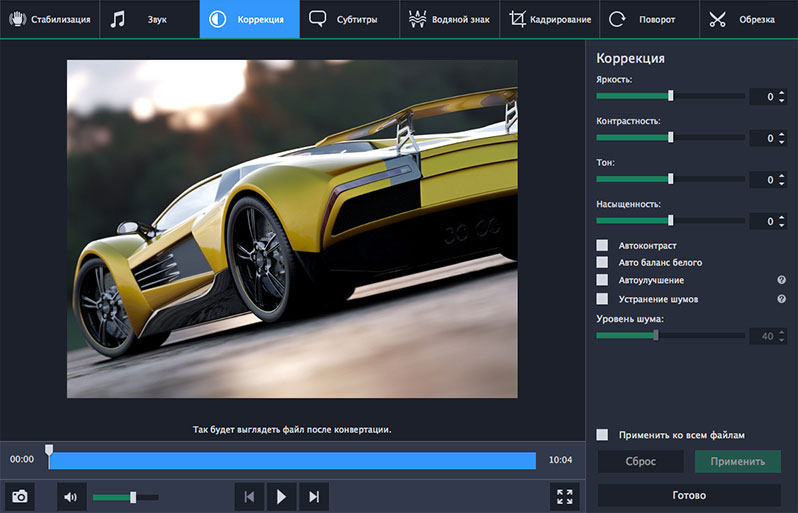 Movavi video Converter contains a number of new ready-made presets for the latest mobile gadgets. The list of presets includes all Apple devices (iPhone 7, iPad Pro, iPhone, SE, and others), smartphones and Android tablets, including models from Samsung, LG, Google, Microsoft and many others.

Free 7-day trial version of Movavi video Converter can be downloaded on the official website of the program. The full version can be purchased here for 1119 rubles. 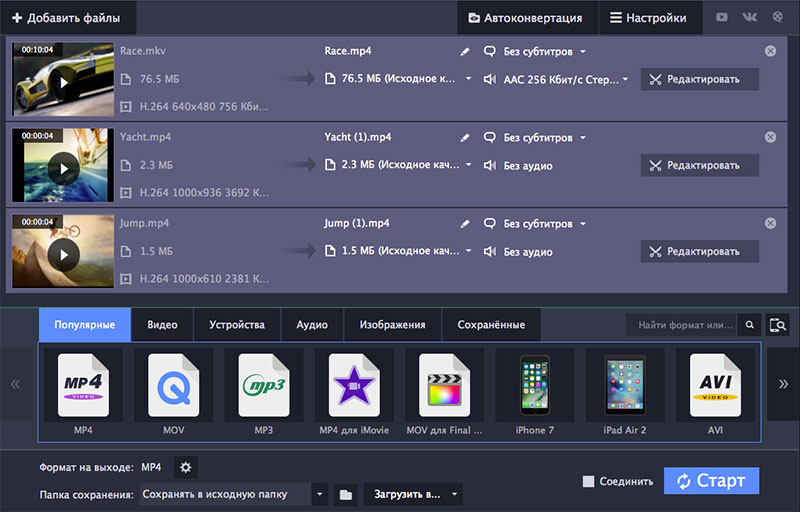 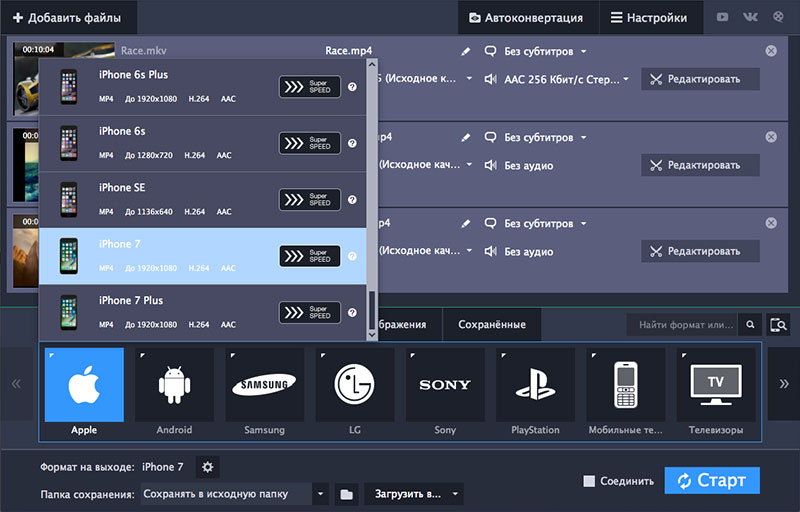 The developers have given us 5 licenses to video Converter Movavi. Codes will be raffled among the visitors who left a comment on the article. Don’t forget to fill in the E-mail. Good luck!