The equipment will connect to the network “Maximalism”, which is expected to provide passengers a stable voice connection and mobile network access on technology 3G. 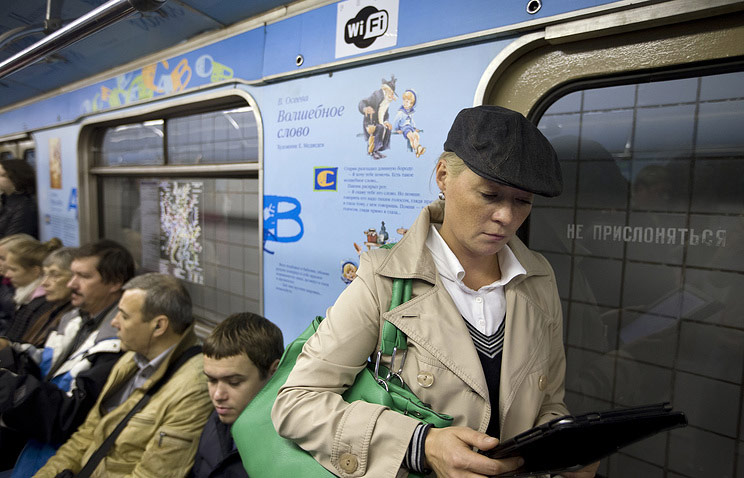 MTS and “Maximalism” has signed a strategic agreement, under which the company before the end of the first quarter of 2017 will be installed in each subway car femtocells MTS.

The equipment will connect to the network “Maximalism”, which will provide passengers a stable voice connection and mobile network access on technology 3G in all tunnels of the Moscow metro. The commercial terms of the agreement were not disclosed.

“Currently, more than half of MTS subscribers in Moscow using smartphones and annually double the amount of traffic consumed. MTS relies on the development of 3G networks, in metro tunnels, because this technology is the most popular among our customers — it is supported by 100% of smartphones,” the report cited the Director of MTS in the Moscow region Igor Egorov.

According to General Director of “Maximalism” Boris Volpe, to date, free Wi-Fi in the subway is used by over 80% of Muscovites.

Currently, MTS provides voice services at all stations of the Moscow metro. Mobile Internet on 3G technology is available at all stations within the Garden ring, at stations and tunnels of the Sokolnicheskaya, Tagansko-Krasnopresnenskaya and Ring lines and at stations “Profsoyuznaya”, “Konkovo”, “Nakhimovsky prospect”, “Orekhovo”, “Krest’yanskaya Zastava”, “Volga”, “Shosse Entuziastov”, “Botanical garden”, “Petrovsko-Razumovskaya”, “Falcon”, “international”, “Exhibition” and “Victory Park”.

In the message MTS notes that the expansion of LTE technology in the subway would continue in parallel with the implementation of the project for the provision of telecommunications services in stages.

In December 2015 Vice-President of MTS on engineering and it Andrei Ushatsky was told that MTS is negotiating with the Moscow metro, “Maximalism” with other operators for sharing of infrastructure to improve the quality of communication in tunnels.

Chairman of the Board of Directors of “Maximalism” Sergey Aslanyan also reported that the company is discussing with mobile operators the possibility of providing their services in the cars on its network.