Leading analyst Mobile Research Group Eldar Murtazin called fraud launching virtual mobile operator “Atlas”. He conducted his own investigation, finding out that neither of the cellular operators “the big four” not signed with the relevant contracts. 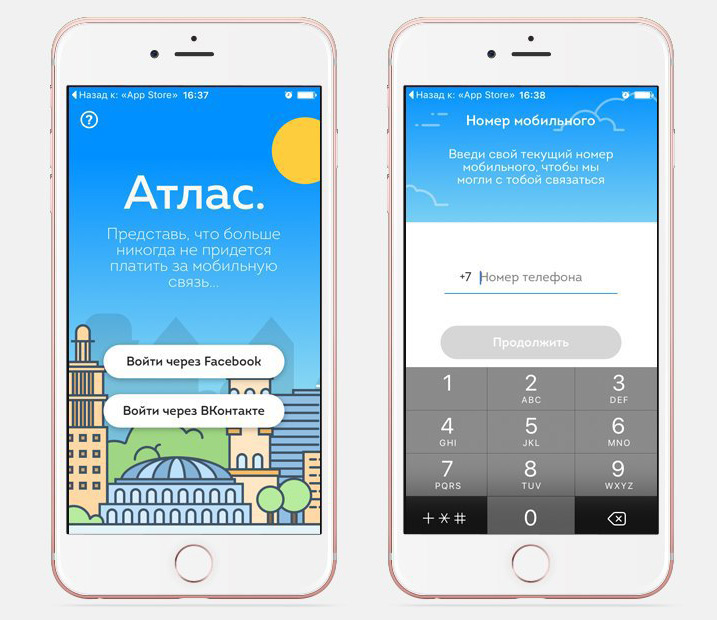 “Mobile operator Atlas – it’s a Scam. Happy to see how bloggers for the sake of potential benefits in this tout Durkee readers,” wrote Murtazin in his Twitter. “As proof that the Atlas is a fraud I will say one thing – they promise to give the SIM card a year ago eliminated operator”, – he added.

As found by Murtazin, the company “MegaFon” no relation to Atlas and is not negotiating with the company. With Yota “the same story”. In Tele2, according to the analyst, from the “Atlas” disowned, they do not work with them. In a Beeline confirmed that they have agreements with the company, MTS also said that “Atlas” “they don’t work and no services are provide”.

“Mr. Gordeev stated that one of Federal operators will give them a Sim card in Moscow and St. Petersburg. All operators called it a lie,” concluded Murtazin.

Previously, on 30 may, managing partner of the Fund Russian Ventures Evgeny Gordeev announced the launch of its free virtual mobile operator. The app “Atlas” is now available for download in the App Store. It is possible to register, to bind phone number and social media accounts. Also, the application can be delivered to the SIM card, it will carry out in the summer of 2016. 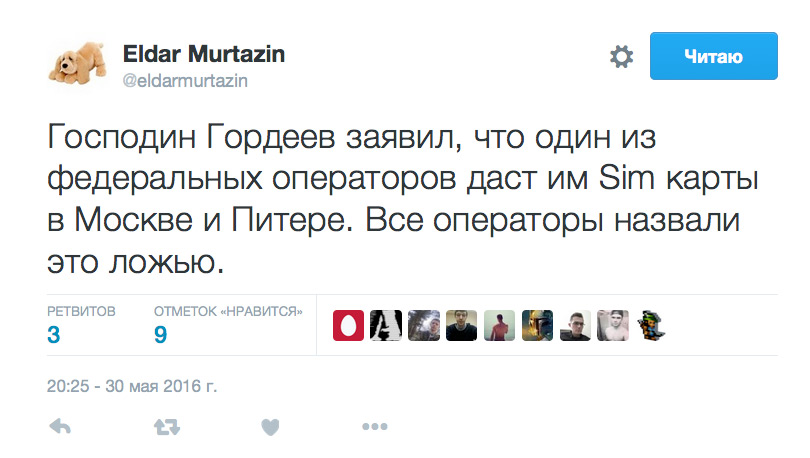 Gordeyev said that the cost of calls and SMS in the country will be United, and for calls abroad will be in effect preferential tariffs, which also can be used to pay “atlases”. Together with the SIM card, each user will receive 175 “atlases”. Them the user will pay for the services of the mobile operator. “How it works “Atlas”? An hour ago, I invited friends, now my account will be putting on 30 “atlases” of the day. 900 is “atlases” in a month that will give almost 5 gigs of traffic, 500 minutes and 50 TEXTS. All I have done is just posted a link”, — said Gordeev. 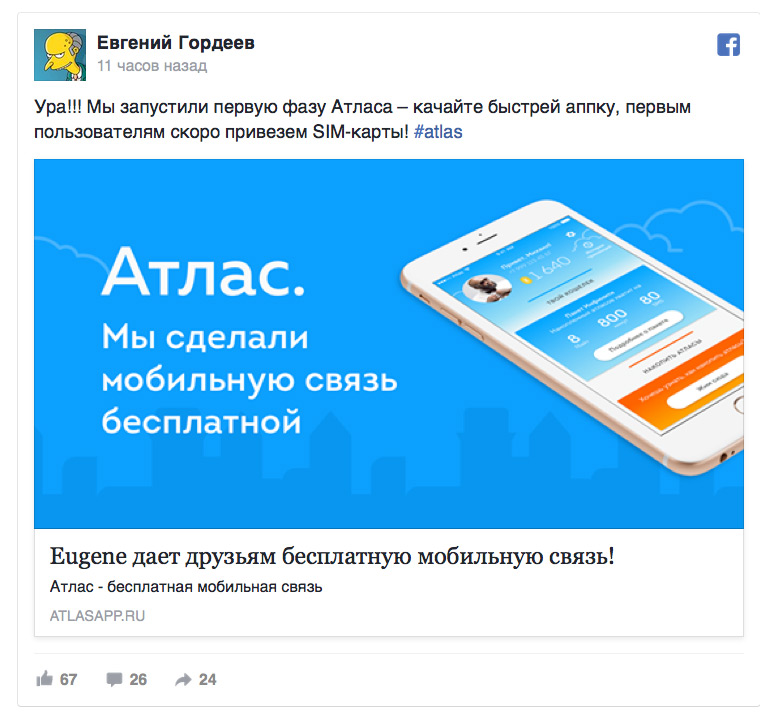 In the comments to the post in Facebook Gordeev explained that SIM cards are issued together with “the Moscow cellular communication”. While the app works only in Moscow and St. Petersburg, but in the future it plans to launch in the regions. Also during the summer you will see the version of the app for Android users.