Early one morning eight months ago, Apple CEO Tim cook sent an email to CNBC presenter Jim Cramer, in which he said that things in China are going very well. And although the markets at that time were under pressure due to growing concerns over slowing economic growth in the world in General and in China in particular, the words cook allowed Apple to demonstrate a substantial recovery. But that was only two blocks away, and the situation is far not so rosy. 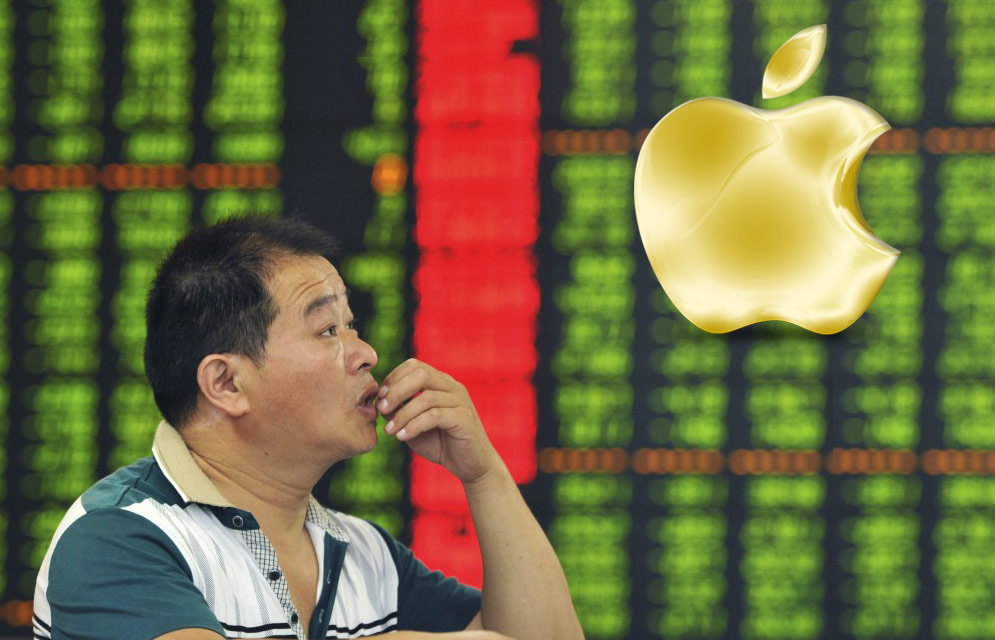 “For several quarters, China has provided more than half of the growth of Apple’s revenue in annual terms, and now he has become the main reason for its decline,” writes Finam.

Apple explains the decrease in revenue the deteriorating global macroeconomic situation, as well as a strong base last year, when the company’s financial performance has shown considerable growth due to the high popularity when released the iPhone 6 and iPhone 6 Plus. Cook also noted that the strong decline in sales in greater China for the most part due to the very weak results in Hong Kong. The fact that the rate of Hong Kong dollar pegged to the US dollar, which has appreciated strongly over the past year, and this has led to the decline in the popularity of Hong Kong as a centre for international shopping and tourism. However, even if we exclude Hong Kong, Apple sales in mainland China still fell by an impressive 11%.

While there is every reason to believe that problems at Apple in China are not only cyclical in nature. The population of the country in recent years increasingly gives preference to local smartphone manufacturers like Huawei and Xaomi Technology. In addition, the PRC government recently banned a number of services “Apple” of the company because of various claims to the content. But it’s services have become the new growth driver of Apple’s revenue in China. 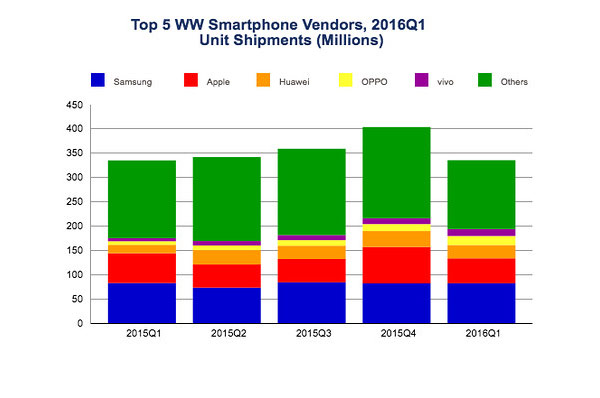 “Only the richest really highly paid representatives of China’s population buy their iPhone, and they still are not so many, says John, Jean, Professor of marketing of the Penn Wharton China Center. – This means that after a certain point you need to release something new to keep the interest of buyers. And this is not so in the case of Apple”.

Last summer the company launched a “smart” watch Apple Watch, but their sales still look pale compared to more traditional devices. Released in March a four-inch iPhone SE just focused on the fast-growing middle class of China, but its stated the price at $399 seems too high compared to, for example, smartphones Xiaomi, worth less than $200, and analysts doubt that sales of the new iPhone will go as well as expected.

“It’s like a fashion designer who has run out of ideas, and creating new models from old ones, making them more narrow or more free, not bringing something new. – said Jean. – It is possible to simplify the device and reduce its price, but sooner or later you will find yourself in the territory dominated by local manufacturers, the same Xiaomi”.

Competition in the smartphone market is very tough and constantly growing. As a result, for example, a previously little-known Chinese firm OPPO and Vivo in the first quarter of this year for the first time entered the top five global smartphone manufacturers, displacing Lenovo and Xiaomi, which moved to sixth and seventh position.

The company’s offering in China, smartphones in the middle price range (around $250 per device), increase sales at a rate close to the growth rate of average salaries in the country. While this wage is still not high enough, so that ordinary Chinese could afford the smartphones higher price segment, where they were based Apple devices. 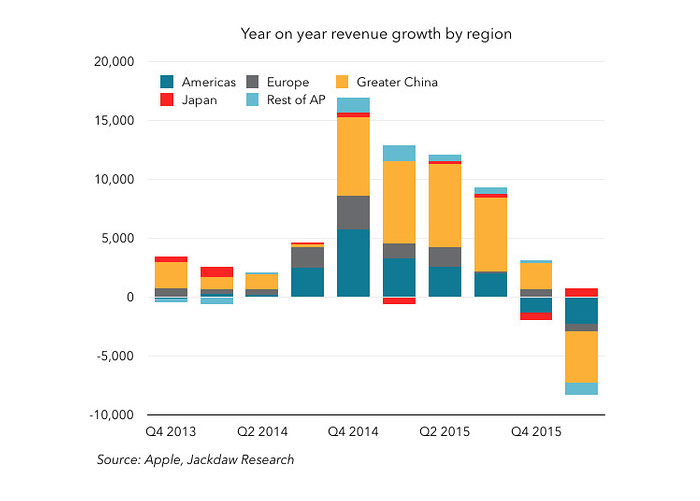 But there are experts who are not so pessimistic towards the prospects of Apple in China. In their opinion, the situation in the economy sooner or later will get better, and with it will go to the mountain and the case of the American company.

“The premium segment, which features Apple is growing much faster than the overall market, – the analyst of research firm IDC’s Ryan Reith. – In 2015 the growth rate of the smartphone market in China slowed to 2.5%, while the high-end segment (over $400 per unit) increased by almost 50%, and it occurred mainly at the expense of Apple’s smartphone”.

“The great advantage of Apple is the very high loyalty of the customers of its products – said Reith. – If the person ever used an iPhone, he would not want to switch to any other smartphone”. In this regard, the analyst hopes for a iPhone 7, sales of which should begin in September of this year.