Named WhatsApp the most popular messenger in Russia, Viber in second place

Cellular operator “Megaphone” told what messengers are most often used its customers in mobile networks and which social networks have gained popularity among users. 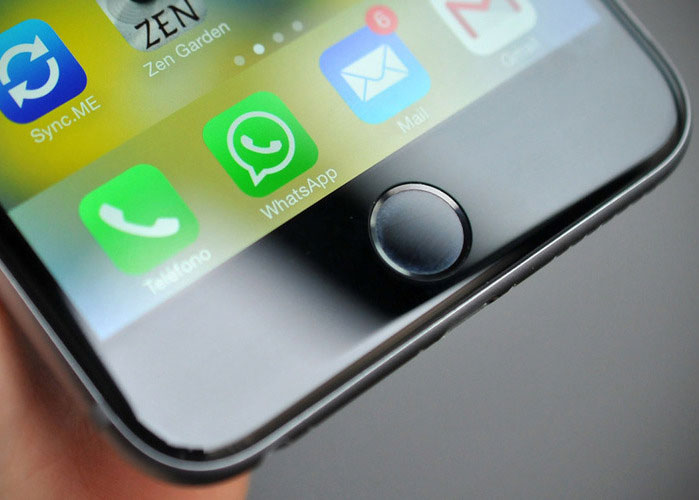 The most popular messenger in Russia was WhatsApp with a share of 47.6%. Followed Viber c of 39.7%, which for several years was able to overtake Skype, which is 17.9% of supporters. In fourth place with a score of 12.7% were located Facebook Messenger, the top five leaders of iMessage – Apple’s proprietary chat of 12.2%. Located on the sixth Агент@Mail.ru which has a share of 11.8%. 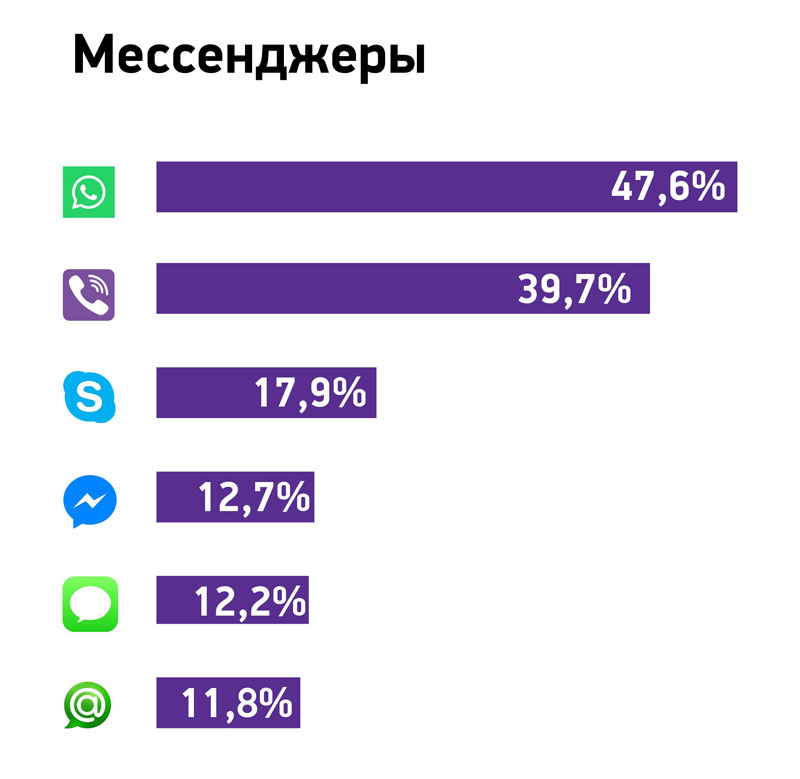 The most beloved social network of Russians expected was “Vkontakte”. It comes every third client of the operator, of which about 10 million a day. The “Vkontakte” account for almost 60% of the traffic of all social networks – it is obvious that users are very active and are not limited to simple correspondence. Second place, also as expected, went to “Classmates”. This social network uses almost every fifth client. Especially popular “Classmates” appeared in Siberia and the far East. But the traffic “Classmates” lost Instagram. That, however, it is not surprising, as Instagram initially focused on the photo. 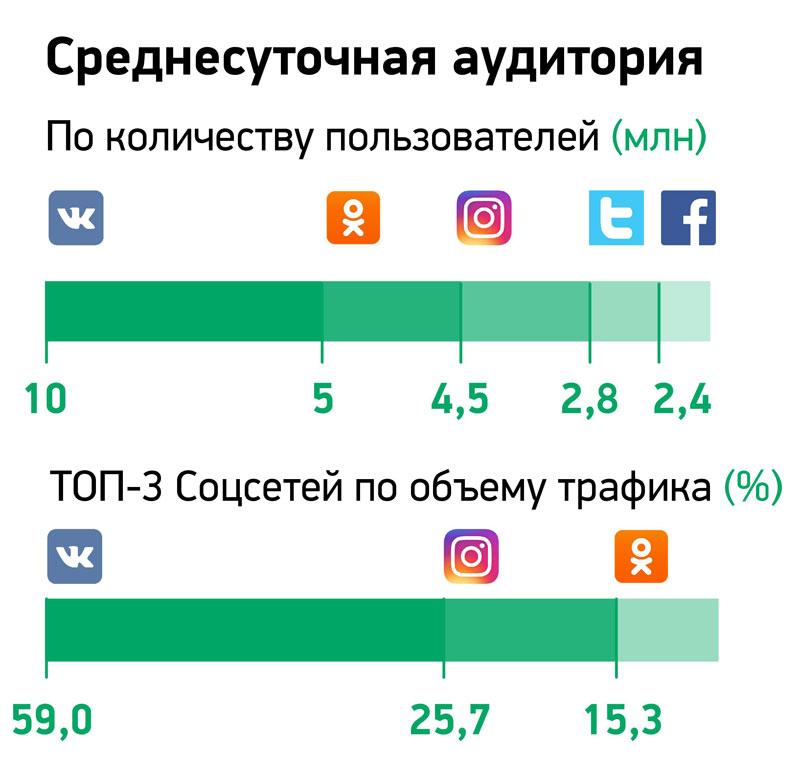 Global leader in Facebook was only on the fifth place: use of 9.1% of subscribers, which in absolute figures amounted to 2.4 million As stated by MegaFon users Facebook is mostly residents of large cities. Interestingly, Twitter users were almost the same as Facebook users – apparently, these social networks are perceived by Russians primarily as “serious”, is intended to conduct a “network of life”, not entertainment. 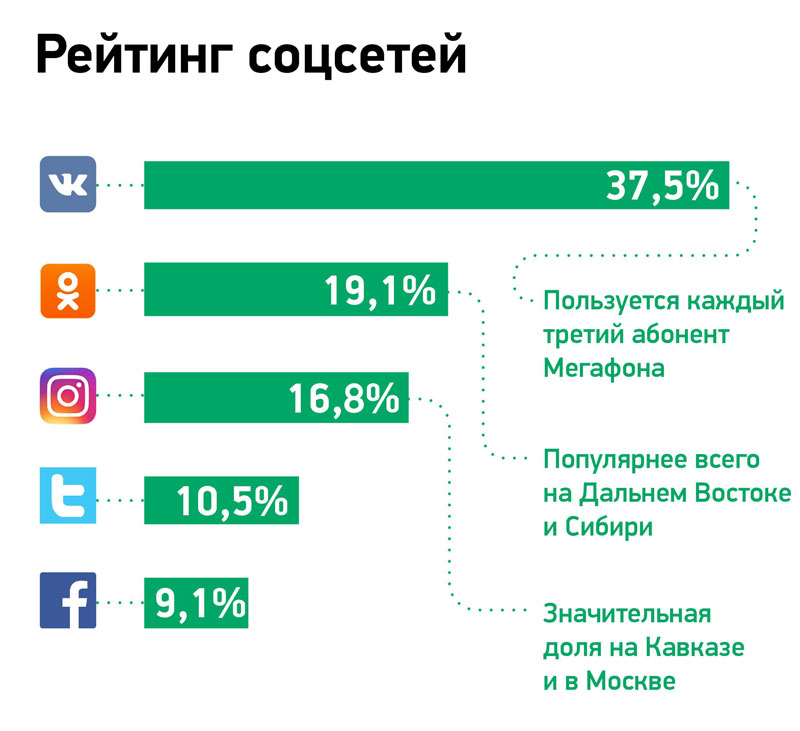 Gaining popularity Telegram in the statistics were not included. It is worth noting YouTube daily watching it 300-400 thousand people.