Hootsuite organization and We Are Social have produced a detailed report on the development of the global Internet. Millions of people in 2018 first appeared on the Internet, and mobile devices. 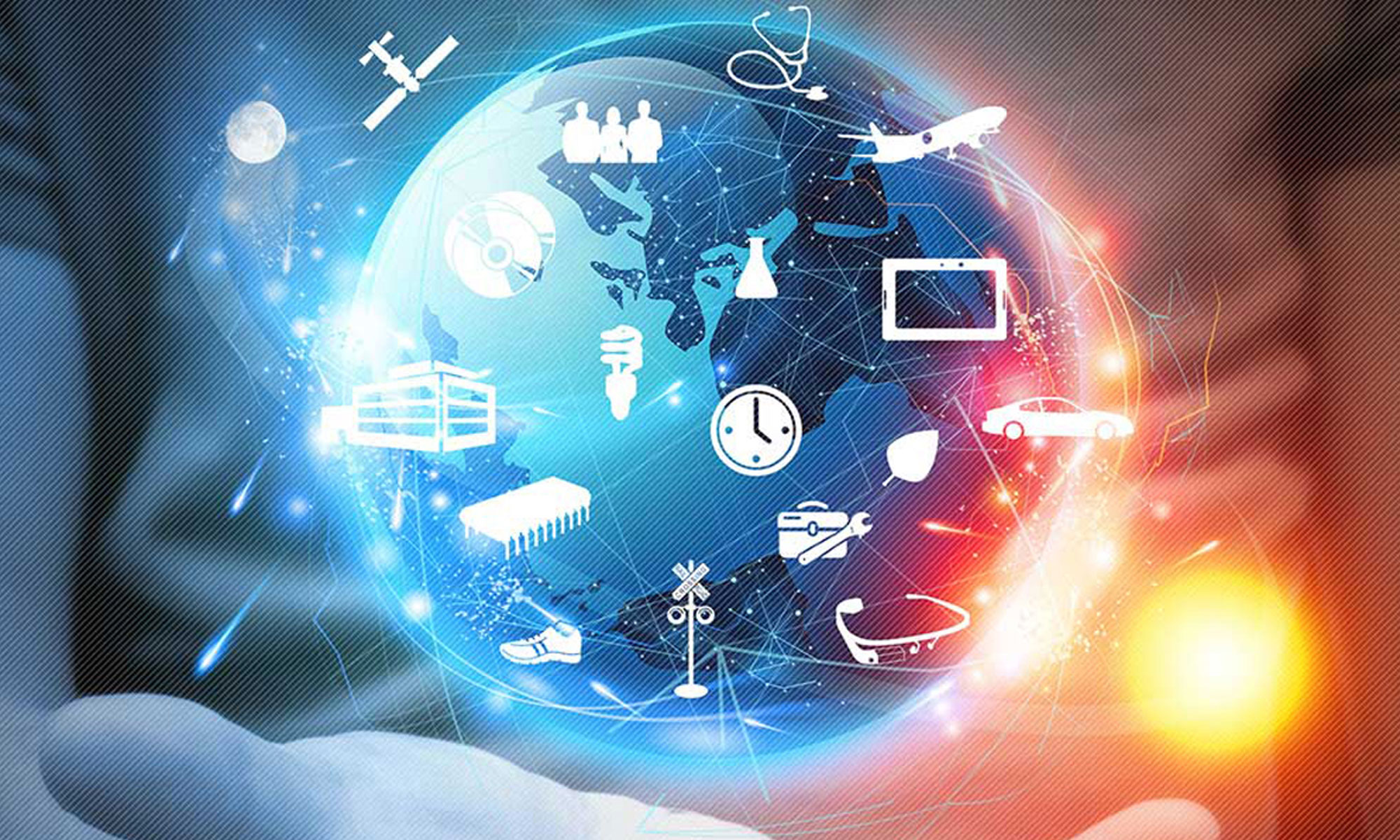 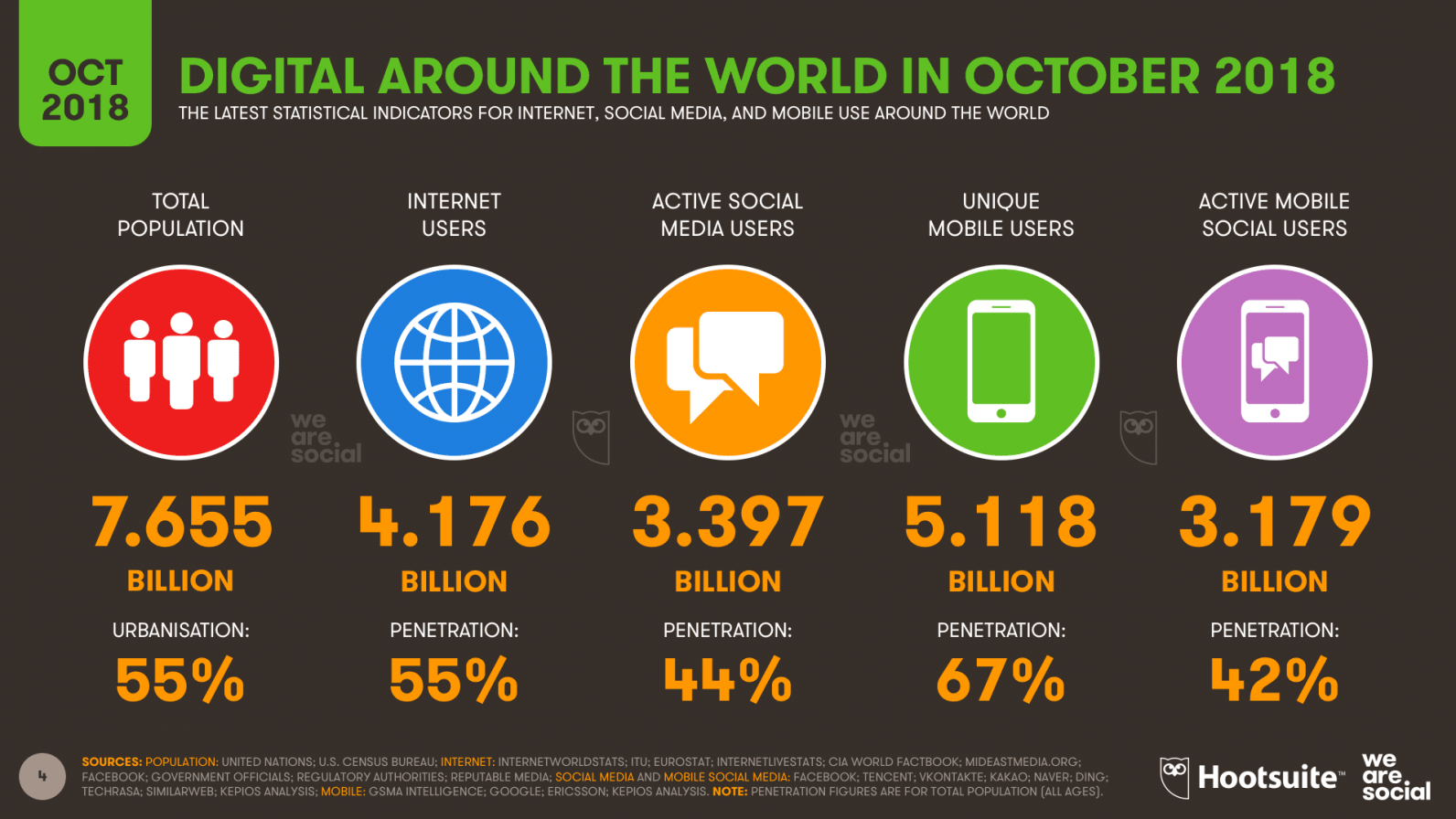 In the period from September 2017 to October 2018, 284 million people first used the Internet. The number of accounts on social networks is growing even faster — 320 million over the same time period. 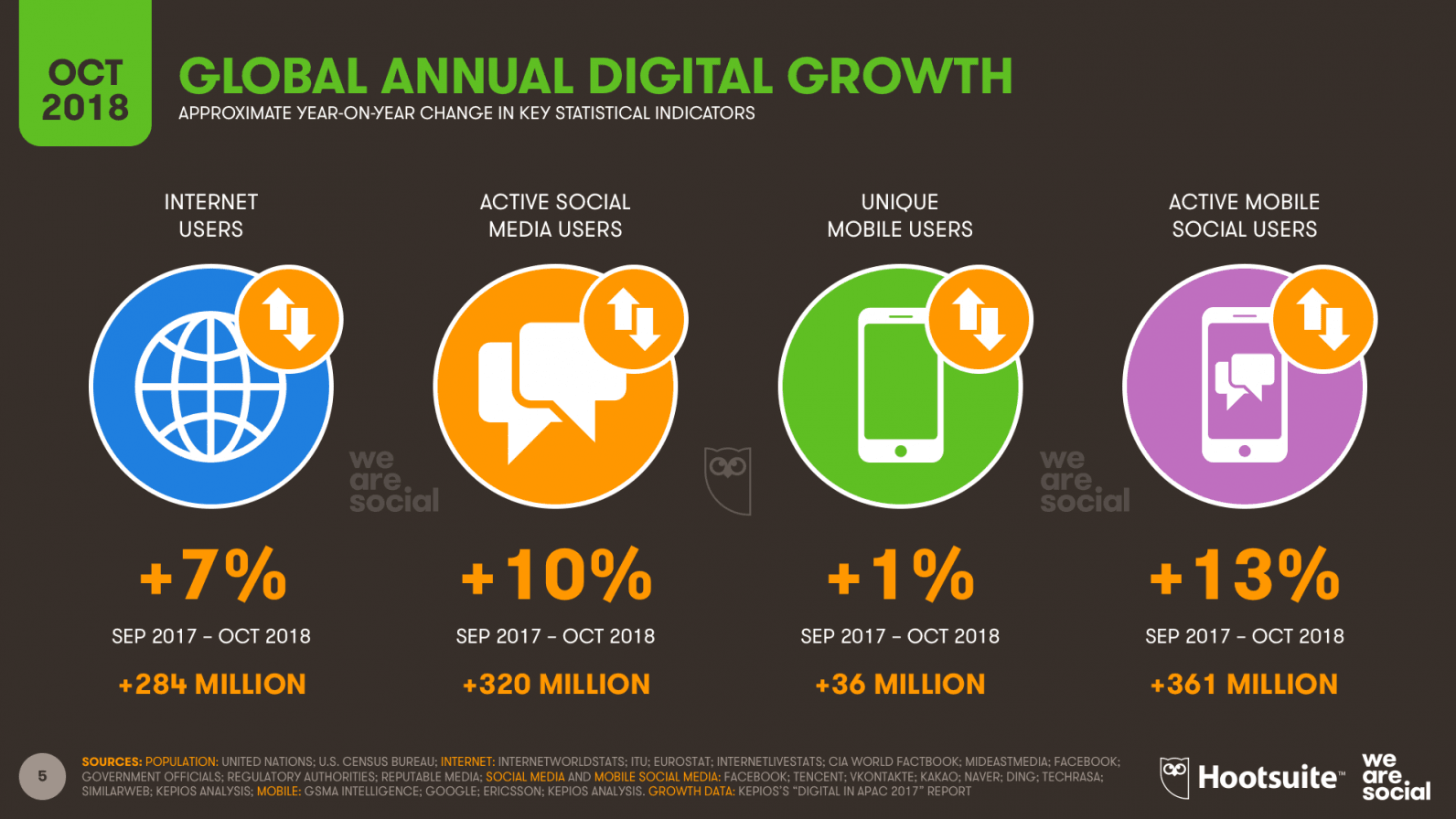 Mobile phones still account for more than half of all global traffic. But the proportion of traffic coming from computers and laptops, increased by 2% compared with the 2017 year. The share of traffic from tablets and other devices continues to decline. 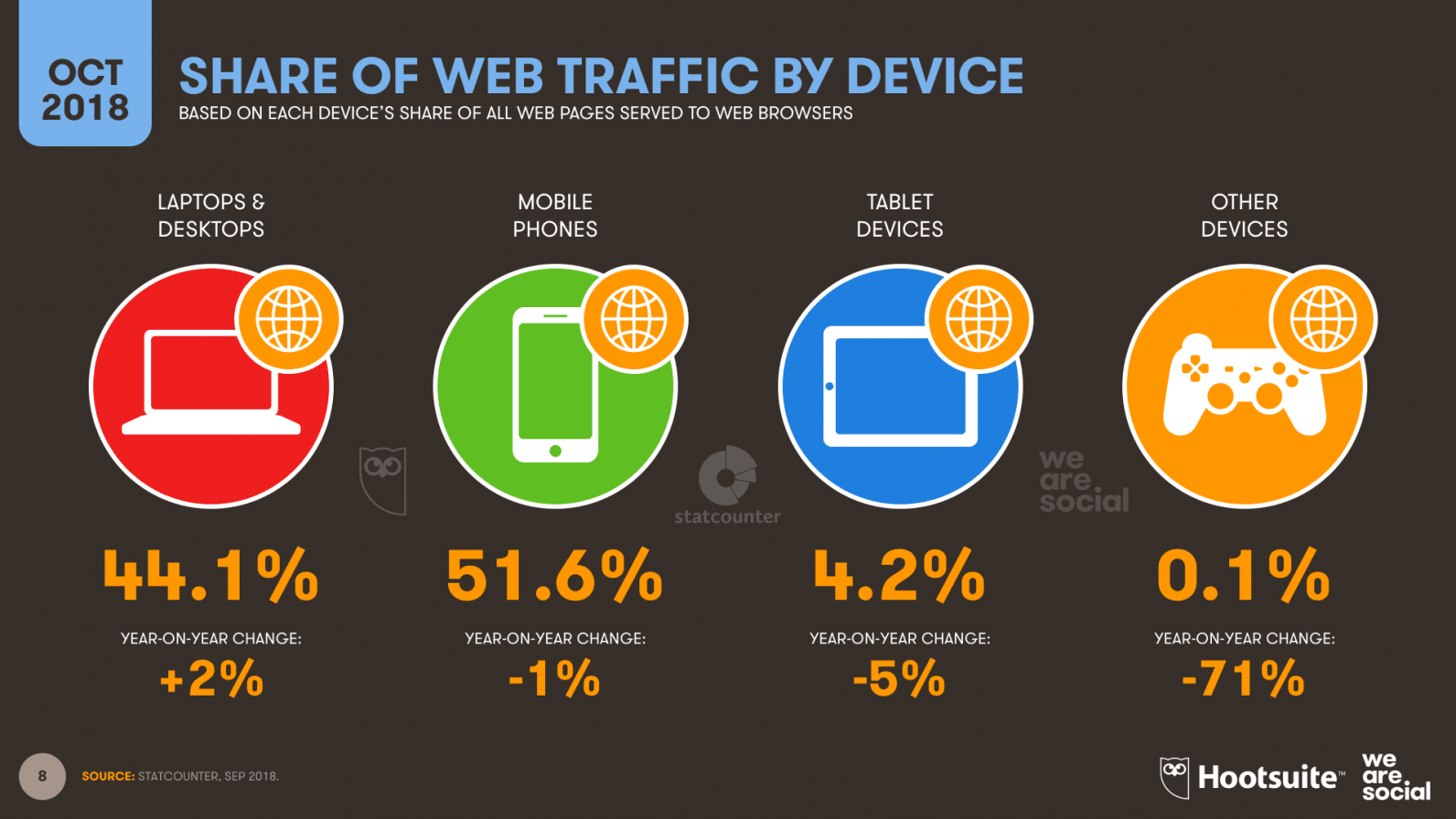 According to Ookla, Singapore tops the ranking of countries with the fastest Internet 189 Mbit/s. While Norway leads in average speed mobile Internet — 63,13 MB/s. 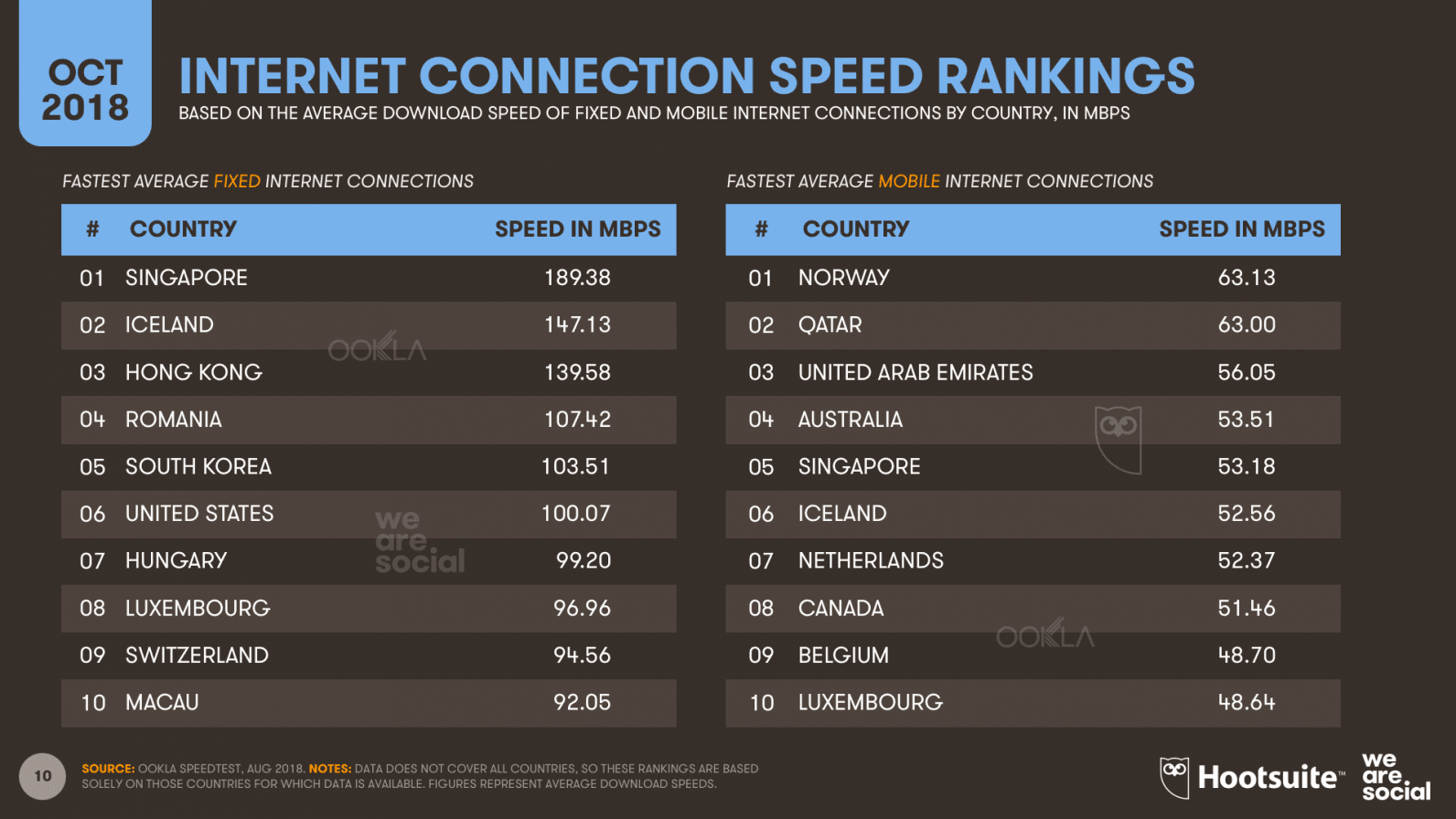 42% of Internet users in the world are worried that their data is “wrong use”. In other words, they worried about their confidentiality. In Russia, the figure is 43%. 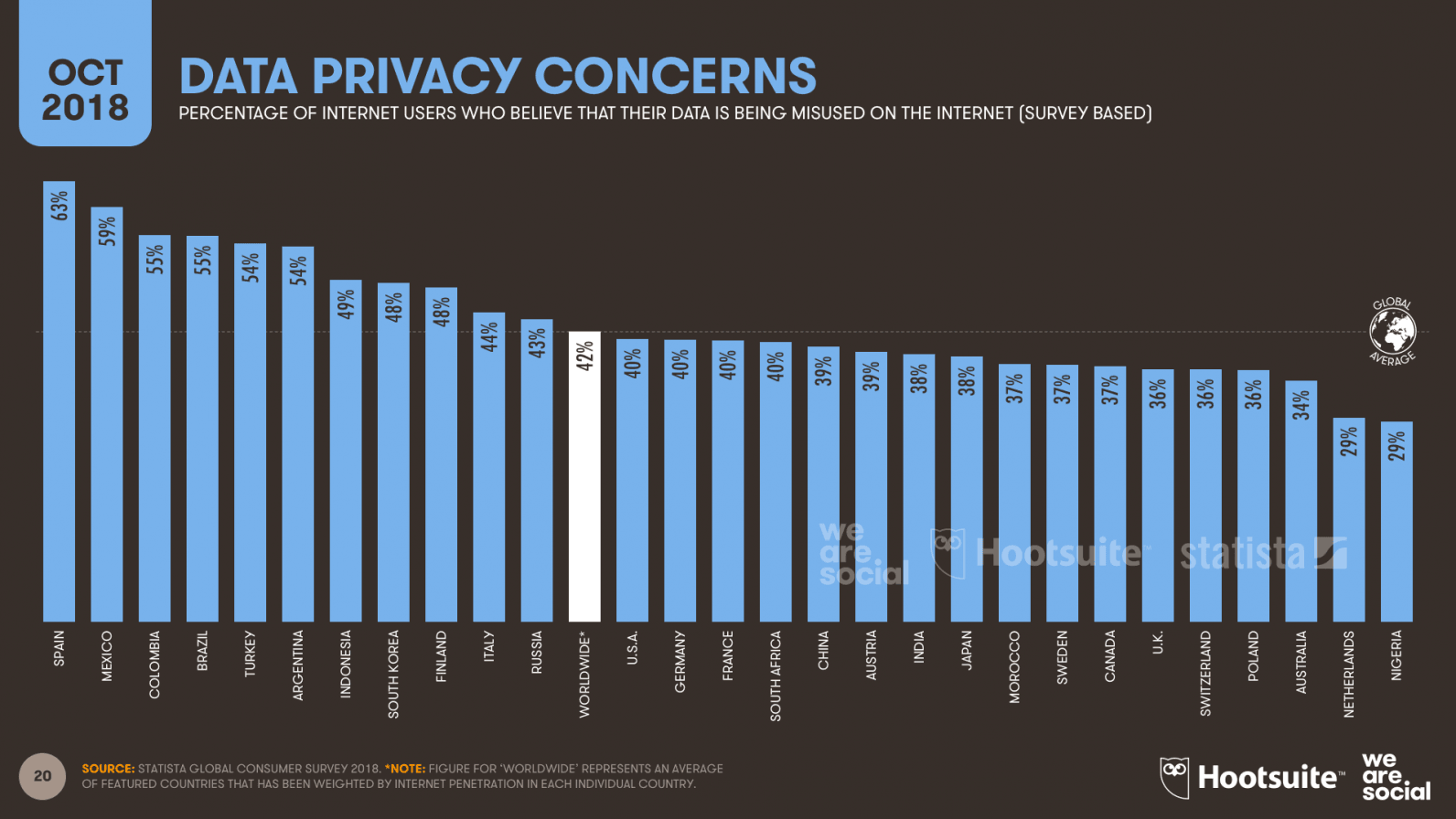 Despite all the scandals, Facebook remains the most popular social network in the world with over 2.2 billion users. TOP-20 — Telegram, which has 200 million users. “VKontakte” is not included in the ranking. 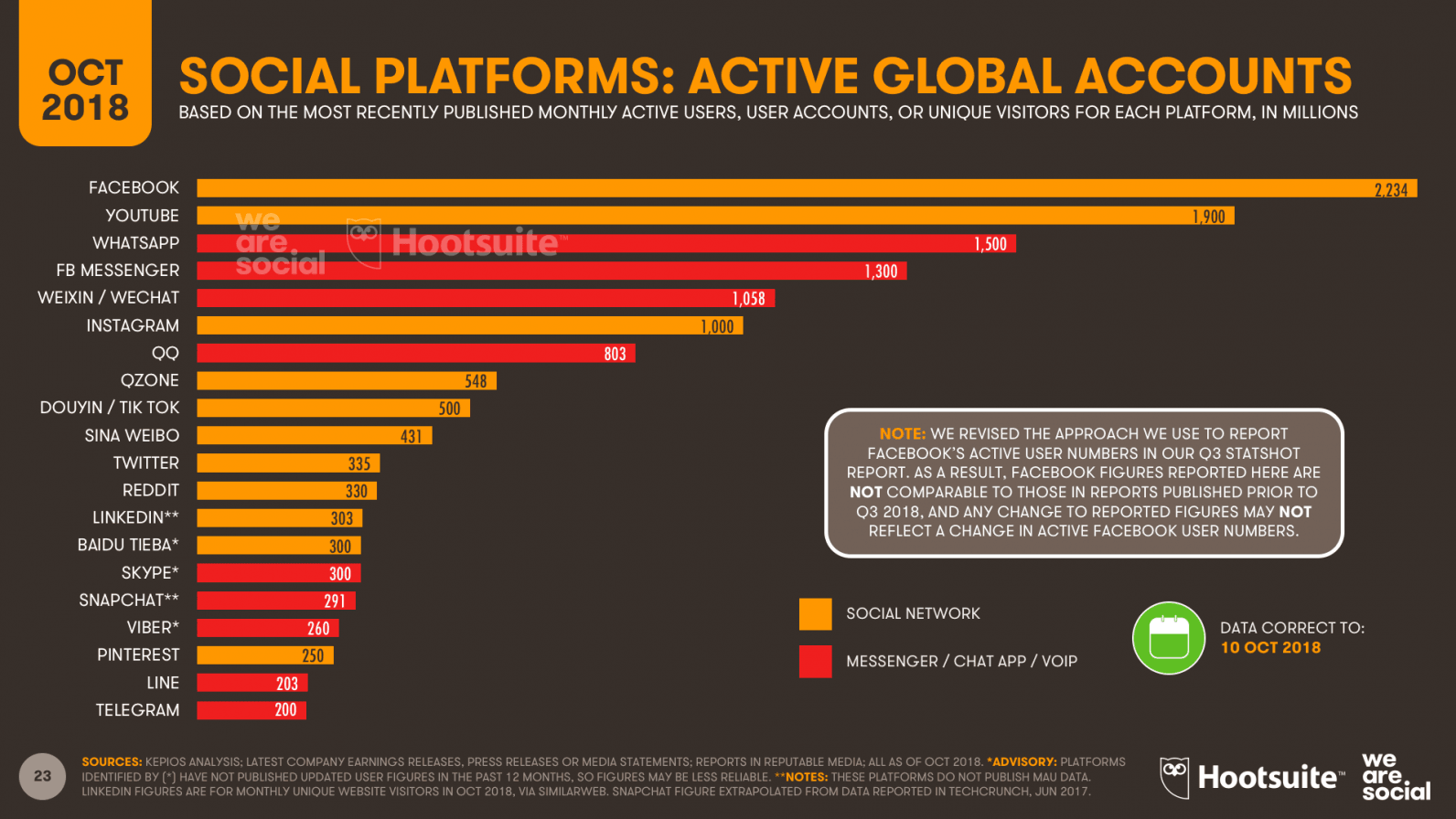