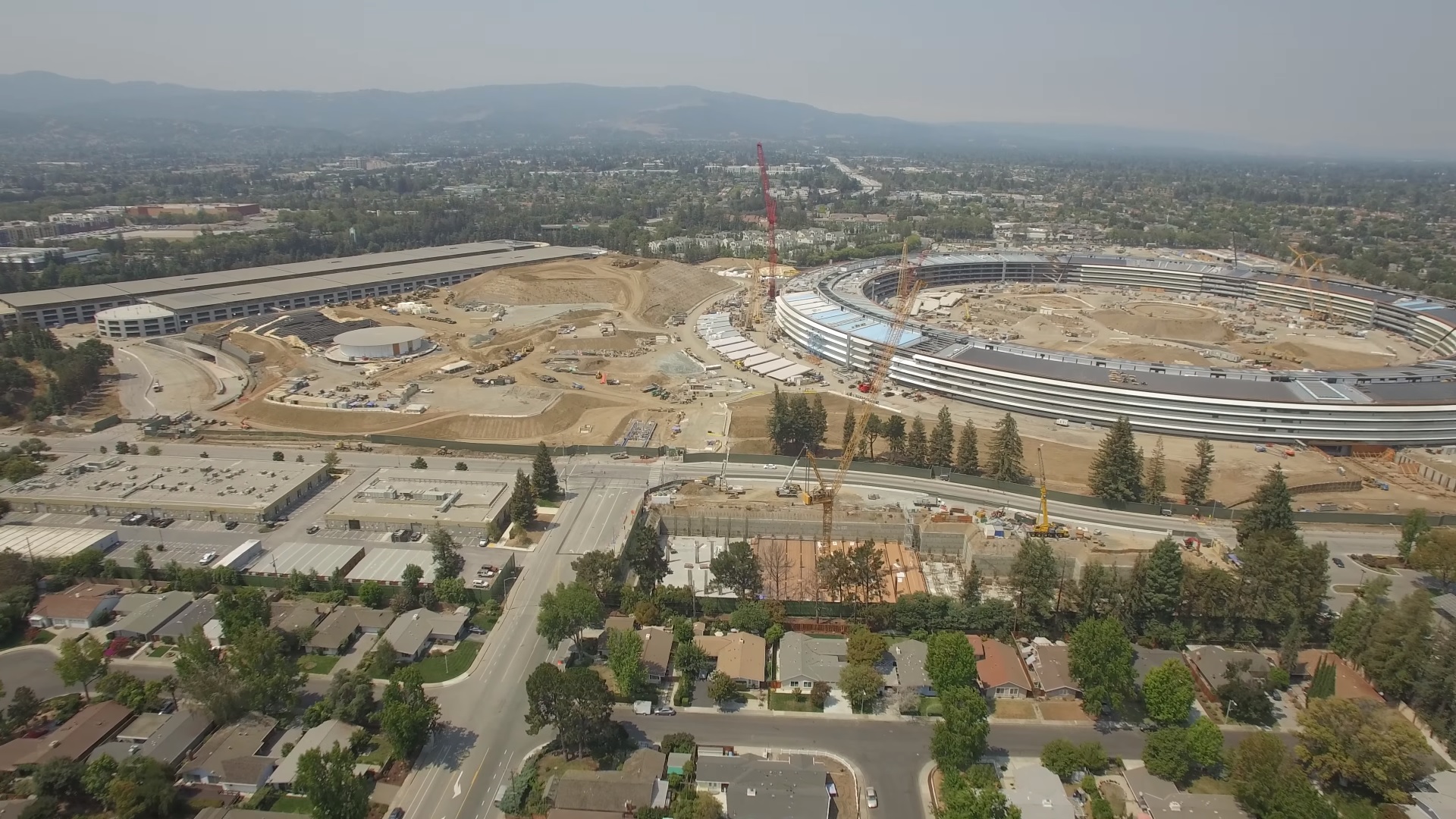 New aerial shots of the construction of megacampus Apple indicates that the installation of the glass panels of the building is almost completed, and since the last video of Apple Campus 2 “overgrown” lots of electrical substations.

In addition, in the video you can note the appearance of a huge new Parking lot for bikes, as well as construction of heating substations, located near Tantau Avenue, not far from the beginning of the motorway. The construction of giant Parking lots is almost complete. Made installation of bridges and ramps.

In the last video of the construction you can see only the tab of the new conference hall. In a new video, the building is already built and waiting to start decorating. Underground structures is almost complete, as evidenced by significantly decreasing the amount of mountain soil.

We will remind that the project of building a new corporate campus for Apple in the area of 2.6 million square meters, able to fit more than 12 000 employees, was announced in 2011 by Steve jobs.

The construction of the campus Apple Campus 2 is scheduled for completion by the end of 2016. Housewarming the company plans to celebrate in 2017, when it will be completed the construction of satellite buildings.