Artist Gullermo Sasipen-inspired design of the Galaxy S8 concept has prepared the jubilee flagship Apple. 8 iPhone operating iOS 11, borrowed some characteristic elements of the iPhone 7 and a high-end smartphone Samsung. For this reason, the “limitless” screen with rounded corners can not be called original solution. 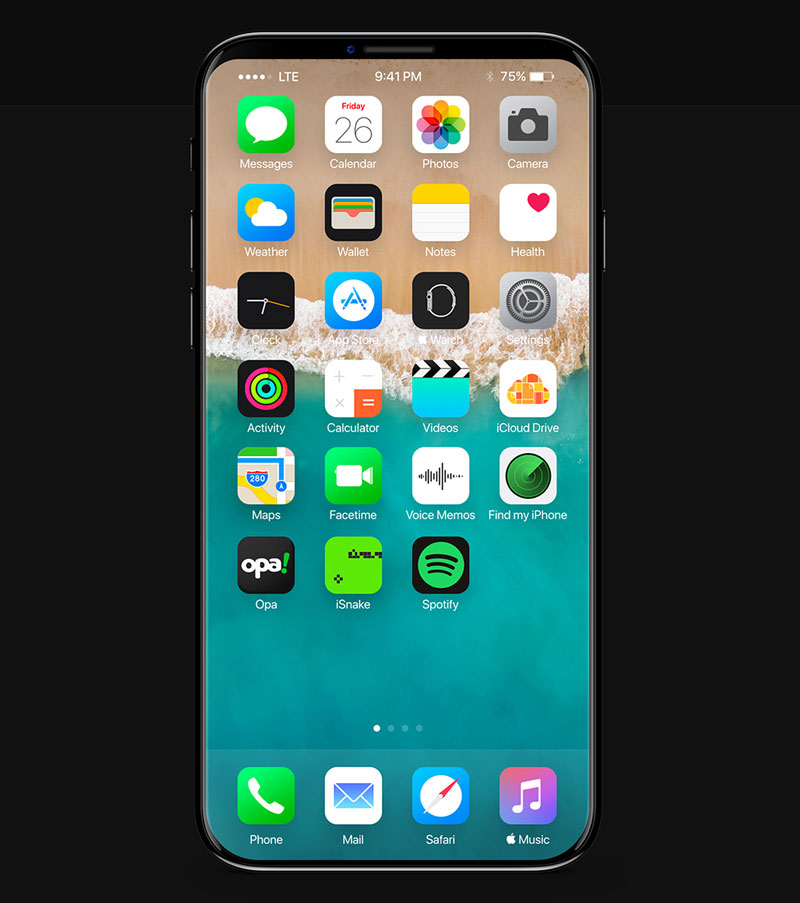 IPhone 8 renders published on the website of the designer on Behance. Based on the design of the iPhone 7, but the greatest interest there causes a Retina display OLED with integrated Touch ID, which takes up almost the entire front side of the phone. This is the basic difference of a novelty from the current models. 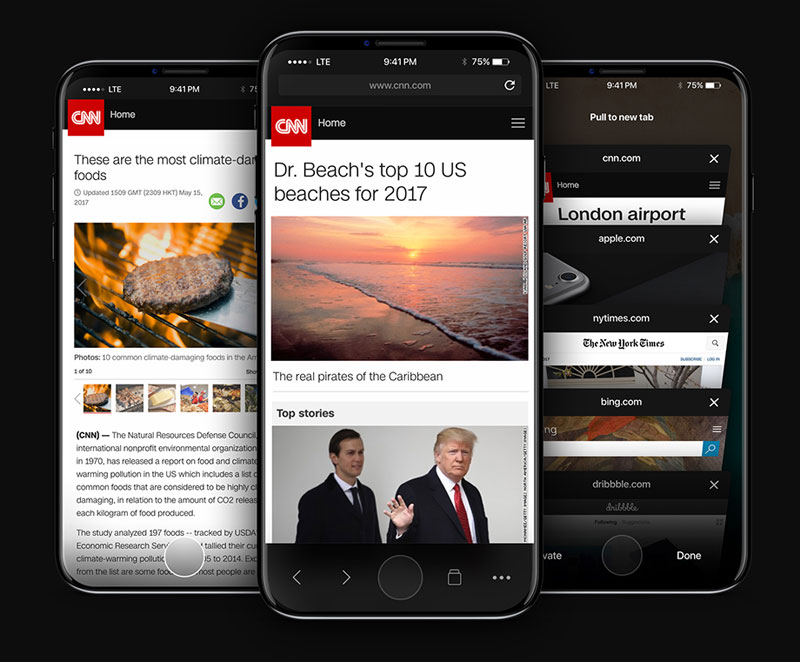 The interface of the iOS operating system 11 operates in the adaptive mode, Smart Screen. When you need more space, the content occupies the entire screen from the top to the bottom. In other cases, in the lower part indicates the virtual panel with Home key and function buttons. 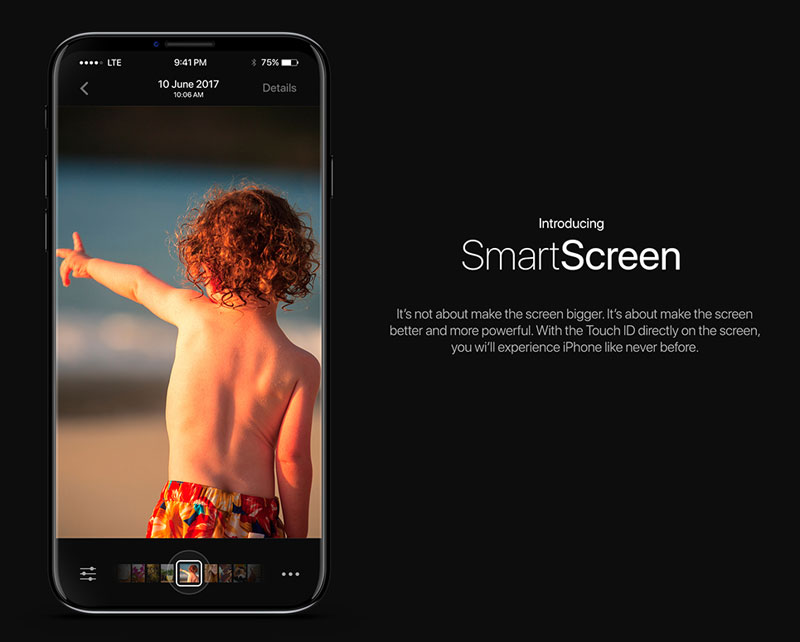 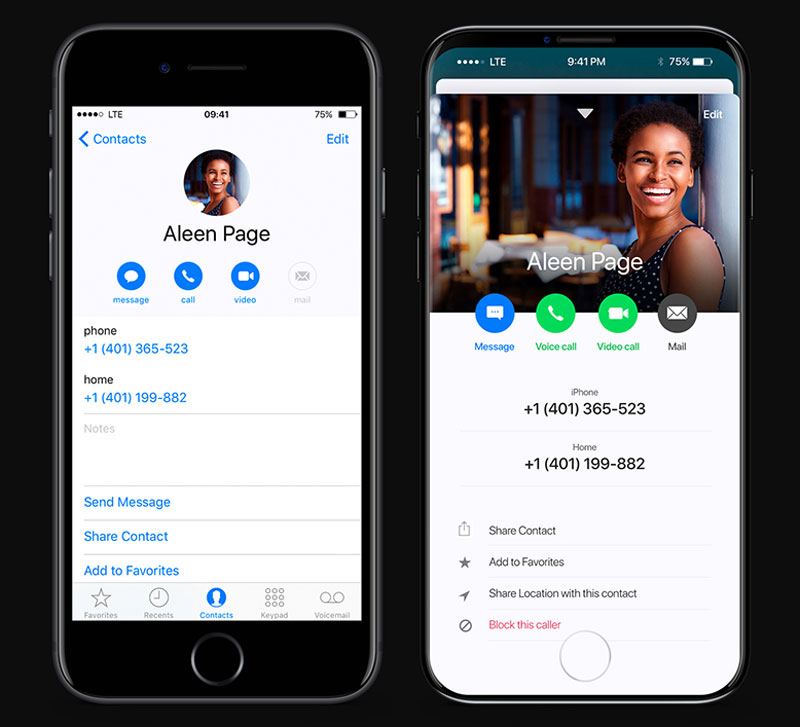 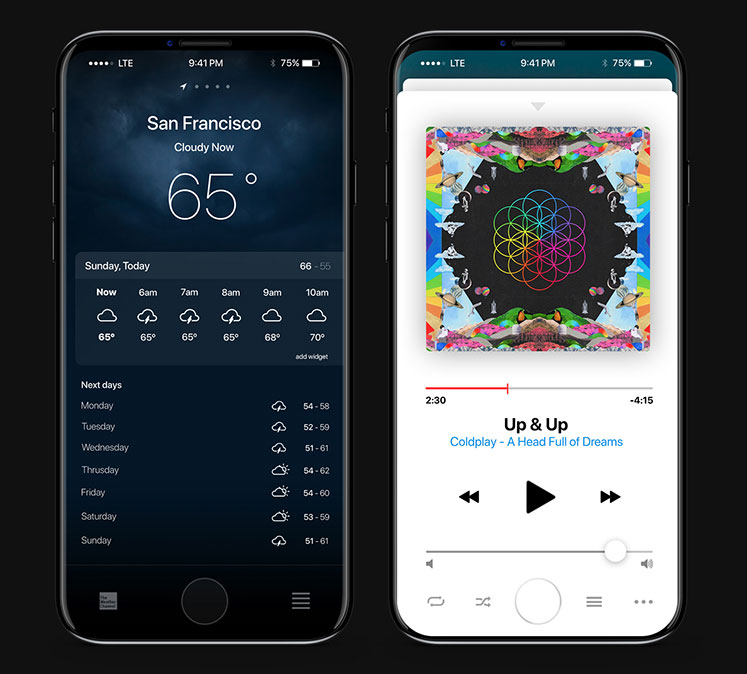 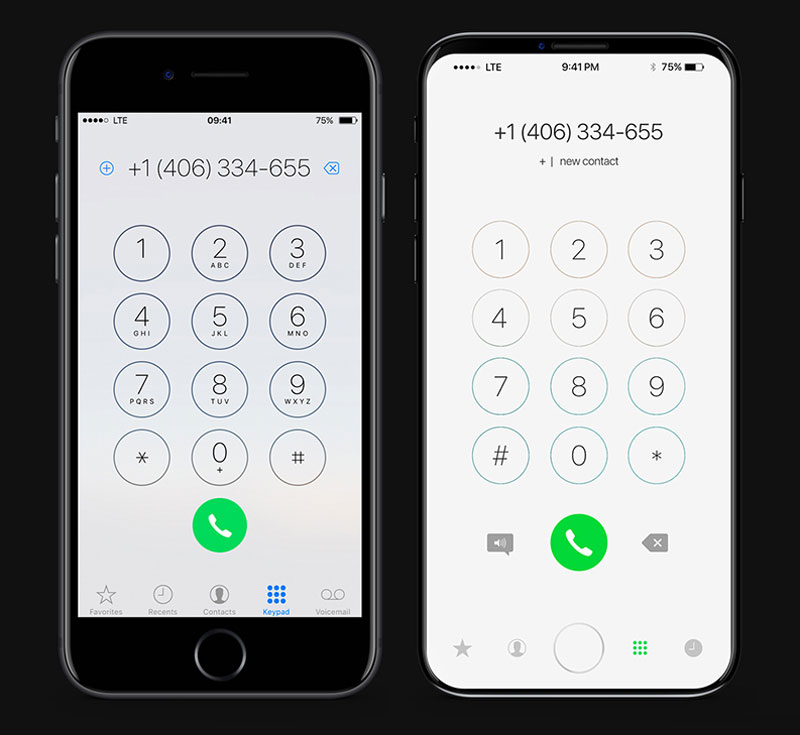 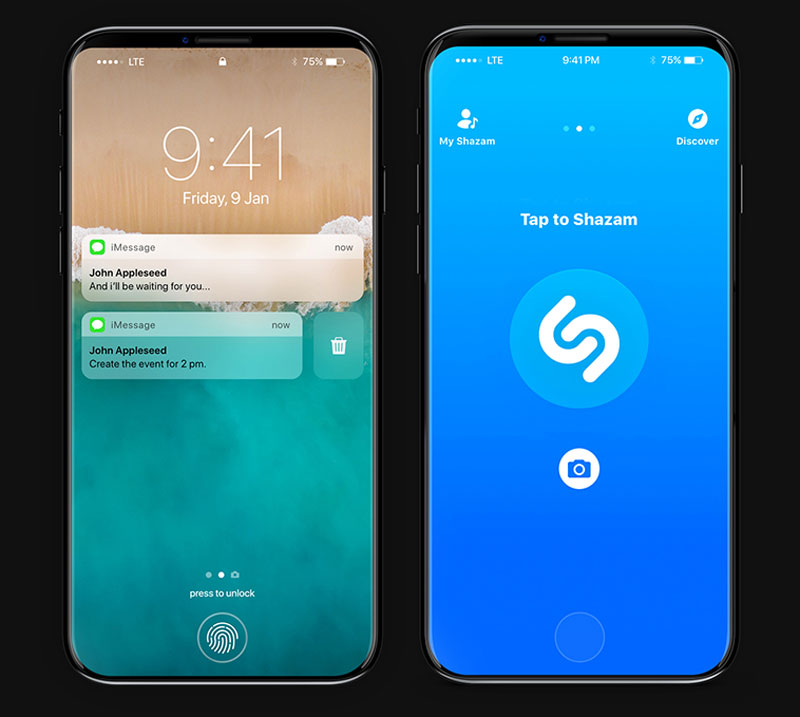 iPhone 8 will offer users a 5.8-inch display, a top-end processor, 4 GB RAM, improved camera and dual ceramic case Jet Black. On the front panel of the smartphone has the earpiece and front camera.

The value of the concept, according to the designer, is that it allows you to compare iPhone 7 Plus with a thick frame and a hypothetical “frameless” smartphone Apple with the same dimensions. It is expected that the company will get rid of the frames in the new anniversary model of the iPhone.