New iMac cannot be used as an external monitor review 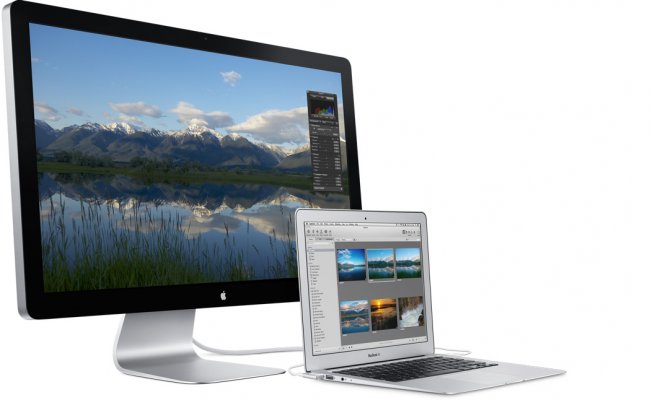 After a recent update of the iMac monoblocks all companies got a high definition display Retina. Of course, it sounds good, and looks even better. However, blushing from the many positive reviews about new products, Apple did not mention one very important detail.

Mode called Target Display, allowing the iMac and MacBook owners to use the AIO as an external monitor, is no longer available. It can’t be a mistake or incompetence of users. Updated information on the website no longer contains any mention of support for iMac 2015, much-needed function.

Probably someone this deficiency as such can not be seen. However, those who used to display output from the laptop to the 27-inch screen, are clearly annoyed.

Function Target Display was presented in 2009 and served as a real breakthrough in the field of synchronization of Mac computers. Originally to connect the MacBook and iMac used the good old Mini DisplayPort, which later came new-fangled Thunderbolt.

The possibility of transforming the candy bar in the external monitor was very well received by corporate clients. In addition, using Target Display, users have no need to purchase additional screen. Now, apparently, save fail.

Sort of the beginning of the end can be called last year’s release 27-inch 5K iMac, which also did not support the habitual function. Apple claims that it’s all in the restrictions that carries the Thunderbolt standard that does not support such a high resolution. Of course, all these tales are not worth a hill of beans. Likely, Apple plans release of new models Thunderbolt Display, which will still be “adjusted” synchronization function image.