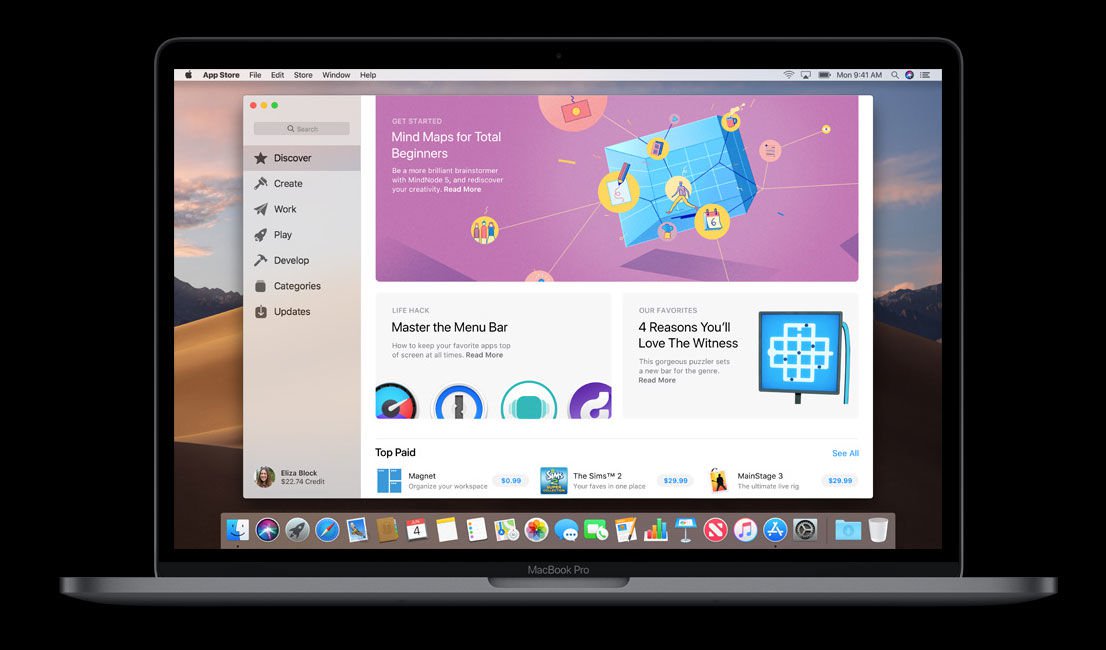 Visually the shop now resembles the same in iOS. Bold fonts, larger photos, separate categories for different types of programs. Looks nice and at first glance is very convenient. At least better than it was before.

The search shifted to the top left corner and now is faster. In the left pane displays the main types of applications. Apple did a very clever thing by dividing them by occupation. But the classic version is preserved in the tab “Categories”. 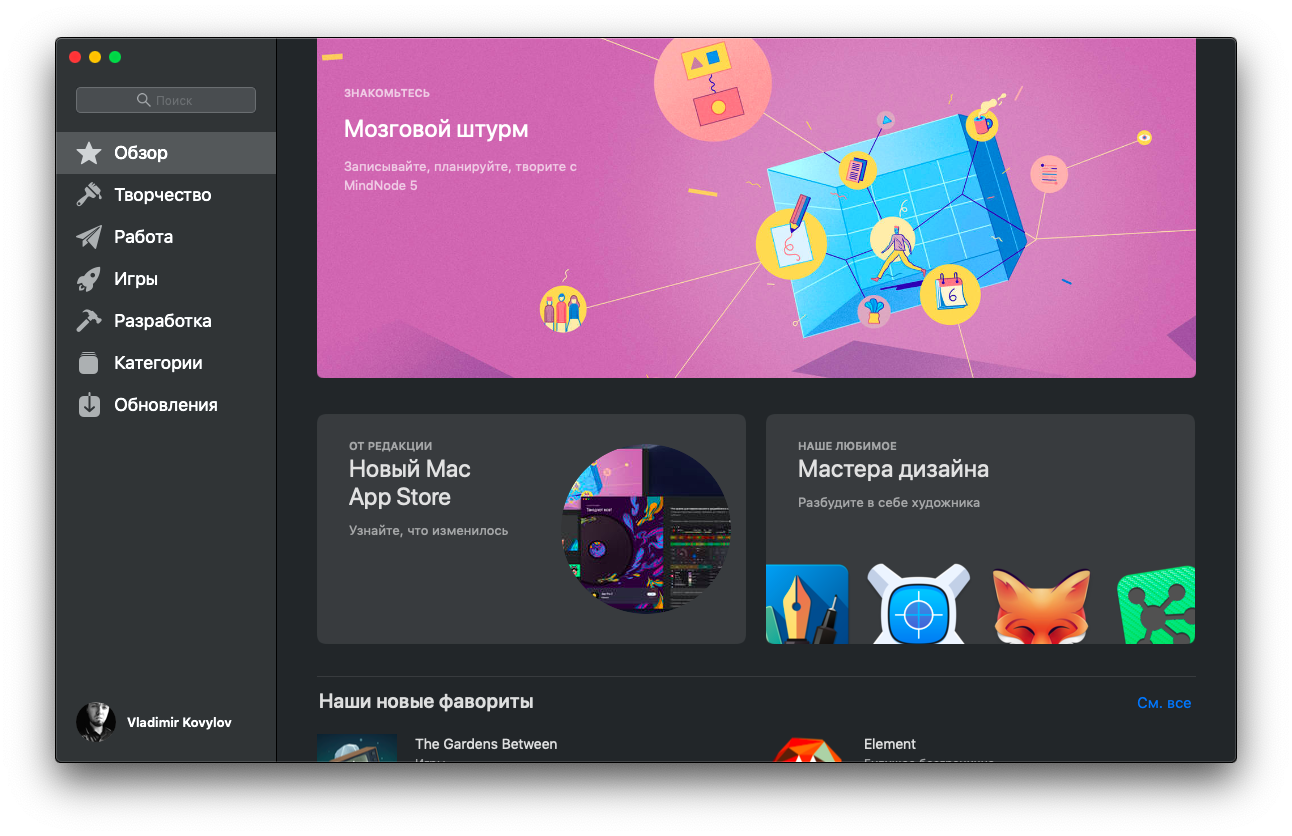 Window for separate applications, and stories are no different from those in the mobile App Store. Layout, design. All the same. Of nice changes include the ability to enlarge screenshots of programs. 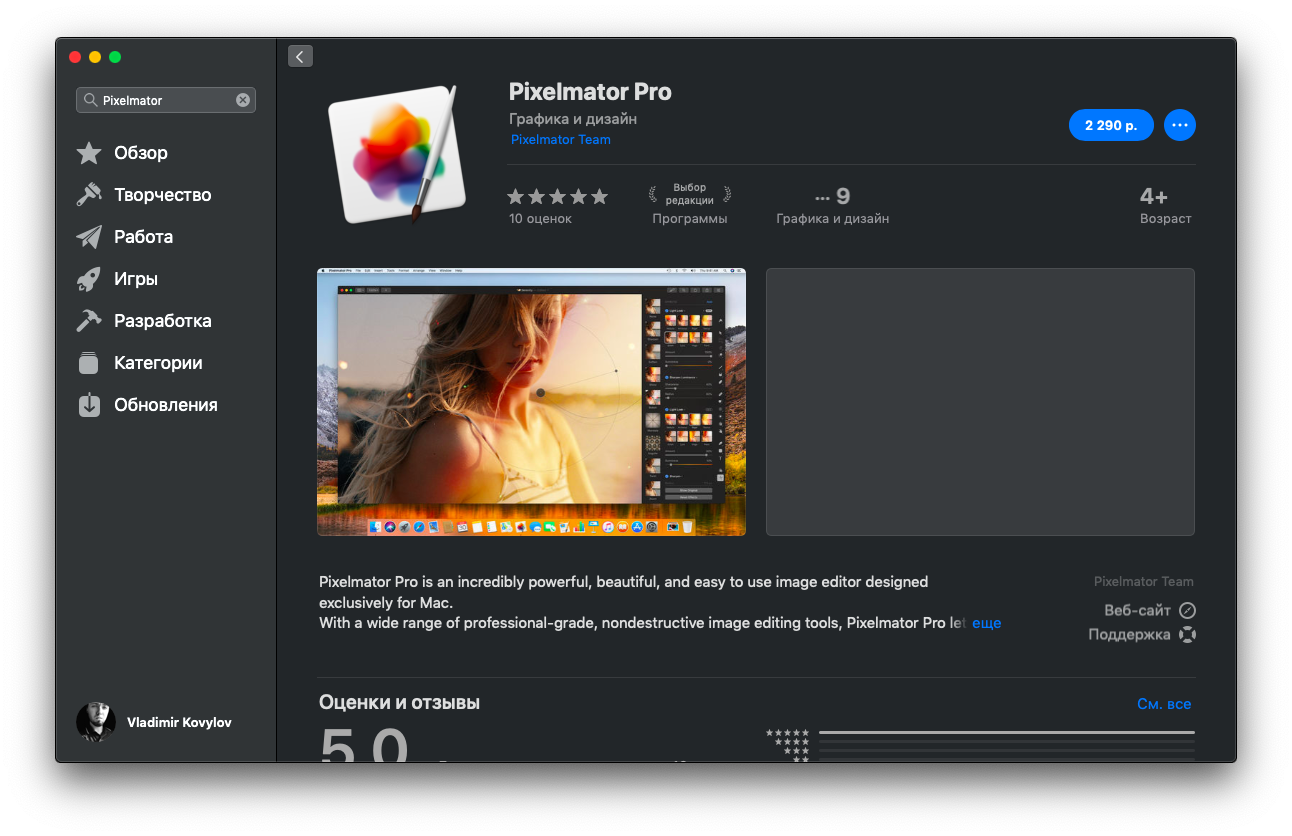 In the tab “Updates” shows only new versions of installed applications. All the latest system components (including Safari and iTunes) will appear in the settings of your computer.

Apple has identified four major categories of applications. Artistic software, games, utilities and developers. Each tab has its own top-end products, history, favorites collection of apps. Selections such as “the Best task managers” and “Role-playing games that we like”. 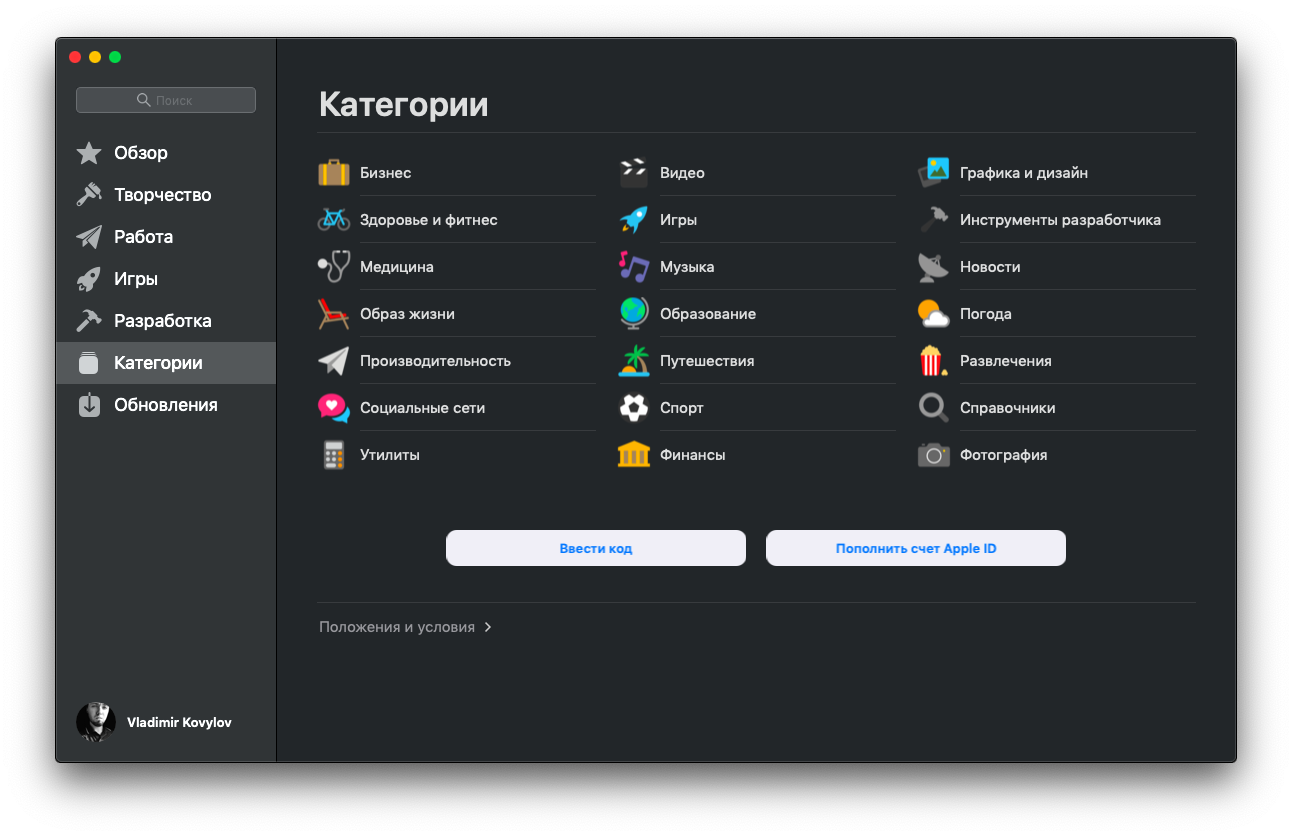 This approach Apple really happy. Early in the Mac App Store was difficult to find anything. Now for the work are curators, which will be weekly to make new collections and stories. This much was not enough.

This feature may seriously affect its fate. One of the reasons why people stop coming to the Mac App Store is boring. There’s nothing to do and hard to find. In the App Store for iOS, Apple has fixed the problem by adding stories and collections from real people. The attendance of the shop greatly increased due to the activity of curators. 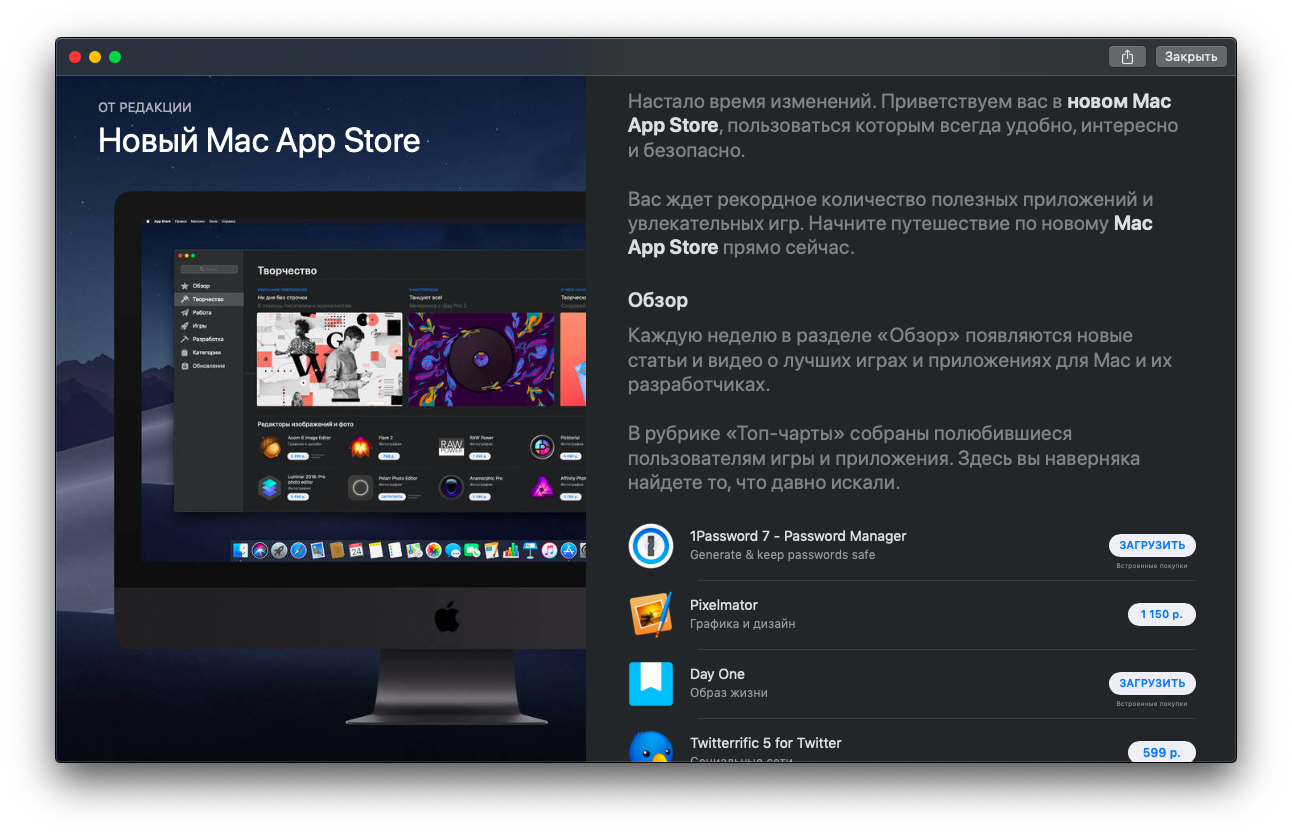 The same thing can happen with macOS. Users do not know about many cool programs, but Apple employees will be able to tell and interest them. New findings are always encouraging, so people will be more interesting to return to the Mac App Store for easy software.

Apple decided to give free rein to developers and allow them to go outside their “sandbox”. What does this mean for end user? Now in the Mac App Store will appear Microsoft Office, Adobe Lightroom, Bare Bones Edit, Transmit and other products that previously had to be downloaded from third-party sources. 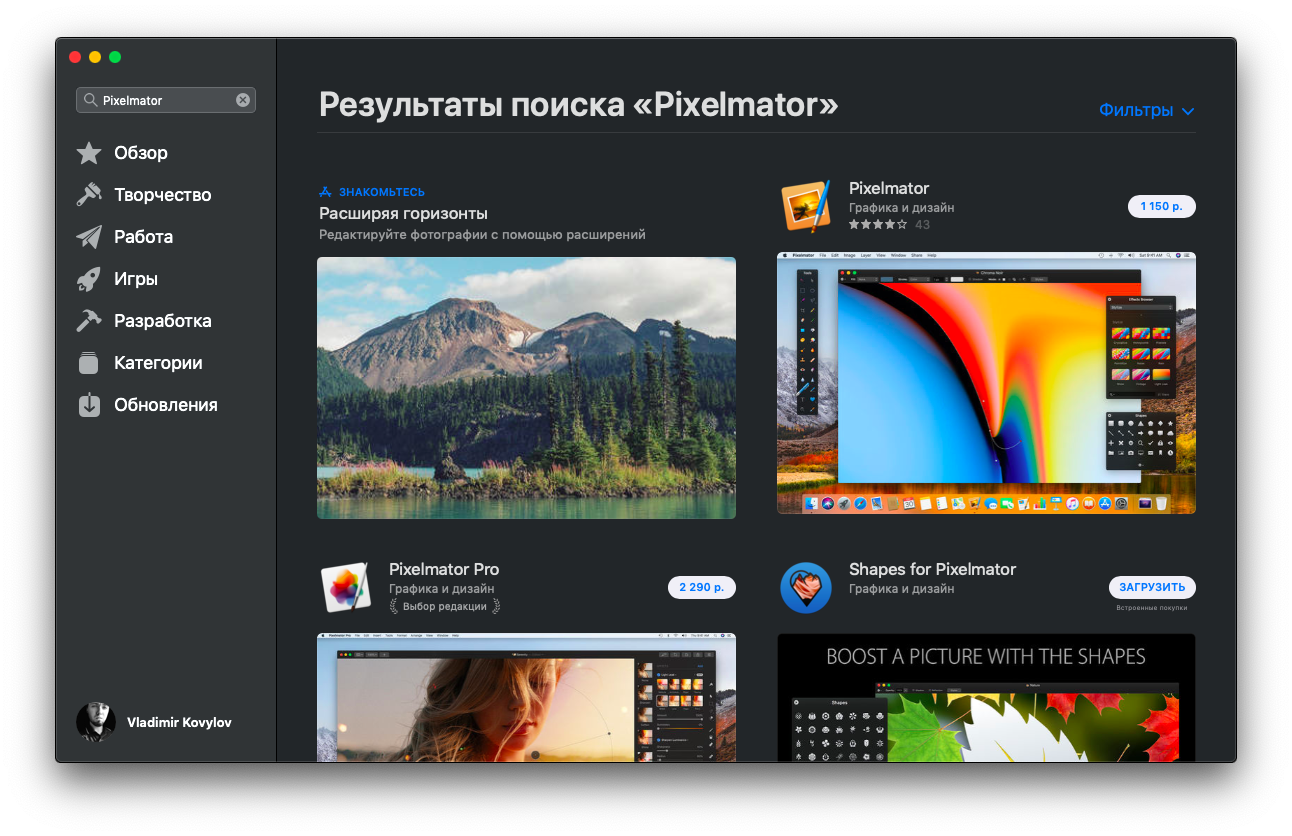 Soon all extensions will eventually migrate to the Mac App Store. Now Apple doesn’t allow to set them from the old site, and translates to the appropriate section in the app store. Because of this, all developers will have to release new versions of the extensions that link to apps in the Mac App Store.