Network of fast food restaurants KFC has released a high-tech boxes for food Watt a Box. The new packaging will allow the buyer not only tasty lunch, but also to recharge your smartphone. 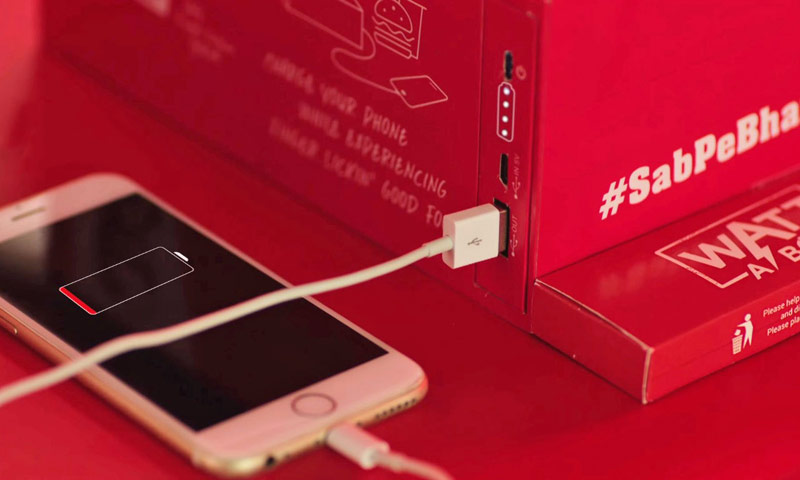 New limited menu available for the customers of KFC in the Indian Mumbai and Delhi. The proposal consists of the usual fast food Burger, Cola and stripsy, which complements the battery and Lightning cable. The company has taken care about users ‘ Android devices, placing the box of food micro-USB connector.

The cost of a limited menu, not reported, but it is unlikely it will be different with their budget. 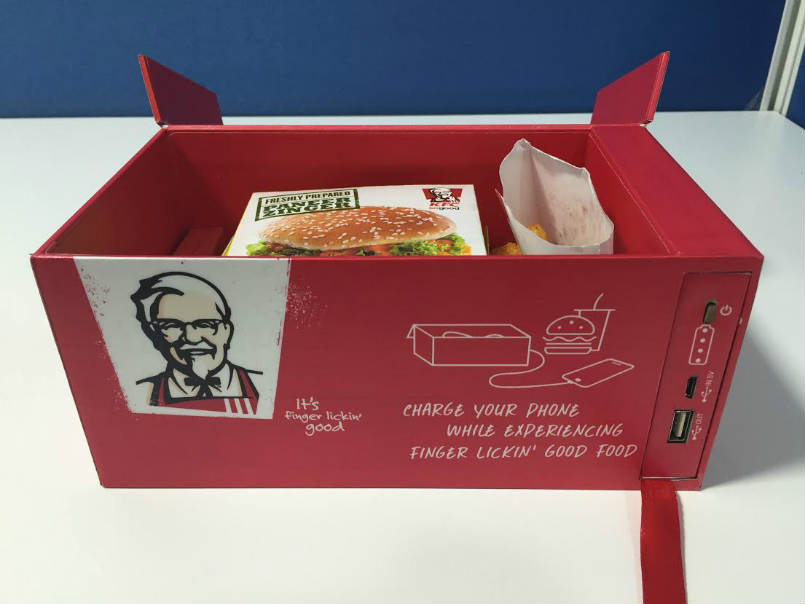 Power source for which the stated capacity 6100 mAh, you can retrieve and use later without the box. However, journalists who tested a Watt Box, was unhappy — connected iPhone 5s for a half hour recharge only 17%. The battery is completely dead.