While working with iOS devices in the App Store and iTunes Store is often required to enter the Apple ID password, but sometimes it happens suddenly, due to something running in the background.

New blog post developer Felix Krause explains how this popup can be used to steal Apple ID and password.

Krause said that the app developer for iOS can incredibly easily recreate the query Apple ID. This window is later able to intercept a login and password. The query in your application code takes less than 30 lines and goes unnoticed by the moderators App Store.

Photos: left — the official pop-up. To the right is a fraudulent pop-up window. 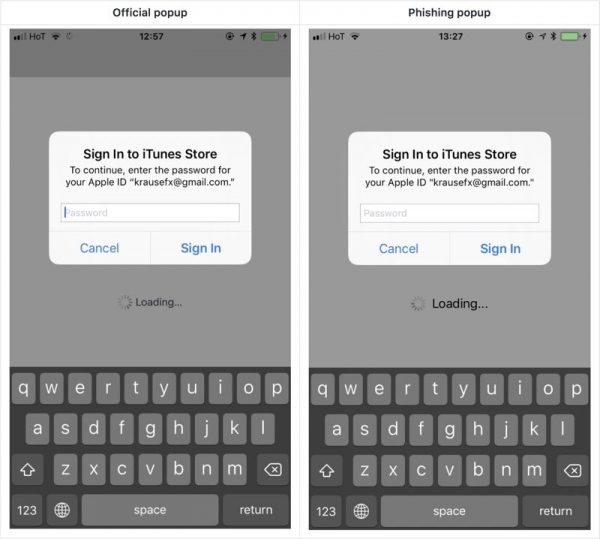 Felix Krause reported the problem to Apple and added that the company could prevent entry of the password in the pop-up Windows, and be allowed to do so only in settings or the App Store.

To protect yourself from such problems, the developer prompts you to press the Home button and see if the app is closed. If along with the program closes and a pop-up window, it was phishing. If not, this system query Apple, it’s all right.