In the Internet appeared the video of the new Apple smartphones, the announcement which is expected only next month. The author of the video showed 4K all the details of the design of new products, and pointed to their structural features. 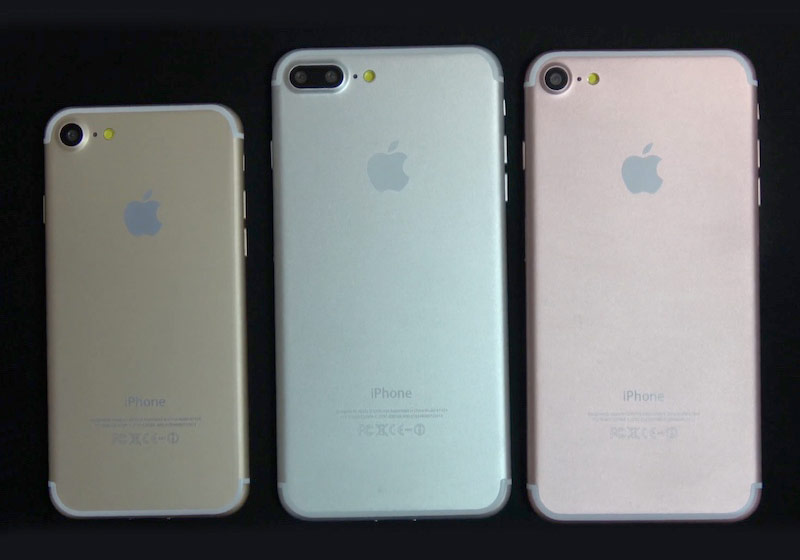 YouTube channel Bshop Kuwa released video of the three smartphones Apple – iPhone 7, iPhone 7 Plus iPhone 7 Pro. According to the author of the video, the device is passed to the representative of the Chinese company that develops accessories for Apple.

The video shows that the plastic strip present at the rear of the case, the iPhone 7 has been moved up and down on the ends. And the new camera modules that protrude from the case more than ever. The device has no 3.5 mm headphone Jack – he was replaced by the second dynamics. Getting rid of the audio Jack, Apple managed to increase battery capacity and increased the waterproof properties of smartphones.

Judging by the video, two of the three models have the same screen size, and the third smaller. Earlier leaks promised, the release 4.7-inch iPhone 7 and 5.5-inch iPhone 7 Plus with dual camera. Now we are talking about two different variants of iPhone 7 with a 5.5 inch display.

Two major models of the new device do not have design differences with the exception of the camera – one of the models it is double. This device will receive the prefix “Pro”. Apparently, it is also about improvements at the level of hardware.

The device in the video is made in the body in three colors – silver, gold and “rose gold”. It is expected that this year’s iPhone lineup will add another color Space Black or Deep Blue, but this option has not caught on video.

We will note, earlier it was reported that the next generation iPhone will be a touch Home button with support for Force Touch technology as on the MacBook, which should be their hallmark. But the video about it can not be judged. Externally, the front panel of the novelties is no different from the panels of the iPhone 6s and iPhone 6s Plus.

It is expected that iPhone 7, the company will not increase the screen resolution. Meanwhile, the device will have a new top-end Apple A10 processor and RAM size of 3 GB that is 1 GB more than the iPhone 6s.

The official announcement of the new iPhone will be held in September 2016, a year after the presentation of the current flagships. It is believed that the “professional” model of the iPhone 7 Pro complement a couple of iPhone 7 and iPhone 7 Plus, becoming the most expensive smartphone in Apple’s history.