Now Snapchat will be able to play AR games video

The company Snap announced the project Snappables. This is a new mask, which contain various game mechanics. And they are each forced to look ridiculous. 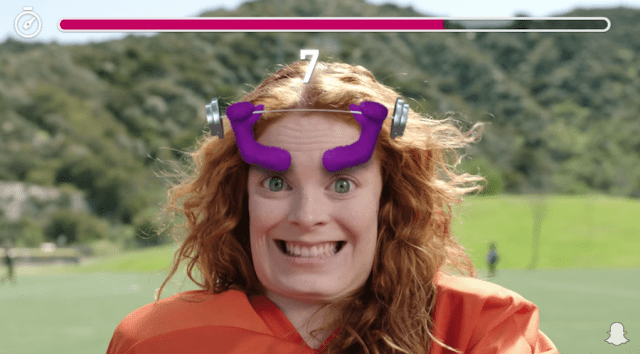 These games in augmented reality can be found where the dog’s ears, glasses and other “decorations” to the left of the shutter button. To be used Snappables, you must open one of the new masks, and then follow the instructions in the app.

Some of these games offer to create a joint virtual rock band with your friends. Some of them are based on existing game projects. For example, can become the captain of an intergalactic ship and fight the aliens. Instead of a joystick in Snappables used face and motion of the user. Earn points by moving your eyebrows, opening your mouth and moving your head in different directions.

Snapchat representative said that the company’s employees enthusiastically looking at the future of the new masks. In his opinion, Snappables will mark a new era for the application. Previously, masks were only used for transformation users. Now they will be able to interact with them in a playful way, and to immerse themselves in augmented reality.