Nvidia in London held a presentation of the new GPU series GTX 10 for laptops. According to the manufacturer, the GPU based on the architecture of Pascal provide the highest performance, efficiency and support of VR in portable computers. 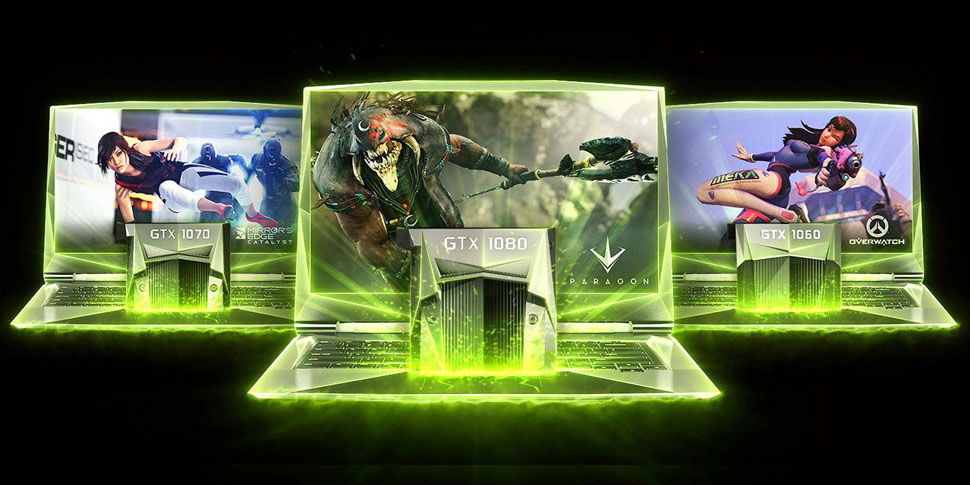 At the event, Nvidia revealed the GeForce GTX 1080, 1070 and 1060, which are “twins” GPU for desktop systems. In GPUs of this series on the basis of the Pascal architecture used 16-nm FinFET process; however, they are characterized by high performance and an optimal ratio performance-to-power.

“We’ve been waiting for this moment for a long time”, — said the representative of Nvidia. New video cards for laptops do not differ from their older counterparts in technical specifications. During the presentation, the company launched to demonstrate the capabilities of the mobile GTX 1080 game Gears of War 4 in 4K resolution and 60 fps.

Graphic processors for laptops GTX also supports Nvidia Battery Boost, providing twice the operating time from the battery at high loads. The processors also support Ansel is a tool allowing to build a frame in the game with powerful new tools. Technology allows you to point the camera in the scene and set it anywhere in the game world. You can also create 360-degree stereo panorama and view them in VR-helmets or Google Cardboard.