French startup padawanlab raising money on Kickstarter for an amazing Doc in a minimalist design that is made of oak and is endowed with many additional features. 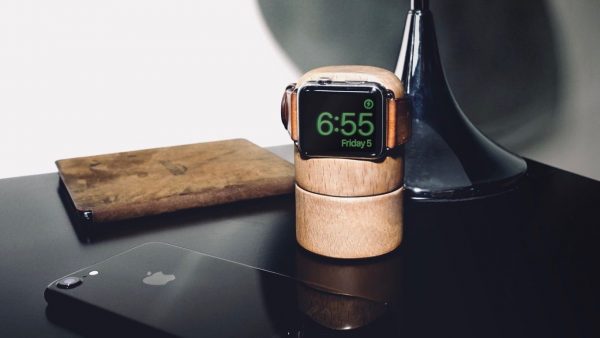 Totm+Тravl consists of two parts. Totm is the upper portion of the docking station, which contains a cable for charging the Apple Watch and can be used separately.

Travl is a smart battery that uses a Bluetooth that supports HomeKit and IFTTT. Using Totm+Travl together, the user can select what actions are performed when fully charged the watch when the watch is removed from charging, etc.

Built-in battery Travl allows you to extend the Apple Watch to 1 week. Travl charging is through the USB-C cable, which is included in the kit.

Travl is controlled via apps on iOS, which includes calendar integration for intelligent notifications, for example, remind you to charge Travl before the trip.

The cost is 29 euros Tomp, Tomp+Travl — 59 euros. The first owners will receive their devices in December 2017 if you order only Tomp. Tomp+Travl is not expected before March next year.