On OS X there are no Trojans? Wrong 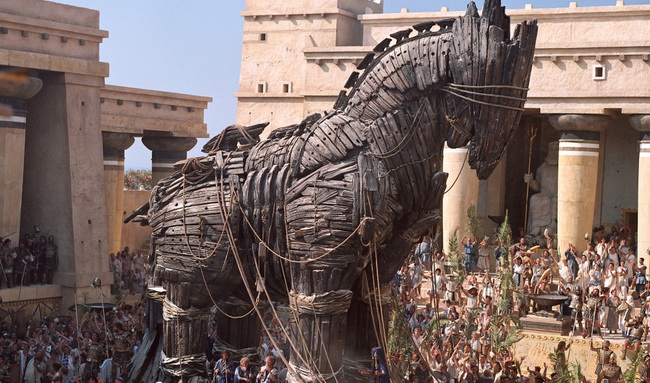 Many Mac users (including myself until recently) believe that after migration from Windows devices safe from any viruses or Trojans, so ignore installing antivirus software and leave your PC defenseless in the event of a serious threat. However, last night our editorial staff on a personal example it was convinced that “catch” malware on OS X is very real. How to protect yourself from such problems, and what to do in case of “infection”? Will now describe.

Last night after downloading an app from one famous torrent tracker we should do in such cases, has launched its installation. The fact that before installing the software installation required the administrator password, did not bother — it is necessary when installing almost any program. The installer program look exactly like the real thing. It would seem that nothing boded trouble.

After the installation with the computer on OS X started to happen strange things: on the websites there were showcases of obscure shops, the tabs in the browser open randomly by themselves, click the links led somewhere completely different than I had. Click on a conventional white section on the website opened a new browser window. In General, miracles abound.

After some deliberation, it became clear that the computer has lodged malware. For its detection we decided to use anti-virus utility Dr. Web for OS X. After some time the app found four threats on your computer.

Trojan was neutralized immediately after its discovery program.

As you might guess, after that all problems disappeared and the system was again working normally. But why did it happen?

The thing is that many of the programs that are downloaded from torrents, can be unsafe for your computer. Attackers can “sew” in it any malware, and you will open the access to your system after entering the administrator password. And enter it anyway — I, for example, perform these steps already by inertia. Therefore, when you download applications with torrent trackers, and install them on your computer, put your working machine potential threat. The same pirate Photoshop from Adobe often comes with such “surprises”.

It was later found that a similar problem was faced not only we, but also other users.

Such threats are eliminated when you install software through the App Store or from a reputable website developer. So by downloading another program from the torrent, a hundred times do you really need all this headache.

Download Dr. Web and check your Mac for possible threats via this link.