Apple mobile devices do not have slots for memory cards. To remedy the situation are called universal device for reading memory cards Dash-i and Dash-i Plus. 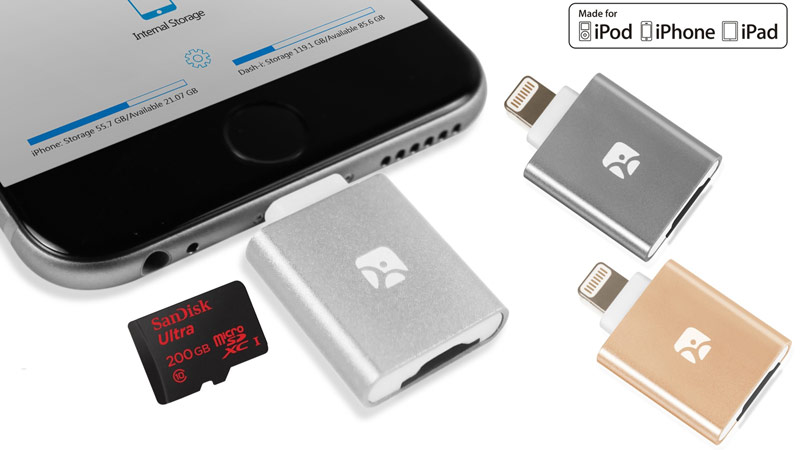 Equipped with a Lightning connector devices offer the possibility to store, transmit, broadcast, and backup information with a microSD card so that the owner of the iPhone, iPad and iPod touch will be able to access your photos, videos and music anytime and anywhere. The card reader can be connected directly to the smartphone and the tablet, thereby allowing a quick access, transmission and storage up to 128 GB of data. 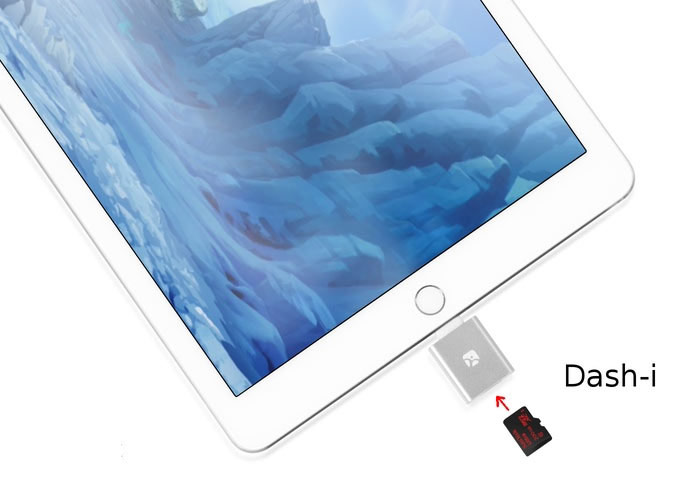 As stated, Dash-i — the smallest card reader for gadgets from Apple. A distinctive feature of several larger sizes of the device the Dash-i Plus is the ability to simultaneously use the port for charging using the charger and cable with microUSB connector. 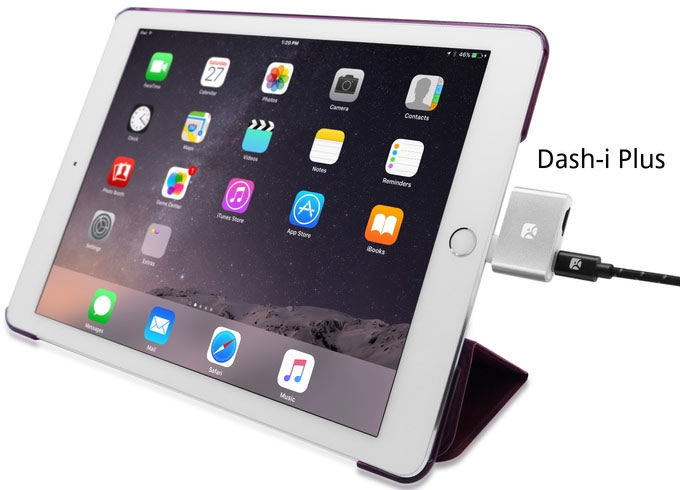 Most importantly, a new device for reading memory cards failed to overcome the barrier of inaccessibility that occurred while transferring data from Android. With the help of new users of “guglofonov” can easily transfer all your data on your iPhone or iPad. The authors of the project promise that the Dash-i and Dash-i Plus will receive a certificate from Apple MFi and fully compatible with all versions of iOS.

Funds for the release of Dash-i and Dash-i Plus has successfully collected on the website KickStarter. While the original goal of $10,000, the developers managed to collect more than $66 000 and appealing to almost 2,000 people. Deliveries of the novelties of the first customers is scheduled for June of this year.