One of the first Apple computer auctioned for 12 million rubles

One of the first Apple computer auctioned in Germany. The organizers expect that the price of the Apple-1, is not able to perform basic to modern computers the task, may reach $335 000 (about 21 million). 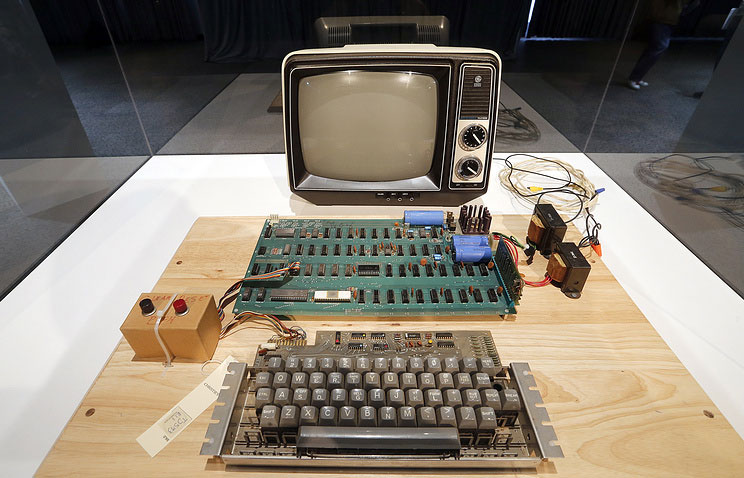 The Cologne auction house plans to bail out of the Apple-1 from €180 000 to 300 000 (12-19 million). “Processing power is such that she would be unable to write and one of today’s posts by email” – said in a statement the auction house. But the value of the computer is not in its functionality, and that to date there are very few working machines.

When, in 1976 Steve jobs and Steve Wozniak presented their first child — computer Assembly — in the network of computers the Byte Shop, Paul Terrell, the latter was quickly considered a potential problem and gap in the market. “I need designed and tested a device that could be sold to those who really want to use it, not just the “techies”” — he recalled in one of his interviews in 2015.

My first batch consisting of 50 computers Apple-1, the young entrepreneurs sold at $500 apiece. So was born the first ready-to-use personal computer. Wozniak and jobs equally invested in their abilities and hard work, while Terrell, acting as “honorary co-founder”, just at the right moment provided the inspiration.

The Apple-1 is a motherboard on a wooden Board without any additional devices. The computer came without a casing, keyboard, power supply and monitor. The owner himself had put it into the case, attach the key from an electric typewriter and a small TV.

Offered to sell this model served as the head of the company Steve jobs, and the price of $666,66 (on the idea of jobs, she had to throw in the eyes of the buyers). Total was made about 200 of such devices. To the present day, according to the experts, reached only a little more than 50, and only six of them are in working condition. Despite the fact that the Apple-1 at the time, has not received special popularity, his appearance was the first step towards Apple-2 — the model is much more reminiscent of today’s personal computers.

Auctioned Apple-1 (serial number 01-0073) is accompanied by an archive of historical documents including purchase receipt, dated November 1976, the very first version of the user, correspondence with the company Apple Inc. and even record telephone conversations with Wozniak in 1977.