Opinion: the confrontation between iOS and Android is reminiscent of the battle of Mac and PC

During the conference, the Code Conference a well-known analyst and venture capitalist Mary Meeker presented the Internet Trends Report report. In the presentation of over 200 slides, there were some interesting graphs concerning the confrontation between the Android and iOS platforms. According to the analyst, iOS continues to lose market share at that time, as the Android presence is growing. Meeker believes that the battle of the two mobile operating systems is reminiscent of the confrontation between Mac and PC. 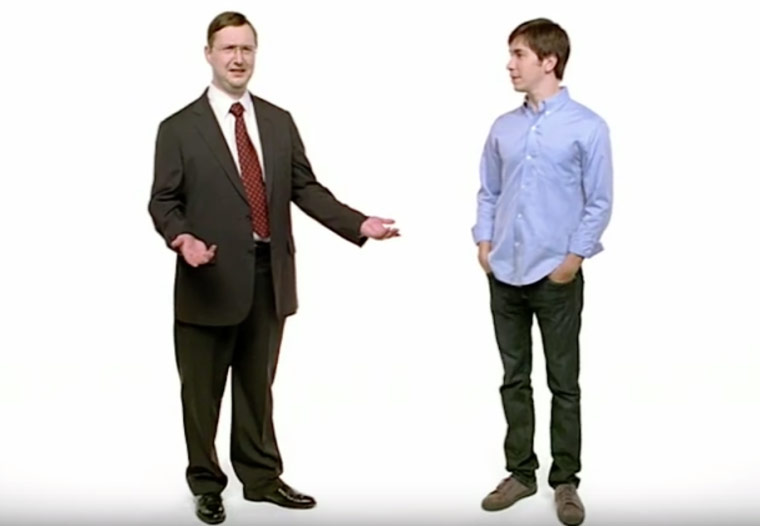 With iPhone Apple adheres to the same strategy, as many years ago with Macintosh. The company has released a revolutionary device with a unique set of features and is priced much higher than existing market solutions. The price of the first model iPhone with contract $499 and $599, which was unheard of at the time.

When in 1984 Steve jobs introduced Macintosh, the first computer with a GUI instead of text commands – the market was dominated by IBM; when iPhone came out, the leaders in sales of phones were Nokia and RIM. In both cases, Apple took a leading share, but recorded a sharp demand for their products. 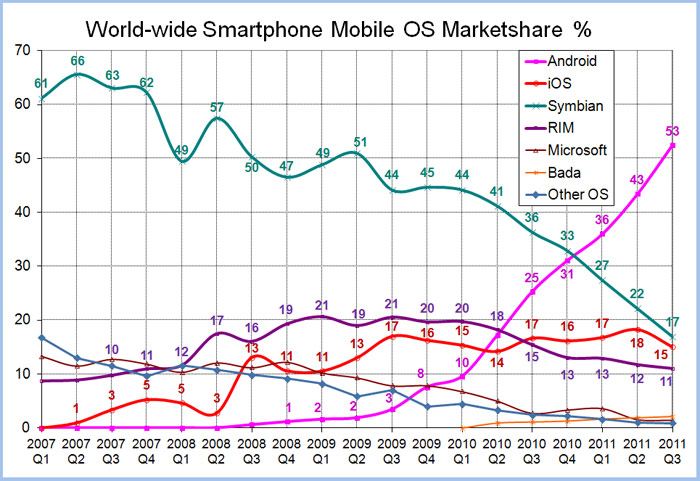 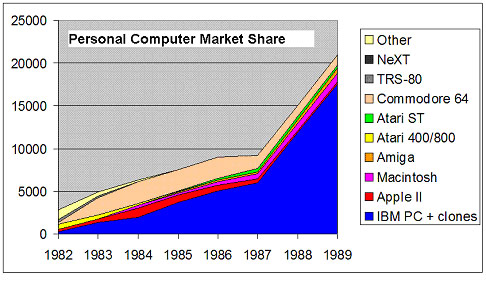 Today Android is the dominant mobile OS with a wide range of models to suit every taste and budget. The same is true for the PC market, where the most popular OS is Windows. And now Apple is facing the challenges that has ever dealt with: they then touched the PC market, and now smartphones. Apple products always had a high price tag and high level of security. Other manufacturers offer a more affordable solution, but at the same time they are more open. The situation is déjà vu: the company follows the strategy with the iPhone and gets the same result as with Mac.

According to Meeker, the average price of mobile products “Apple” of the company in 2016, $651, and Android – only $208, that is less than three times. The same is true for computers. According the Apple, now the average cost of a Mac is $1270, while for the PC this figure is $379. Thus, in this case, Apple products are 3 times more expensive than the competition. 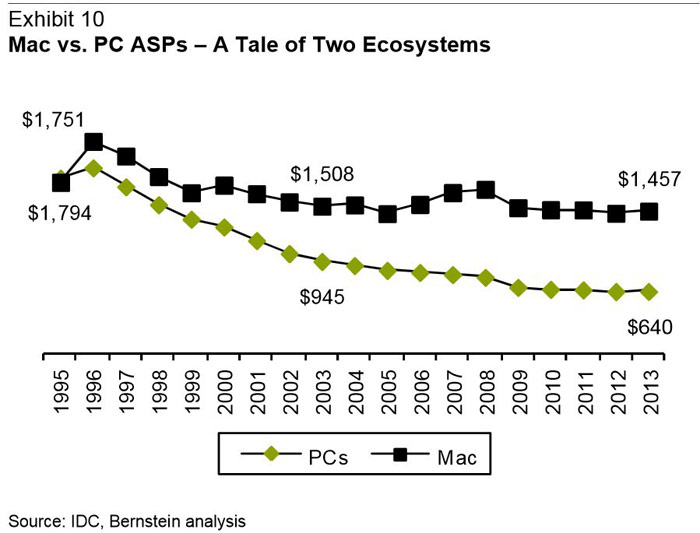 In fairness I must say that in the Mac lineup, Apple is not seeking to reduce the price, as many buyers are willing to pay more for reliability and quality. In the past 15 years, Mac sales have remained stable with minor fluctuations related to economic reasons.

According to IDC, and Bernstein, in 1998 the average price of Windows PCs was $1500, and in 2013 – $640 and continues to fall. Similarly, says Mary Meeker, in 2010 the average cost of Android device reached its peak of $441, and then began to decline rapidly and reached $208. This year, however, Apple can fix the reduction of the average price of the iPhone due to enter the market in India and other developing countries, as well as the announcement of the iPhone available SE. 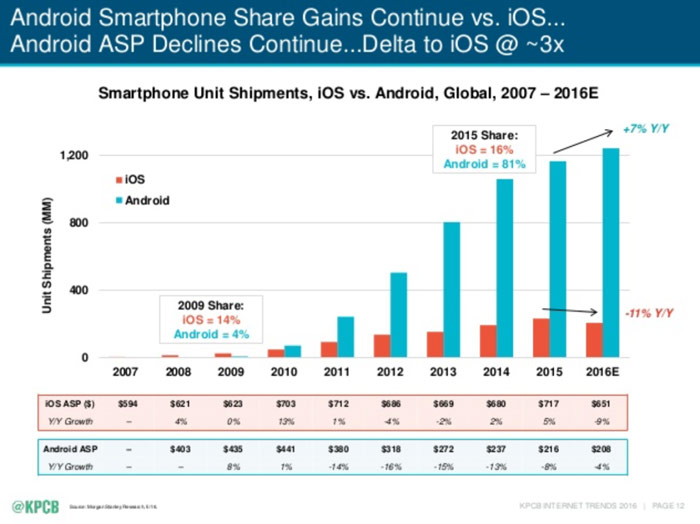 If you look at the numbers, at this point Apple is 7.4% of personal computer market and 16% of the smartphone market vs 87%, which belong to the Android.

In many respects for Apple repeats itself the era of “I’m a Mac I’m a PC”, but this time “I’m a iPhone, I’m a Android”. The company knows that its products cost more than competitors and offers a higher level of user satisfaction, so little to worry about market share. So it was with Mac, so it is with the iPhone.