On Monday, Apple announces new operating system iOS 11. It is expected that the new edition will receive several major innovations and improvements on the part of the user interface. In the web already rumors about this, but the official details yet. Designer Litaya have considered all the most awaited iOS 11 and introduced the concept of the “ideal mobile OS”. 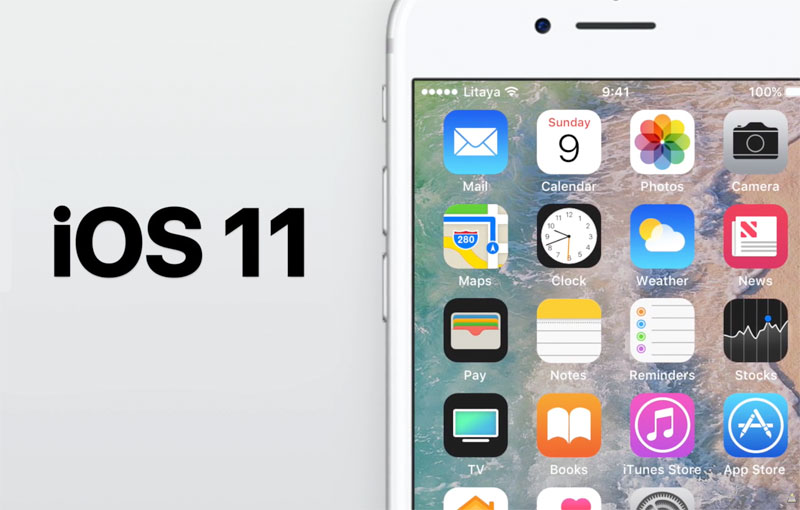 The artist proposed to improve the widget in the iOS 11, which have long been asking iPhone and iPad users. Here you can add not only interactive applications but also system features, such as buttons and switches of the control unit and operating system settings. 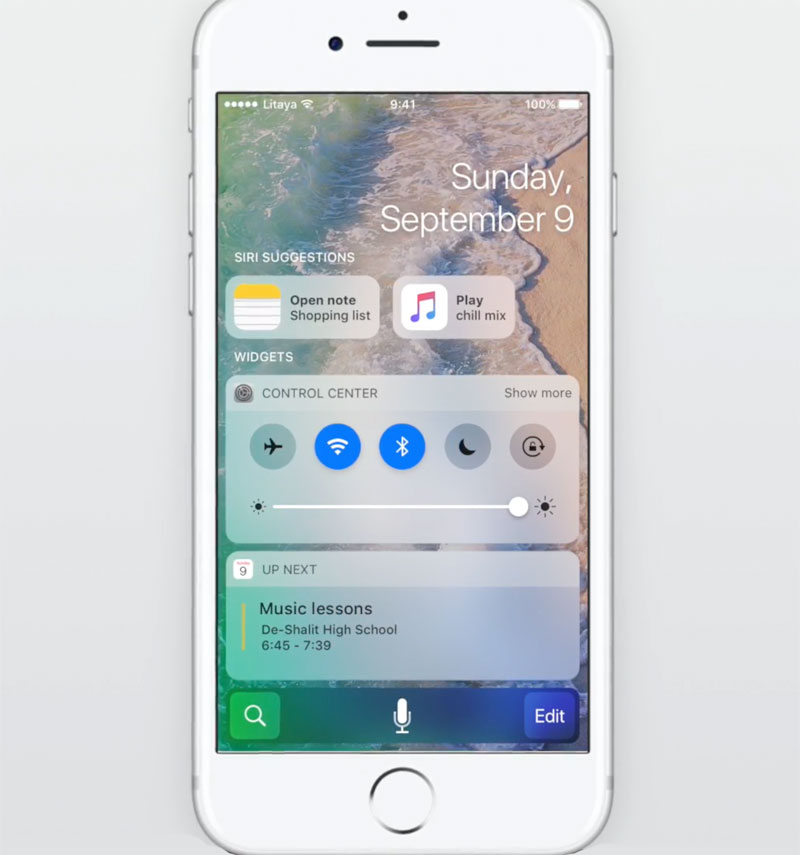 In iOS 11 provides a dark interface mode. Instead of having to invert colors like in the current version of the OS will be to adapt the interface to use gadgets in the evening. The white background becomes black, and black text is light grey. Especially for dark interface, you can select the background image. Mode may be activated automatically or manually. 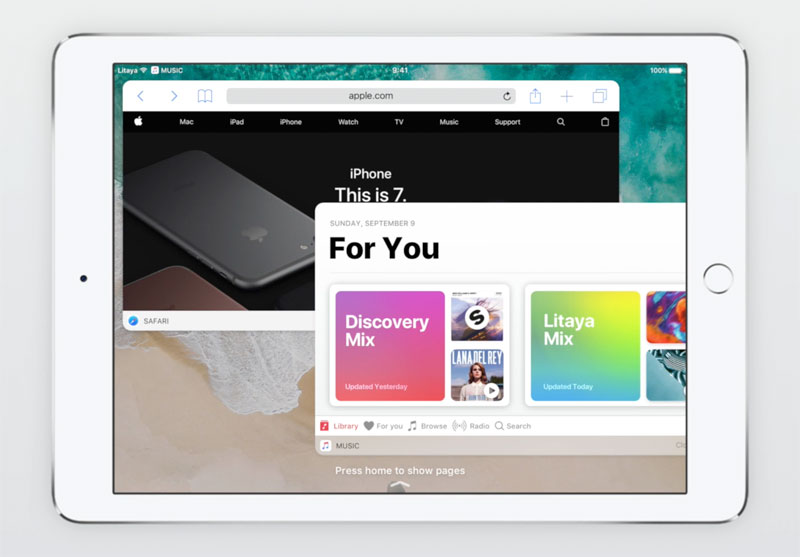 The designer suggested that the iPad running iOS 11 will receive an updated multitasking system, which will allow you to open Windows apps in multi-window mode, and system user accounts that can be caused by simple pressing the Home button. 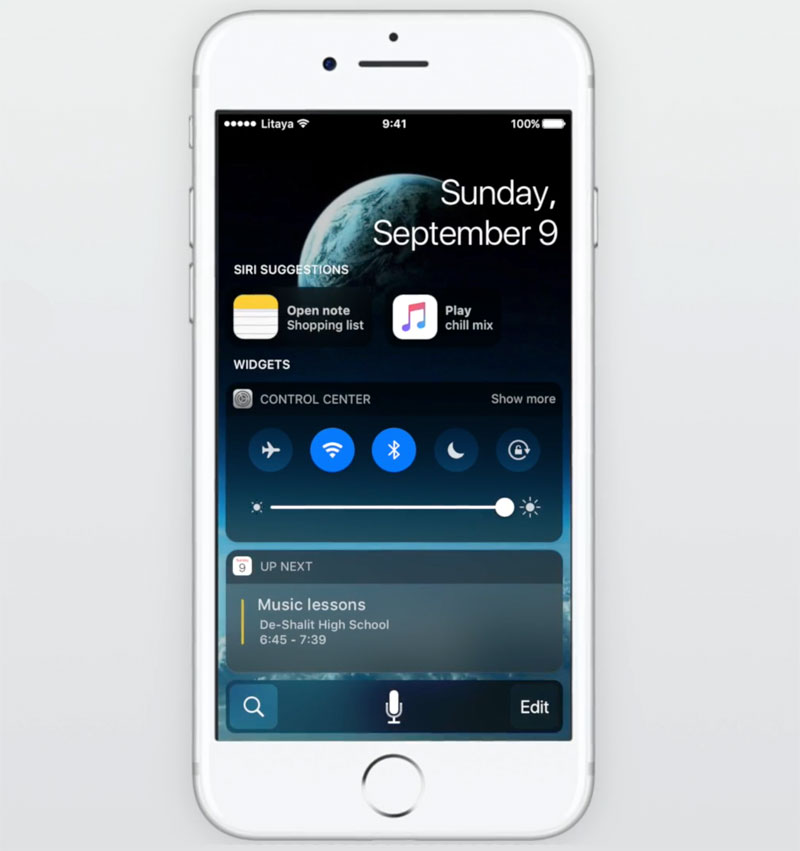 In the concept of iOS 11 shows the new options for the implementation of 3D Touch. In particular, the pressing force of the control can directly go to the settings of network interfaces. The OS will also allow you to swap the switches with a simple holding the buttons. 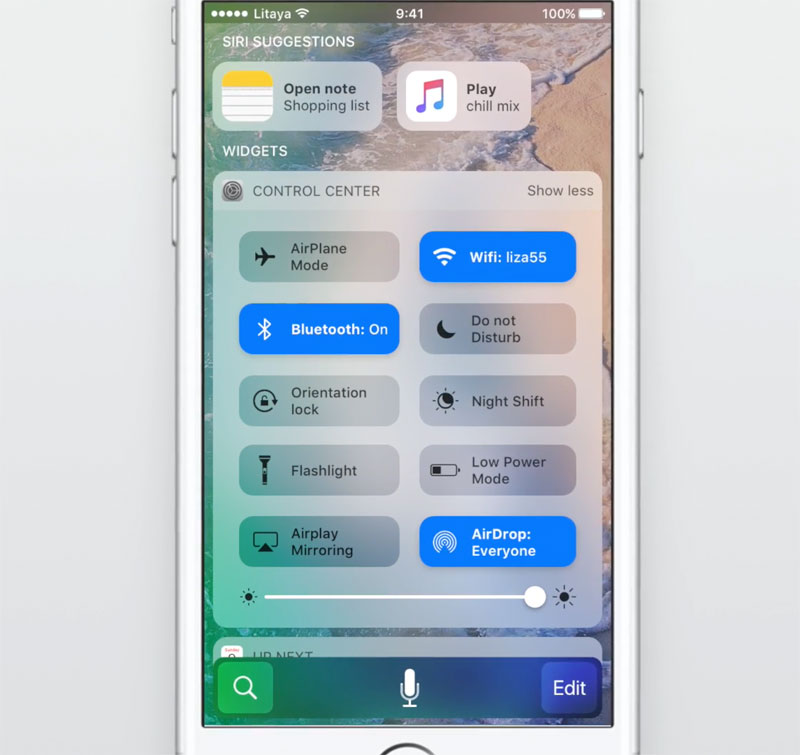 The designer took into account the many other smaller improvements: a new panel Spotlight updated UI applications Phone and Camera, the “advanced” Siri with offline mode and support text-based queries, improved dock and others.

iOS 11, is expected to be materially different from iOS 10 user interface. About the changes at the function level in the new platform information is not yet much. However, observers insist that no changes to the timing of the release is not expected – the first beta version of iOS 11 will come again next week.