[OS X] Use tab in Mail on El Capitan

Each new release of OS X makes using this operating system even easier and more comfortable. This applies in particular to El Capitan, the design of which Apple engineers focused on convenience and stability, and from its inconspicuous at first glance, the functions we consider in this article.

Remember how at the presentation of OS X Mavericks Craig Federighi talked about tabs in Finder? Personally for me this moment was one of the most important, because by the time most users got used to the tabs in browsers, and the order on the desktop for ease of work at the computer. 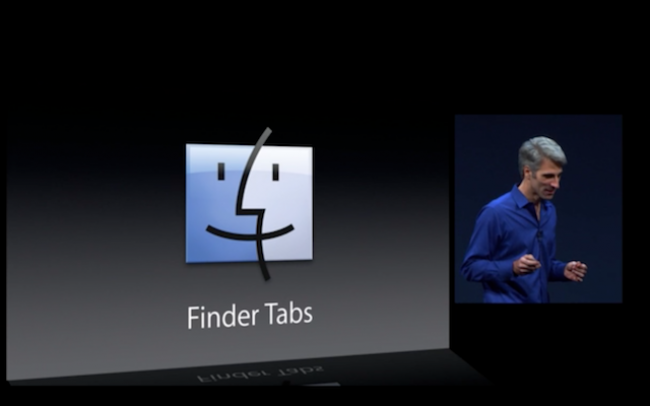 A year later we got Yosemite, the Mac has brought on a radical redesign and many new features, however, the space for creativity is in the details appeared in the Apple in El Capitan where the tabs become part of the built-in mail client. So, if you haven’t found a new feature, hasten to reveal the secret: the tabs appear in full-screen mode. To do this, press the green button in the top left of the Mail window, then create new messages using the “File” menu or the keyboard shortcut [command] + [N]. The result displays this window. 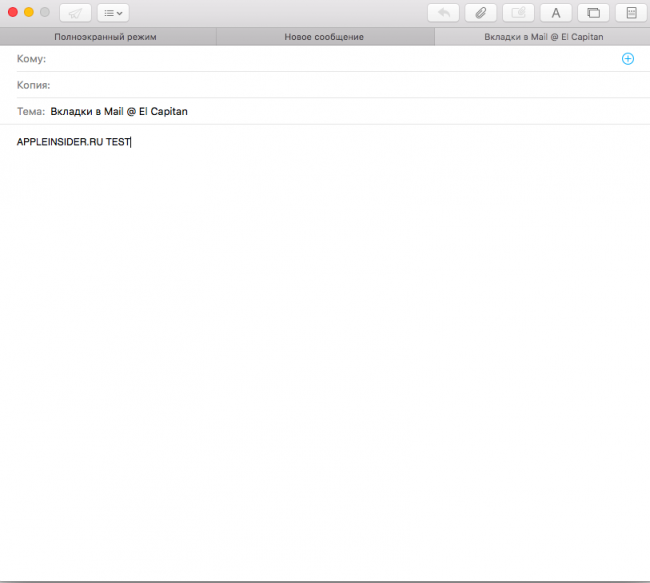 Finally I would like to add something. Before you criticize Apple for “frivolous” limiting tab for full-screen mode, not be amiss to recall how many different Windows simultaneously present on the screen modern “makovody”. Now imagine that each of them open in multiple tabs — not to mention brasero in which the amount of information often exceeds all conceivable limits. Being a very active user who constantly have to deal with multiple tasks simultaneously, your obedient servant, came to a simple conclusion: display one window on the screen not only organizes the work, but also speeds up the process, eliminating excessive multitasking. Perhaps the main disadvantage of the solution — switch to the window mode opens each tab in a separate window. Probably, this point will be refined in the next versions.