Out of memory can cause damage to the iPhone

Specialists of the service center Fixed.one suggested that the lack of free space can cause damage to the iPhone. 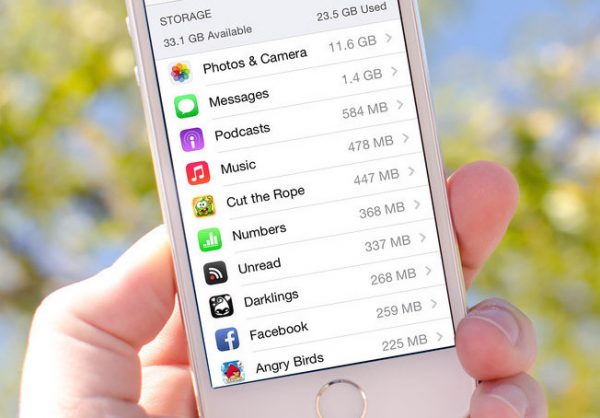 The staff said that this week there were six occasions when the iPhone refused to start without apparent reason. They were all cured by restoring via DFU mode.

With 100% chance to argue about the exact causes of the problem, we can not, however, all these cases had something in common: in recent times each of dead iPhones swore that he had not enough free space. Because of this, the machine started to slow down, the man tried restarting it and everything.

And here we have the assumption: whether the release of the next update, or just so the stars were formed, but the lack of space iOS in some cases may not load correctly and goes into a permanent reboot loop. In this condition the apparatus is no longer possible to remove the data, and all that remains is to reset.

Experts advise to immediately vacate the place if you saw the message about his lack. You can dump the unwanted photos on the computer or in the cloud and reinstall the app and delete the downloaded music.