The founder and former head of “Vkontakte” Pavel Durov after winning Donald trump on the election of the President of the United States urged users to its own security, go to Telegram. A statement published on the website of the entrepreneur in Instagram. 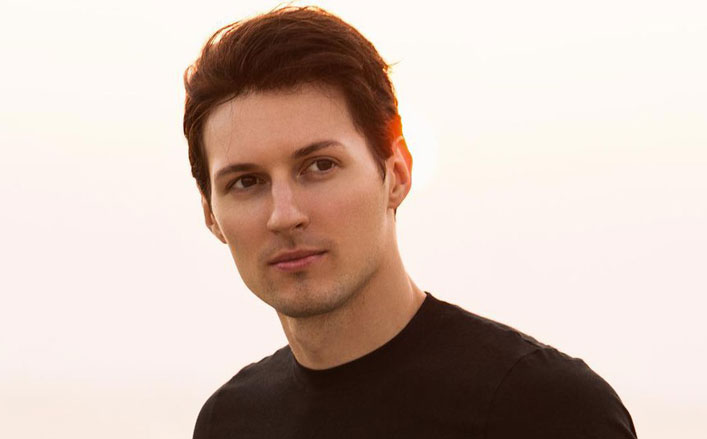 “Trust companies in the United States the safety of the shipment was naive until today. Today is crazy,” wrote Durov. – The solution is simple. Go to Telegram!”. The image of culture which he accompanied the message shown at the pyramid with the eye and hair of the new President of the United States.

“You still have not fixed the problem with memory leak in the Telegram” – outraged nazrmksymchk.

“I sometimes think that the telegram should be coded from the telegram!? Such “coincidences” in life are like someone sees what I am holding dialogues,” adds vreshka.

“Why not communicate with anyone – so much safer,” – said device. 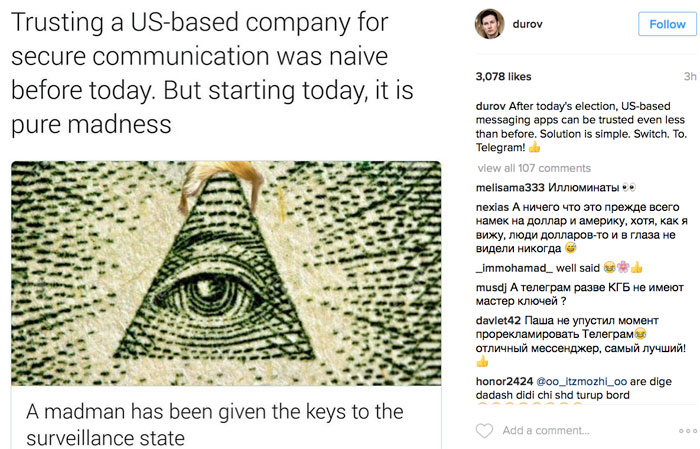 Earlier, the international human rights organization Amnesty International has published a list of the most protected in the world of instant messengers. In the first place was apps Facebook Messenger and WhatsApp, on the second, iMessage, FaceTime and Telegram. The founder of Telegram, Pavel Durov, this position does not agree.

According to him, Amnesty is taking people for idiots, claiming that Facebook Messenger is the most secure messenger. “It is sad to see non-governmental organizations that act as PR tools for governments and corporations,” — wrote he in his Twitter.