The struggle of Roskomnadzor and Telegram continues the third week. The Creator of the messenger of Pavel Durov from time to time commented on the events. 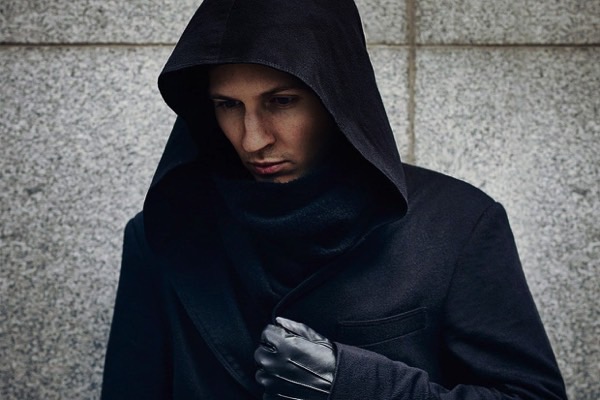 This time Durov told why the administration Telegram tries to resist the authorities (quite successfully) and what is really going on. According to Durov, neither he nor anyone else in the Telegram is not trying to break the law. They’re all just trying to defend a free Internet and user rights.

On his page in the social network Vkontakte Durov has posted another statement in which he noted that fighting for the digital future of Russia. 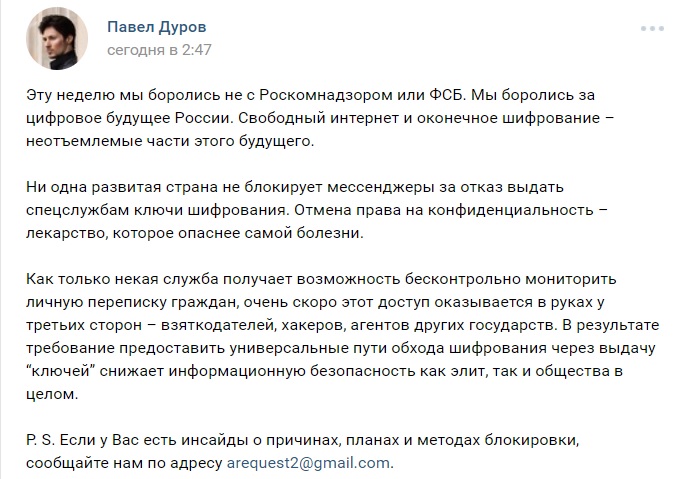 We will remind that on 13 April, Tagansky court of Moscow ruled to block access to Telegram on the territory of the Russian Federation for refusal of administration of the messenger to give out the encryption keys FBS and Roskomnadzor. Since April 16, LV started to block the IP address of the service, which had disrupted the work of external resources and other messengers.

The climax of the confrontation was that the government continue to use Telegram, but Deputy Minister of communications and mass communications Alexei Volin and does believe that “what officials are doing, as individuals, should not worry about the media.”