The Russian secret services, apparently, put pressure on mobile operators to intercept SMS authentication. This opinion was expressed by the Creator of the messenger Telegram Pavel Durov. 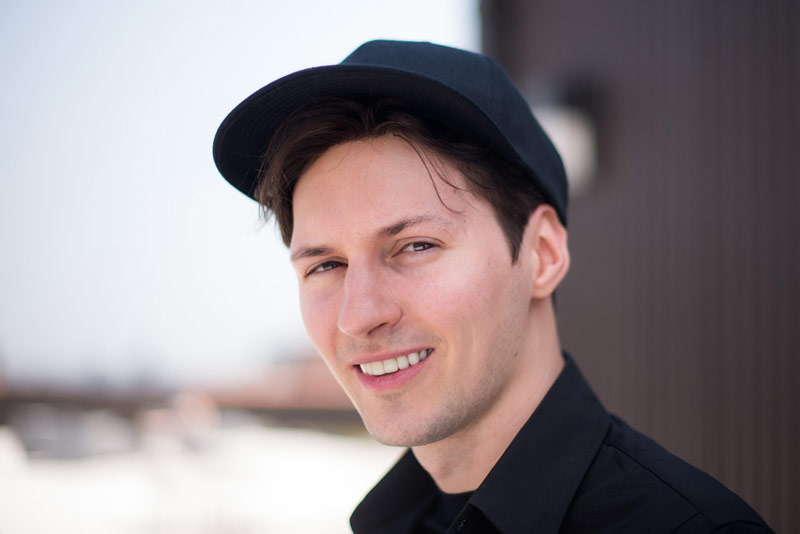 According to the statement Durov published on the website of “echo of Moscow”, such measures usually apply the “cannibalistic, don’t care about their reputation modes”. The statement by the former head of “Vkontakte” about the recent reports of hacking accounts in Telegram from an opposition activist Oleg Kozlovsky and officer of the Fund of struggle against corruption of George Alborov.

Telegram founder Pavel Durov believes that the security services put pressure on operators to gain access to correspondence of opposition.

“The bottom line: apparently, the security services of Russia decided to start to put pressure on the operators, so that they began to intercept the authorization SMS code. Usually this is found only in the framework of the cannibalistic, don’t care about their reputation modes — Central Asia, sometimes middle East. But suddenly happened in Russia (if, of course, to cut off the corruption within MTS, in the case of opposition journalists is unlikely),” — wrote Durov.

The situation, when an SMS with a code to access the Telegram was intercepted due to internal corruption in the cellular communications provider, Durov called unlikely because of the opposition of the defendants in the hacking. To ensure reliable protection of the Creator of the Telegram advised to enable two-factor authentication. 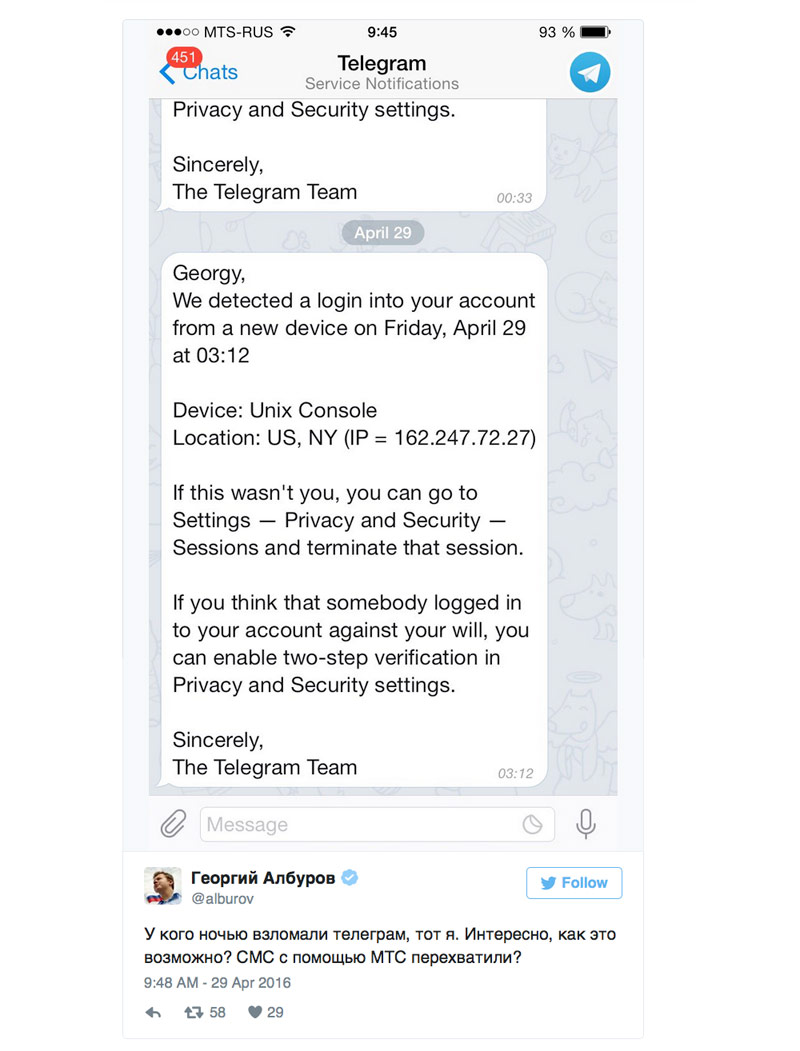 In the night of Friday last week, Russian opposition broke into the accounts in the Telegram and turn off the reception of short messages. As claimed by Kozlowski, SMS service was disabled in 2:25 GMT the night of April 29 and included in the 4:55 GMT. Thus in three hours of the night, the attackers, according to him, included in the account of the activist in the Telegram, entering a secret code that is delivered by SMS.

The representative of MTS Dmitry Solodovnikov told RBC that “purposeful” action to disable the SMS-service was not. “Any purposeful action on disabling the services was not made, information about the service is terminated by employee MTS are not true,” he said.

The company did not rule out that it could be a viral attack. Or, say there that the account access was obtained through a web interface.