In the new smartphone iPhone 7 include sapphire glass for protect the camera and the main button of the smartphone. This was stated by Vice-President of worldwide product marketing Apple, Phil Schiller, responding to a question from Twitter user. 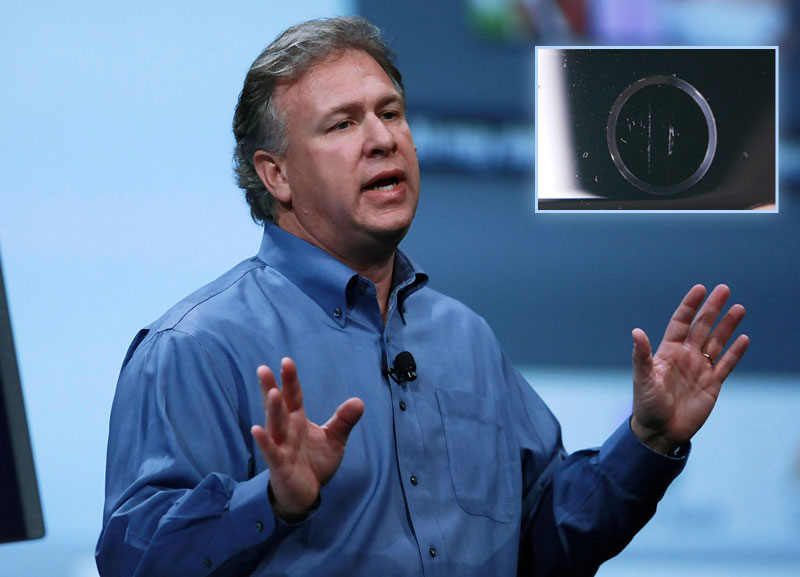 Traditionally iOS smartphone home button with integrated Touch ID scanner protected by sapphire crystal to ensure its durability and reliable reading of data. And iPhone 7, apparently, is no exception. However, according to the new jerryrigeverything once, in the new generation of smartphones Apple refused to use sapphire.

“How untrue reports that the iPhone 7 no sapphire glass on the Home button and the camera lens?”, – asked Schiller a user with the nickname Jamie.

“That’s not true. The camera lens and the top of the Home button are both covered with sapphire,” – said a top Manager of Apple. 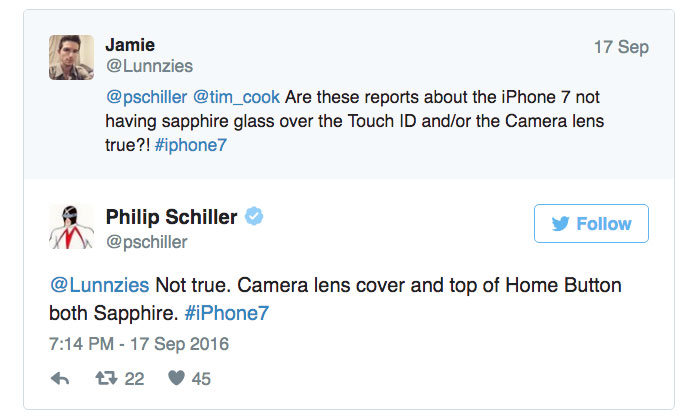 Previously, the Network has distributed a video testing the iPhone 7. In the experiment, we used smartphone and tools, calibrated on the Mohs scale of hardness. The screen of iPhone 7 is not scratched up to level 6, which corresponds to the average in the industry.

When the author of the video repeated the experiment with the Home button, it turned out that her strength is not any higher than the display glass. Because, in fact, that’s part of the screen is slightly recessed into the case.

According to observers, this discovery casts doubt on the durability of the Home button and scanner Touch ID. Over time, the key can be covered with scratches that degrade the speed of reading biometric data.