Plagiarism is the “green robot”: 24 features that Google stole from Apple

This week held a conference Google I/O, during which Google introduced a new version of the mobile OS. As always, Android has received a few key changes that have been borrowed from iOS. The publication Life has prepared a chronicle of copying technology from Apple for nine years. 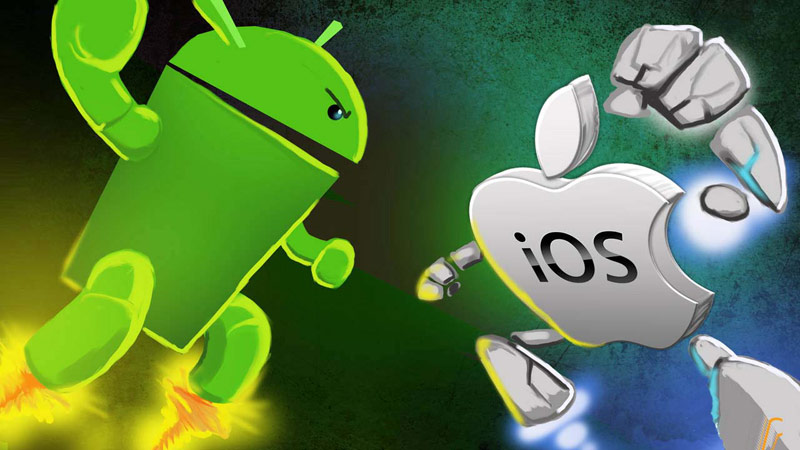 In January 2007, Andy Rubin went to Los Angeles for a taxi. The driver increased the speed, and Rubin was covered with cold sweat. In the end, Andy was asked to turn over and wait a few minutes. The taxi driver obeyed, and ruby stared at the screen, which broadcasted the presentation of the first iPhone. Steve jobs was great, the touch gadget too. “Oh, shit, I don’t think we will release such a phone,” whispered Andy. In the evening he called his colleagues and announced that the release scheduled for the end of 2007, has been postponed. They agreed that their system seemed too crude in comparison with what Apple gave.

Andy Rubin created the Android prototype back in the early noughties. For his labors he received from Google $ 50 million (2005) and as chief developer. Ruby could hardly assume that Apple will show a revolutionary product, so worked on OS for Google quite slowly. After jobs ‘ presentation, things have changed and the old templates went to the dump. “We could really run it until the end of the year, but didn’t see the point. It looked as if it came from the nineties,” explained Ethan Byrd, who developed at that time, the business Android. 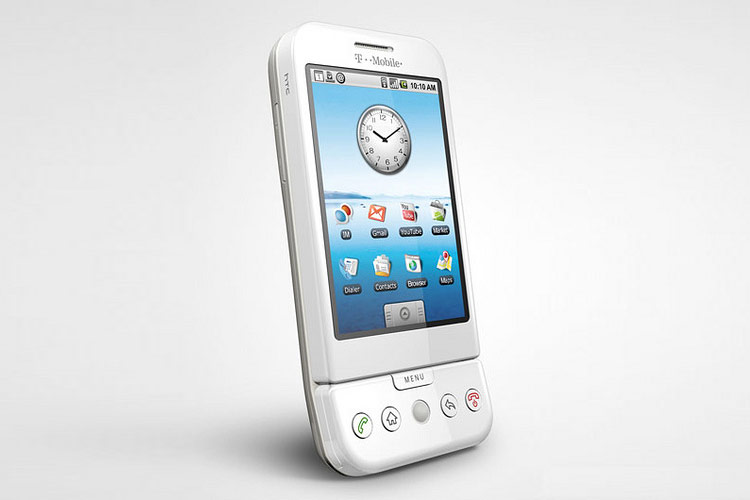 In October 2008, eighteen months after the announcement of the first iPhone, Google and HTC released the HTC Dream G1 is the first Android smartphone. The entire top management of the Internet giant feared the wrath of Steve jobs, so he was guaranteed that the operating system will differ from what is in iPhone OS.

Steve believed, but when I saw the HTC Dream, came in a wild rage. Jobs arrived for talks with the leadership of Google, but the dialogue failed. “He wants to be like me, be like me. He wears the same hairstyle, same glasses, same clothes,” he growled Steve, referring to the unfortunate Andy Rubin.

The founder of Apple has won the battle – Google has promised that it will not enter the zoom screen with your fingers and some other functions. It was the mental collapse of Internet companies and the apparent triumph of Apple, but jobs did not calm down. “If necessary, I will fight. I spend all $ 40 billion Apple to the last penny, to correct this wrong. I’m going to destroy Android, because it’s a stolen product. I’m ready to make a real thermonuclear war.”

In March of 2010, Steve met with Eric Schmidt (then CEO of Google, was part of the Board of Directors of Apple), and he offered to find a financial compromise. Jobs suffered another tantrum. “I don’t care about the money. Money I have plenty. I want you to stop using our ideas in Android. That’s all I want” – sucked on Steve. Apple has regularly participated in the patent wars when the life of the founder, but Android still absorbed the best of iOS. After the death of Steve jobs the process has accelerated – in Google take all that stuck in iPhone, iPad and iPod.

The founder of Apple never did the last mission and did not destroy the competitor. Now we just make lists of things that first appeared in iOS, and then Google.

IOS zero at the end on the locked screen was a strip with the inscription “Slide to unlock” – this gesture has become legendary. Android was initially removed from the lock by pressing the physical menu, but starting with version 2.0, used the strategy of Apple. C one side of the screen – unlock lever, with the other key, which you can pull to disable the sound. The decision looked not as elegant as the iPhone, but more functional.

The first app you had to download from either the App Store or from the Android Market. Apple announced the store with the games and software for six months before the release of the first Android smartphone – it is logical that jobs believed Google imitators. Similar story with the focus by clicking on an area of the screen in the camera menu. In iOS, this feature was from the first version, and in Android it shamelessly introduced the producers, because last year Google did the stock camera application (there are, of course, also possible to focus on the Tapu).

Other grievances concerned the little things: Push notifications in Android out there in the same place and iOS (above), Apk-apps differentiate numbers and dates (for calls and calendar), scrolling your finger across the screen was no different from iOS. The last point at the moment distinguishes Android from still alive Symbian and Windows Mobile: there, reading the text, you had to hold your finger over the scroll bar. 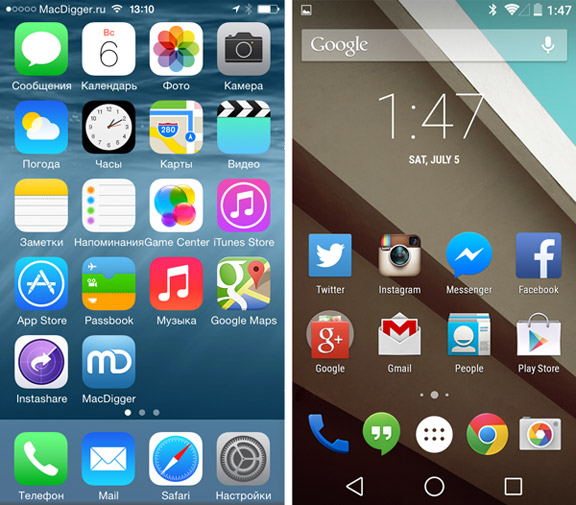 At the turn of the decades, Google has realized that their product is successful and finally lost the fear of the company from Cupertino. Every year in the Android add more and more services implemented by Apple.

You made a Game Center? We will have Game Play.

You have integrated built-in instant messenger? Hangouts is the answer to iMessage.

You allow the user to make purchases within apps? We also decidable. 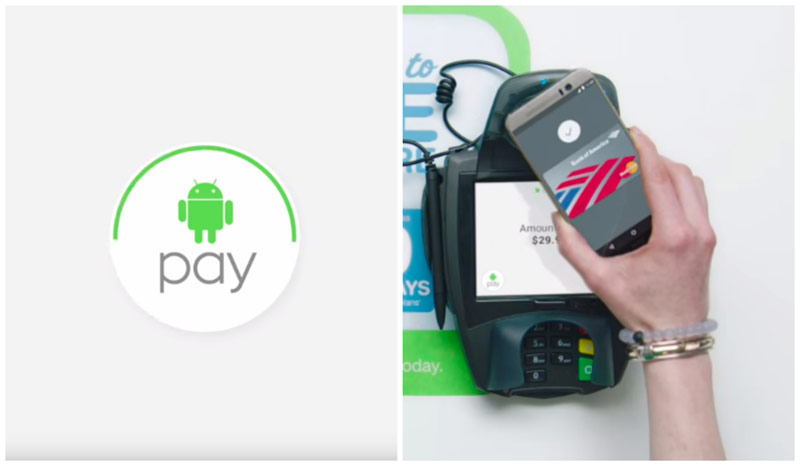 Apple has made a program for health and called it Health? Be original – let’s call the same Google Fit.

Search the entire smartphone – alternative to Spotlight. Mode “do Not disturb” – a copy of the icon with a Crescent in iOS. Folders with apps on the desktop – thank you Apple for inspiration. Alerts on the lock screen – another thanks to the guys from Cupertino. Privacy settings and restrict access to applications you already know where it did before.

The pinnacle of arrogance – a fingerprint scanner. Until 2013 about him I remembered, and then it was put in the Home key of the iPhone 5s, and Android vendors suddenly stirred. No one was surprised when the native support for scanners materialized in the official version of the Android Marshmallow. 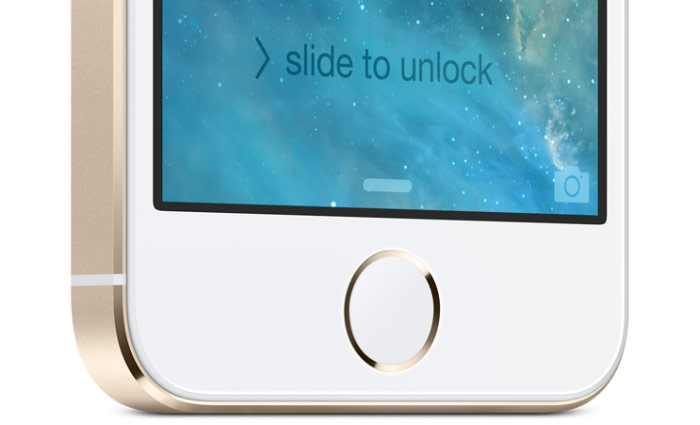 Over time Google has even developed a whole strategy of copying. First, you need to repaint stolen service — leave all the right elements in place, but slightly change their design. Secondly, it is necessary to slightly improve the functionality to call the theft of ideas is a beautiful word “improvement”. And the third paragraph is not repeated in the names, if possible. With Android Pay method didn’t work, but almost everything else is carefully renamed.

In 2016, Google have scheduled the conference I/O a month earlier than Apple to avoid accusations of theft. The plan failed — already in the alpha-N version of Android, there were some features taken from iOS. On the first day of the may events confirmed almost all assumptions.

Voice assistant Google Now called Google now Assistant. First, it has become smarter – for example, it may identify the architect of the building via geolocation and the question “Who built it?”. Secondly, it will work in smartphones, smartwatches, TVs, cars and smart houses – to the same aims and Apple. Accordingly, the progress and the transformation of Google Now – the response to innovations in Siri. 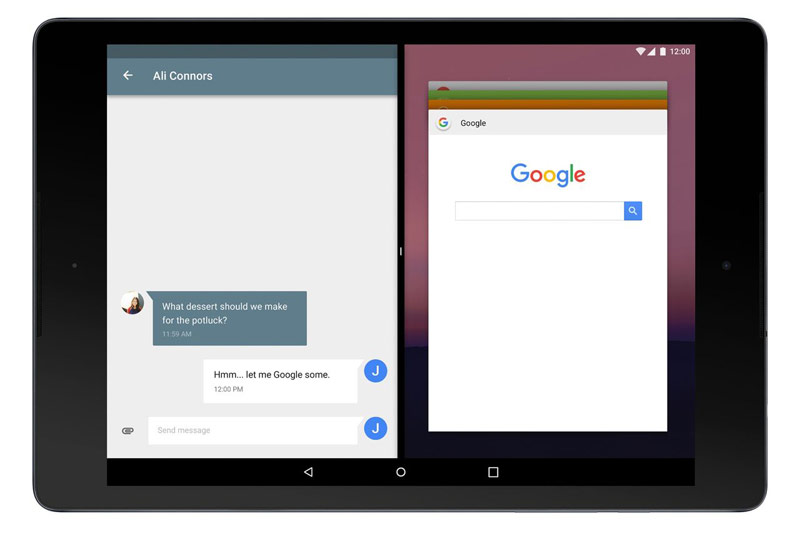 Mode “picture in Picture” was also already in iOS but only for iPad, because Apple does not believe that the iPhones are ready for multiconnect. In Google such prejudices no in Android N it will be possible to clamp on the mobile service key (“Square”), split the screen in half and open two applications in parallel. Needless to say, on accusations of copying in Google say that they took the multi-screen among Android-vendors – for example, the Samsung. But everyone understands it: as long as this function did not add the Apple, she did not interest.

Service Duo – full analogue Face Time from Apple: same video, but with the guarantee that they will work and if the signal is weak. 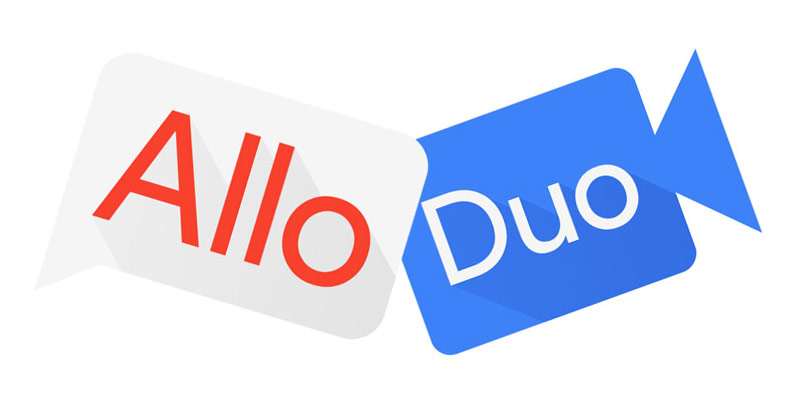 Quick reply on notifications when text is typed directly in the window notification – another Hello from iOS. There is called Quick Reply, but the originals from Google chose a different name: Direct Reply.

It is expected that the final Android release N (the name still does) the notification will learn to group the apps and themes – just like in iOS. Will appear Night Mode – analog Night Shift from Apple: in this mode, the screen will turn yellow, and the eye strain of the user will decrease.

Predicting the future has never been so easy. In mid-April, the developers, have studied N Android Developer Preview, I discovered there are support screens that can recognize the effect of depression – like 3D Touch features in the iPhone. Now this function already exists in some Android devices (Huawei’s Mate, Meizu and ZTE Pro 6 Axon mini), but As brands yet ignore it.

It was assumed that in the summer or fall Google integrates analog 3D Touch makes a version of their system, but the company failed. Apparently, the release has been postponed to next year by this time Apple will improve this option in the mountain view will take her entirely.

It remains only to come up with a name that no one suddenly thought if Google did something copied from a competitor. Because this almost never happened.