LG has announced the launch on the Russian market of plug-in modules LG Friends that can be connected to the flagship smartphone LG G5 and G5SE. The Russian owners of the gadgets have become available three additions: the control module of the camera Plus LG Cam, LG audio module Hi-Fi Plus and a set of battery and charger. 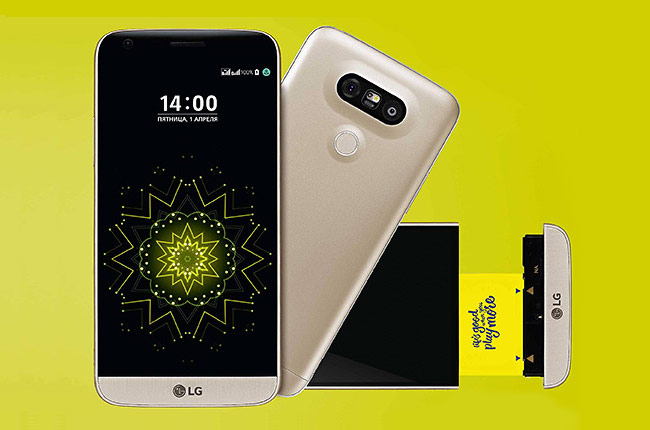 LG G5 was introduced in Russia in late April. In addition to the two main cameras and a powerful processor, the device has received a few “friends” – plug-in modules for music lovers and photography enthusiasts. As a result, the South Korean company turned out a kind of gadget-transformer.

At the bottom of the LG G5 has a removable panel, through which from the interior of the housing is removed the bright yellow battery on 2800 mAh battery. Then it is easily installed on any of the modules to choose from, each of which has its own set of properties and geared towards a certain audience. 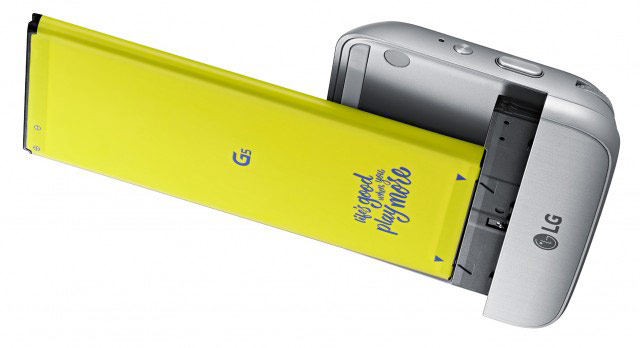 LG CAM Plus designed for Amateur photos. Because it essentially turns a smartphone into a familiar to most users of digital camera. The module is a handle with control buttons-camera zoom, videojimmy and flash, so now users will be able to simultaneously hold the device with one hand and adjust camera settings. In addition, the accessory is equipped with intuitive lock autofocus and autoexposure, but also feature an additional battery of 1200 mAh. The cost of the module in Russia is 4 990 rubles. 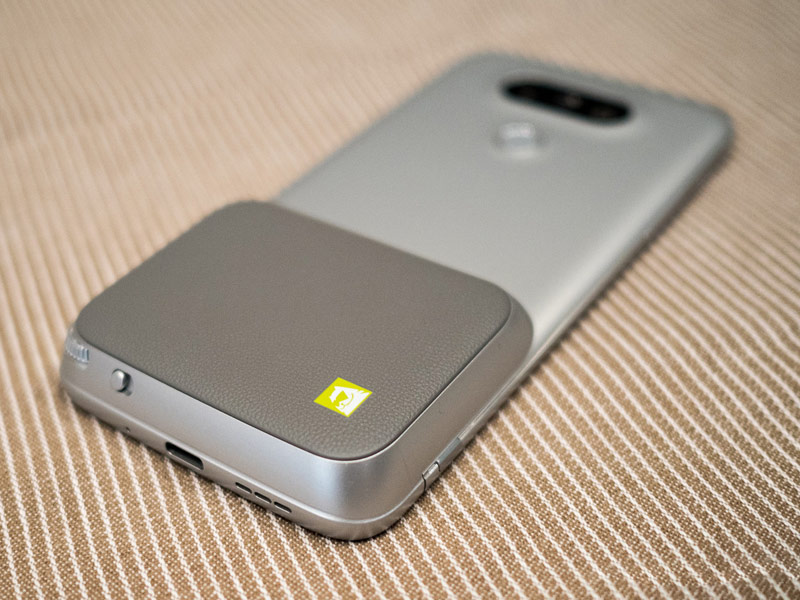 The second “friend” LG G5 is designed for lovers of good sound. LG Hi-Fi Plus was developed together with the company Bang & Olufsen and is essentially a 32-bit DAC. This means that he is able to play audio high-definition 384kHz/32-bit), and when you connect headphones, and the playback on the device itself. In addition to the LG device, it can be connected to any other smartphones, as well as to computers as a portable Hi-Fi DAC. Sales module Hi-Fi Plus will start at a price of 9 990 rubles. 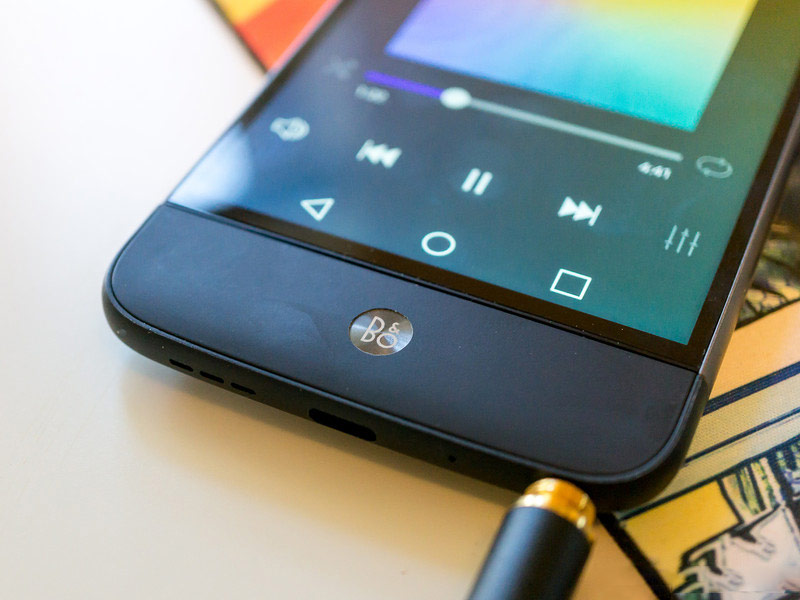 The third addition to LG G5 is a battery pack and charger. It can be used not only to replace a dead battery for a fully charged, but also charge other devices. Plug-in module is available for 2 990 rubles. 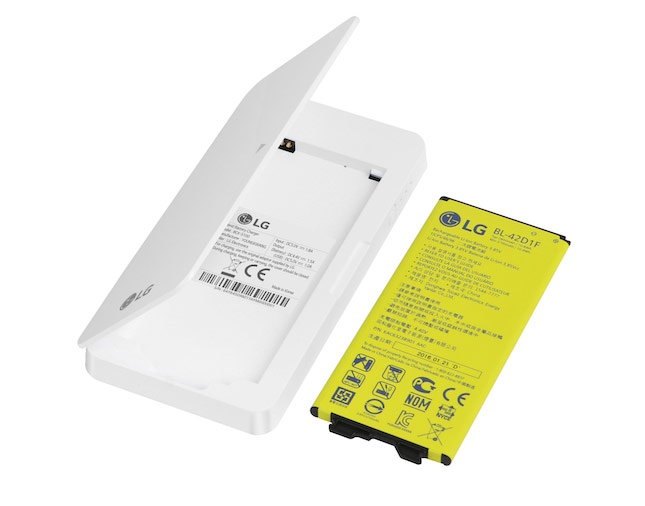