Pokemon: with a magikarp Jump was released on iOS and Android

In February, the Pokemon Company has announced a new game project pokemon with a magikarp Jump. Today was the official release of the game for devices running iOS and Android. 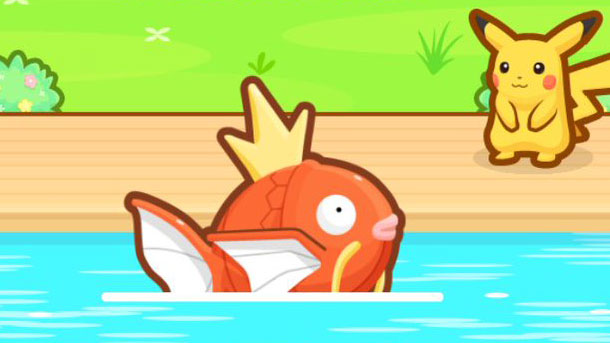 Main character Pokemon: Jump with a magikarp is the fish pokemon. It differs from all the other virtual pet monster: has only one ability and can not resist other monsters in battle. However, this is a useless creature can mutate into a giant sea monster Gyarados. That is, the apparent senselessness of entities is rather interesting secret, which you need to uncover the players. 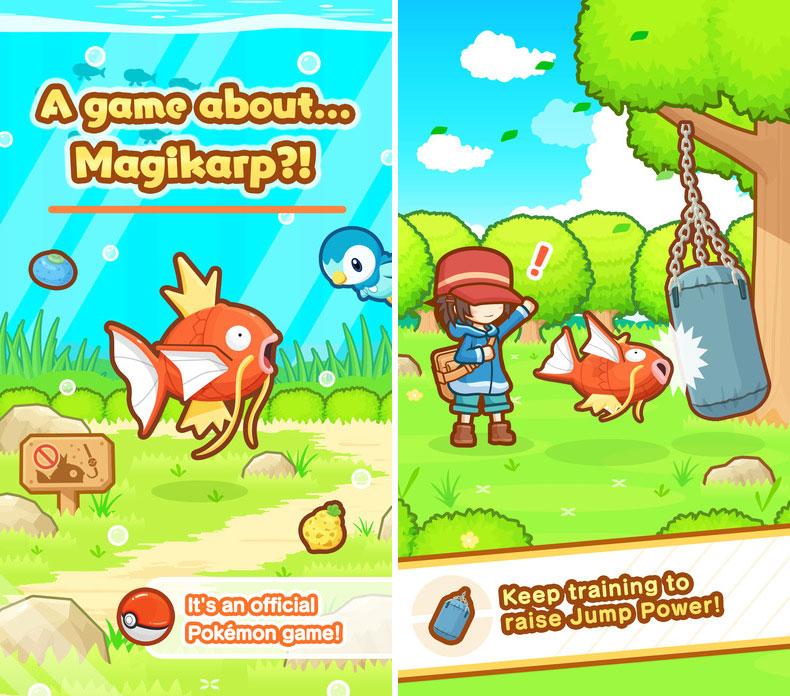 With a magikarp in the game plays a major role: the fish need to feed and teach the jumps skyward. The only way the carp will win relatives, reaching new heights. To Pokemon: with a magikarp Jump players will collect and train with a magikarp of different types, colors and degrees of rarity. In the game there will be other types of pokemon that will sometimes help.

The game is free, but there are micro-payments. For crystals coach buys food and clothes for the ward. 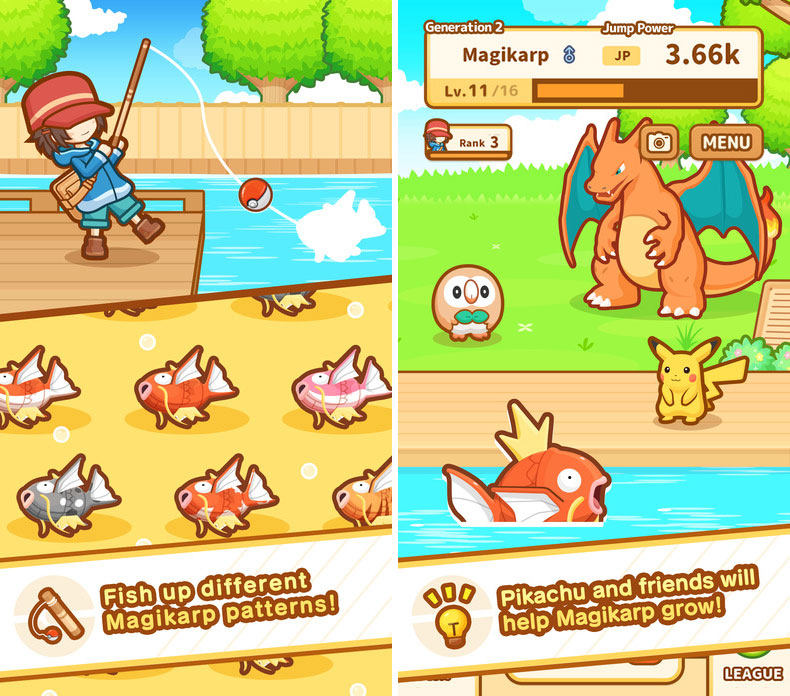 Need to be careful: if the pet reaches level 20 or disconnects in training, the application resets the part of progress. Will have to develop a new fighter. The user spent a fortune in the game, the developers have set a monthly limit for purchases. This feature is from other shareware games of the series.

Download Pokemon: with a magikarp Jump for iPhone and iPad at this link.