Popular jailbreak tweak Activator has received the support of iOS 9.3.3

One of the oldest tweaks for jailbroken devices Activator received a compatibility update for iOS 9.3.3. New build under index 1.9.9 brings native support for latest version operating systems and all devices from Apple. 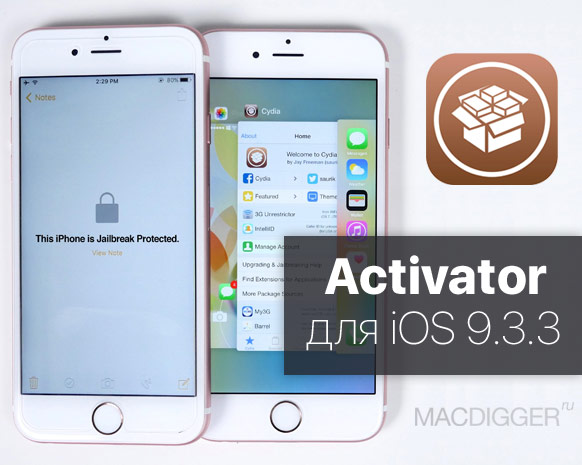 Created by Ryan Petrich addon allows you to use mechanical buttons, and all sorts of gestures and commands for performing various actions on the iPhone and iPad, ranging from launching applications or extensions on the device, ending the lock device and restart. For example, the Activator allows to use a triple click, a short tap on the system bar, swipe from the right of the screen, pressing the Home button and any other actions – the possibilities are almost endless.

In addition to performance improvements, compatibility with iOS 9.3.3 and stability, Activator 1.9.9 offers the ability to use specific commands available on the latest generation of devices: the actions of the Taptic Engine, the 3D Touch gestures for gadgets without the support of this feature, the multi window iPad and others. 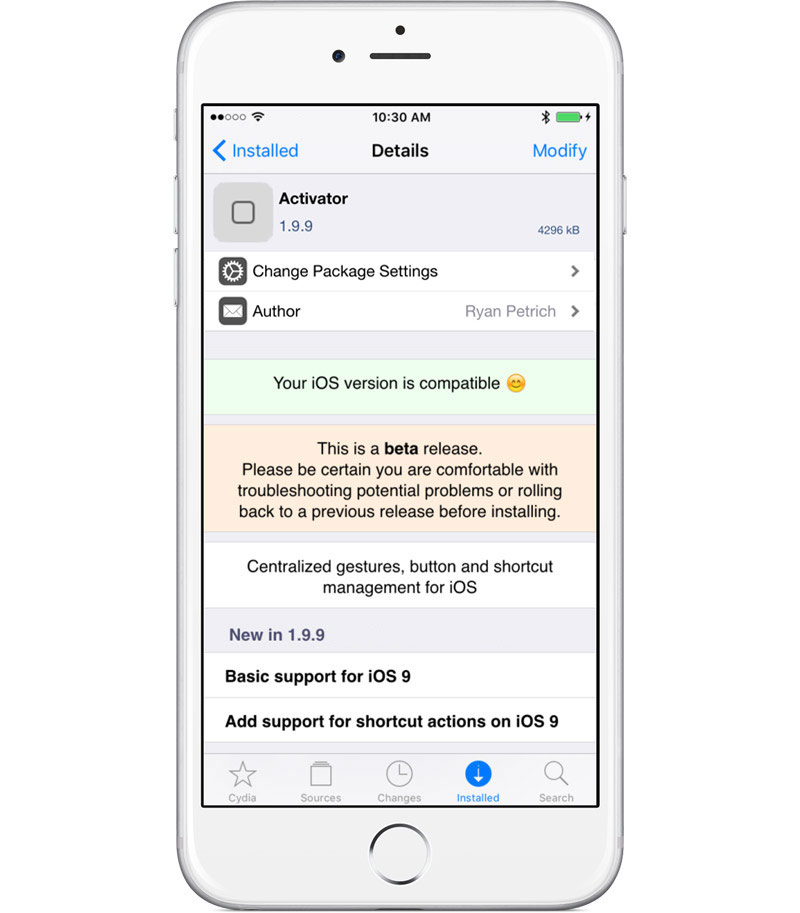 Owners of iPhone and iPad can add actions to long press the icons instead of the move mode icon, the device activates one of the teams 3D Touch. So, long hold the App Store, you can quickly go to “Search” and icon – Phone- to favorites.

To install and use Activator 1.9.9 free now. Repository to download – BigBoss.