Video blogger with the nickname Man Like Sanaan has published on its YouTube channel a video in which he as the Prince of Dubai tried to buy the Apple store. For more convincing pals Prancer played his bodyguards and an interpreter. 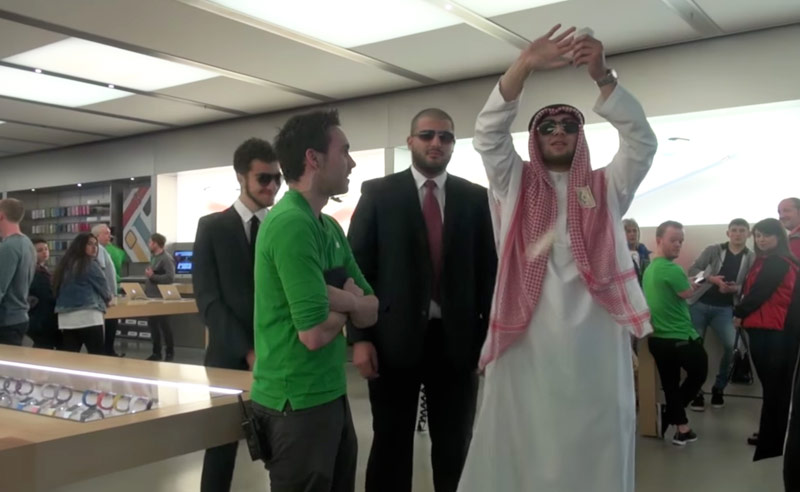 “The Prince” walked around the Mall and going to the store Apple, called the technician. He asked at what price he can buy the whole Apple Store. When the consultant replied that it was not possible, he shouted, “All on the iPhone!” and threw around money that everyone could buy a smartphone.

Also the wag was looking for in the watch stores, a gift to the father at least six million dollars, was loudly indignant because of the presence of smoky bacon in the supermarket and with bodyguards for a long time determined whether Halal coffee at Starbucks.