Consortium standard encoding of Unicode characters announced the availability of 72 new emojis that are included in the Unicode standard 9.0. New smileys will be integrated into iPhone and iPad with the release of iOS 10.

Among the new emojis are for 7 new images people, people (clowns with different expressions), 14 images of plants and animals (potatoes, gorilla, rhinoceros, stag, and others), 18 characters food (kiwi, avocado, lettuce, cucumber, carrots, etc.), dishes, added new emoticons on the sports topic, as well as images of new emotions and gestures, among them shame, shrugging their shoulders and rolling on the floor laughing smiley (ROFL). 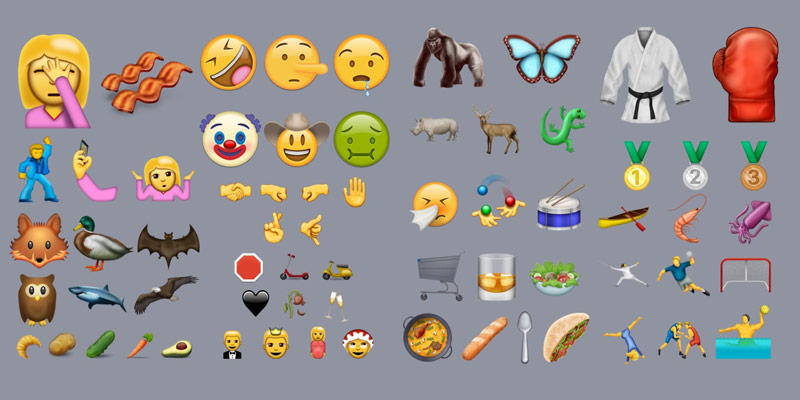 On different devices the icons can look different, depending on the operating system developer. Unicode support 9, as stated in Android N, which is still in the test stage.

The introduction of Unicode 9 on iPhone, iPad and Mac is expected this fall with the release of iOS and macOS 10 Sierra. The current version of OS from Apple support Unicode 8.