Presented smartphones Moto and Moto Z Force Z without the 3.5 mm audio Jack for headphone and with a modular design [video]

Lenovo on Thursday announced two new smartphones Moto Moto Z and Z Force. These are the first members of the family, which already do not belong to the Motorola brand, as the latest Chinese refused. A feature of the novelties is a super-slim design and lack a 3.5 mm audio Jack for connecting headphones. 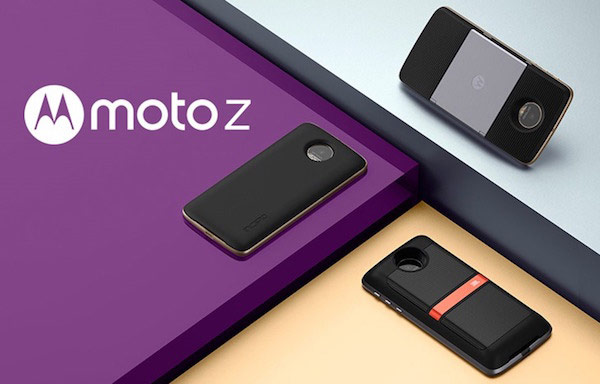 Moto Z-Moto Z Force and is made of metal and can offer some modularity, so as to be connected to a section MotoMods. The thickness of the hulls, not counting the speaker of the camera module, is only 5.2 mm on the first model and 6.9 mm in the second. Moto Z Force is also characterised by the presence of a “shatterproof” screen ShatterShield.

Smartphones based on the Snapdragon chip 820, a 5.5-inch Super AMOLED screens with a resolution of 2560 x 1440 pixels and 4 GB of RAM. For data storage there is 32 GB of flash memory which can be expanded memory cards. 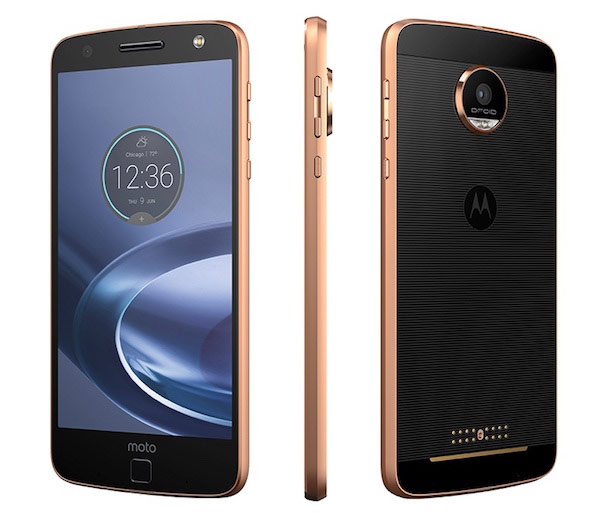 The battery capacity of Moto Z is 2600 mAh, which allows the smartphone to work about 30 hours, Moto Z Force the built-in battery capacity is 3500 mAh. Weight machines — another feature of them. She is only 136 g and 163 g respectively, which is unusual for fairly large devices.

But the most interesting novelties — the same modules MotoMods. In fact, Lenovo offers the same idea, and LG in the smartphone top-end G5. In the first stage will be available for four modules. The first is a projector, capable of outputting an image up to 70 inches diagonal. It has its own battery. The design allows you to adjust the angle up to 90 degrees. Luminous flux is 50 lumens.

The second module — the speaker system is JBL. She also has its own battery, which is enough for 10 hours of work, as well as a small stalk that allows you to position your smartphone so that the sound is better spread. The third module is an additional battery capacity of 2220 mAh. It will be enough to provide for 22 hours of work.

Well, the last module is a not a single device but a whole class. This is a replaceable cap, made of various materials, familiar from previous Motorola flagships. As the new metal housing, the engineers decided the issue of changing the appearance simple and convenient way.

As already mentioned, Moto Z-Moto Z Force and denied standard headphone Jack. In the kit will be supplied with a special adapter to connect the headphones via the USB port-C. 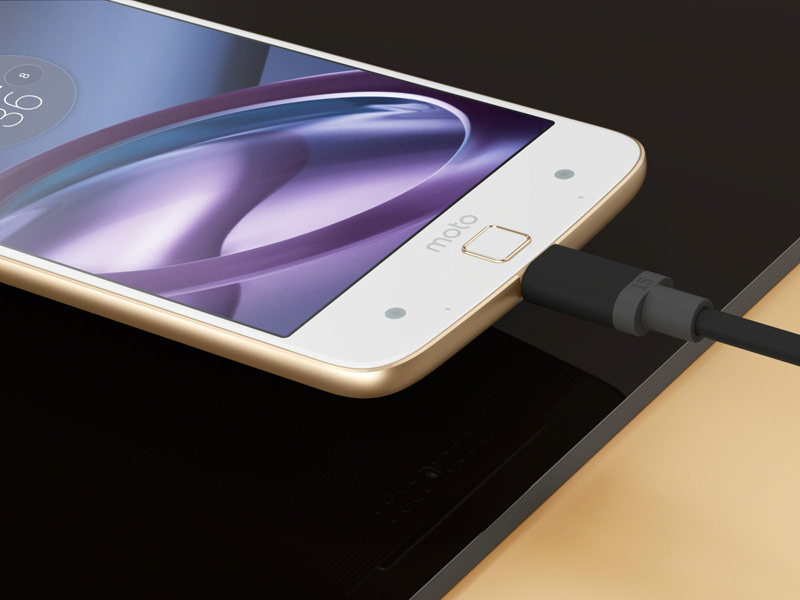 The launch models will be available in September of this year. Cost Moto and Moto Z Force Z to be announced.