Good news for all lovers to communicate with using emoticons: iOS 11 is coming big update of the set of Emoji. The Unicode consortium is responsible for the content of keyboard symbols pictograms, unveiled the official list of 51 new icons to be added to the set next year.

In 11 iOS users are waiting for dozens of new exciting faces. The Unicode consortium reserved a place for icons in the form of a flying saucer, gloves, scarf, socks, giraffe, elf, Genie, nursing mothers, vampire, tall glass of lemonade.

The new kit also included several of the classic smilies (e.g., love) and much more complex characters — the company has paid much attention to new emotions. Keyboard to your iPhone and iPad will be whistling, waving, envious and “mad” smiley.

The Unicode standard appeared in 1991. It consists of two components: the universal character set (to more than one million items) and the system for encoding those characters. Standard constantly adding new symbols — in 2011 it included font and alchemical symbols. New characters can offer all people from the structure of Unicode, and people from the outside. For example, the alchemical signs appeared due to academic Medievalists. 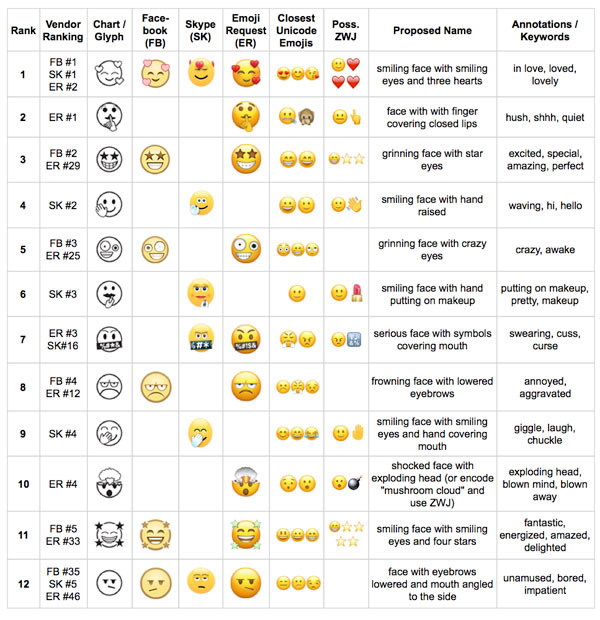 Unicode the icons are selected based on common queries on the Internet or the need of their appearance. Thanks to the previous version of the standard users of the iPhone, iPad and Mac appeared “politically correct” Emoji different colors as well as the gay emoticons.