Published a list of computers compatible with macOS Sierra

13 Jun Apple released the first test build of the operating system macOS Sierra for developers, today released the system requirements for the new OS. Most Mac users will get the opportunity to move on rails macOS 10.12. 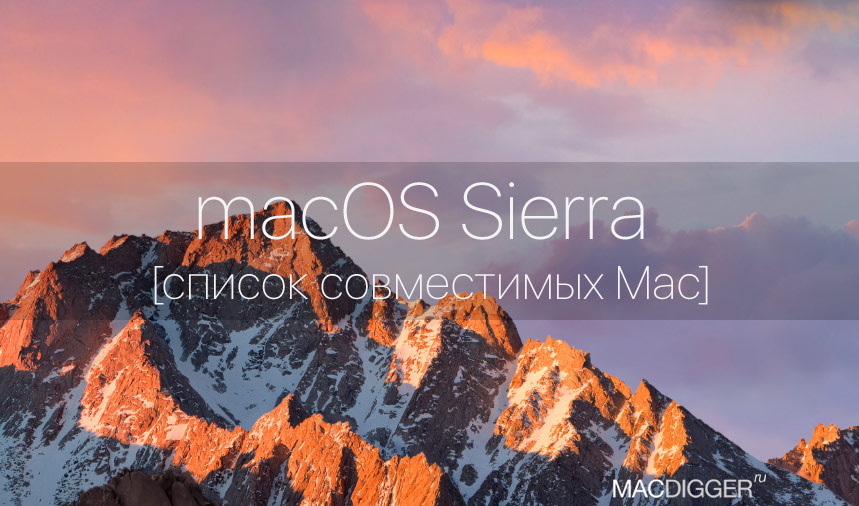 While existing Mac users can upgrade to the new OS not only with the current platform of OS X Yosemite – go to macOS Sierra even with OS X Yosemite.

Sierra macOS can be installed on the following Mac:

Some of the features of macOS Sierra will require newer computers.

Note that the operating system for Mac for the first time in four years, dropping support for old Mac models. Previous releases, including OS X Yosemite for three years has been updated on all machines. OS X Snow Leopard, note, game does not start on Mac with PowerPC processor, OS X Lion has lost the support of 32-bit Intel processor and OS X Mountain Lion fixed compatibility with computers without 64-bit EFI firmware and a 64-bit graphics drivers.