Construction of a second Apple campus is in full swing, although the main body already looks impressive. Fresh types from the construction site captured by drone, and published on its YouTube channel user Matthew Roberts. 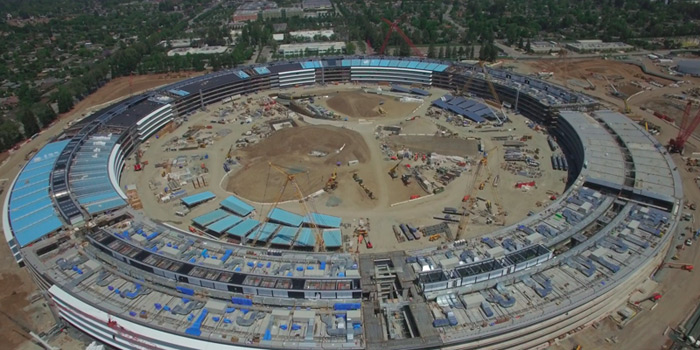 In 2011, Apple received approval from the city of Cupertino for the construction of the new campus, the main building which can accommodate 12,000 people and will get quite futuristic architectural appearance. When it’s finished, and this should happen in early 2017, the building will resemble a huge disk space, landed in a leafy suburb. 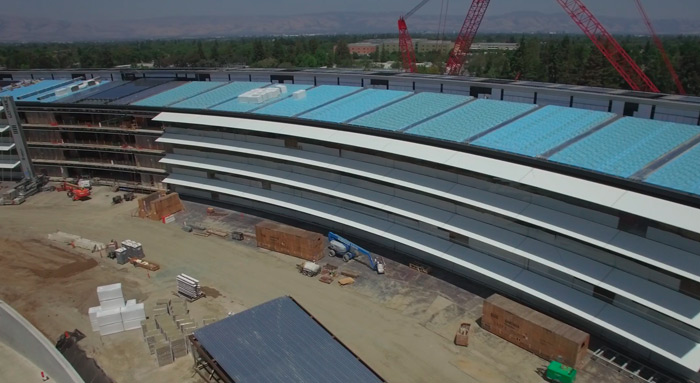 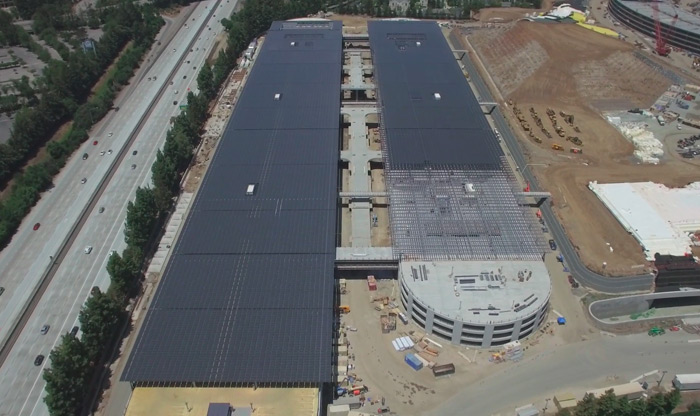 Giant Apple has not yet completed, but so far everything is going according to plan. The 4-minute custom recording made with a drone DJI Phantom 3 Professional, we have the opportunity to consider carefully surrounded by a high fence of the construction site. You can see the main building of the headquarters which, according to the idea of Tim cook, will become the greenest in the world, an underground auditorium, a fitness center, research labs, sports center and other facilities. In the Apple compare the construction of the complex with the development of a new device, so a lot of attention is paid to detail.

The area of the new campus is 260 000 square meters. Another 150 acres will be designated as a green zone.