At auction Charitybuzz appeared one of the first computers Apple I, assembled by Steve jobs, Steve Wozniak, and their team in the house of the parents of Steve jobs in 1976. Its approximate price is USD 600 thousand, and the rate starts from 70 thousand dollars. 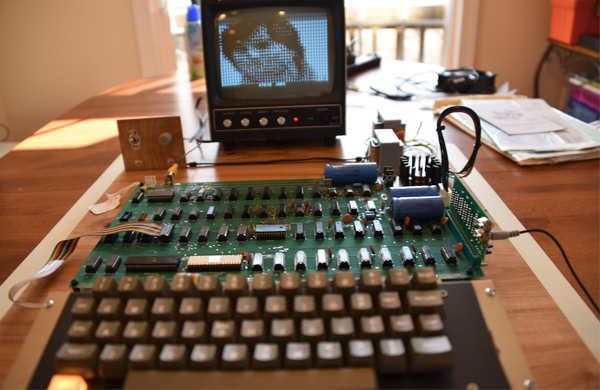 It is reported that in 1976, it has created 200 Apple I. they were All transferred to the store, the Byte Shop, which sold at the price of $ 666,66. Today there are less than 60 of these computers. The model, which is presented at the auction has the prefix Duston 2 in honor of Adam Owing to one of the previous owners of the Apple I.

In addition to the computer, the buyer will receive a modified keyboard from the Apple II, the original manual, brochure Apple I and printout with autograph Ronald Wayne is the third founder of Apple, who later gave up his stake in the company.

Earlier on the Charitybuzz auction has already sold the Apple I. Then the lot to bring the host computer 815 000$. In 2014, at auction in new York sold one of the first Apple I for 905 000 dollars, which is still a record rate for an Apple computer.