The event Technology Summit Snapdragon Qualcomm has officially introduced a new flagship processor for mobile devices Snapdragon 835. This chip is an evolution of the Snapdragon 820/21, which has already implemented more than 200 models of mobile devices. 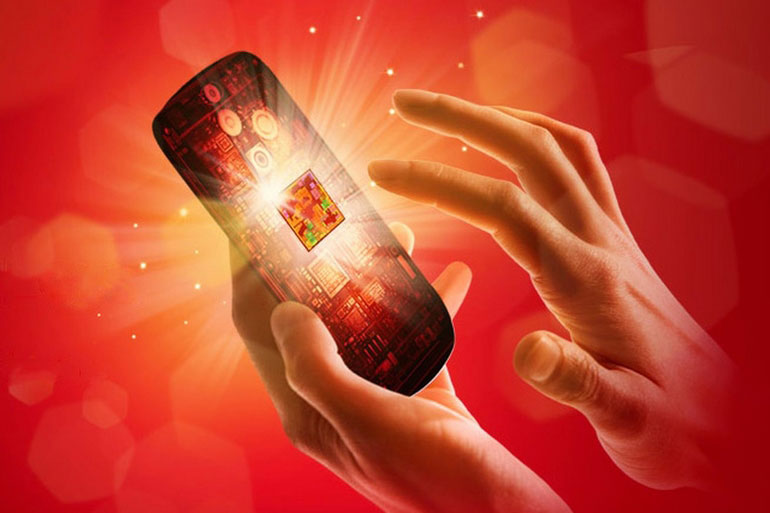 About the features of the architecture of the new system on a chip, in particular, the characteristics of the CPU and GPU, the representatives of the company yet nothing is said. It was said that it is Samsung’s 10-nm process technology FinFET. This technology allows a 30% increase in efficient use of chip area, at 27% increase in CPU performance and 40% lower power consumption.

The focus of the presentation was dedicated to fast-charging technology Quick Charge 4.0 because Snapdragon 835 is the first SoC in which it will be applied. 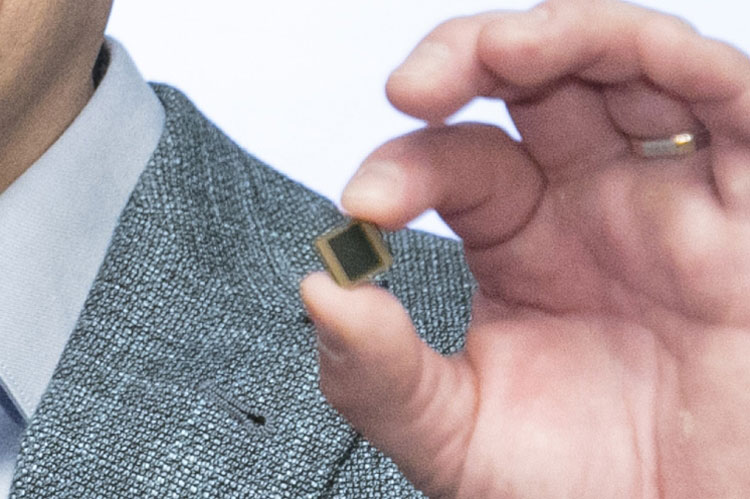 As described in Qualcomm, the availability of quick charging is now one of the main criteria when choosing a new smartphone for 61% of the users. While 26% of owners dissatisfied with their current unit due to the fact that it takes too long to recharge, and 42% complain of insufficient duration of Autonomous operation.

It is alleged that Quick Charge 4.0 from a previous version feature 20% greater speed and 30% increased the efficiency of recharge, and in comparison with the standard Quick Charge 1.0, the fourth generation is faster by 2.5 times. 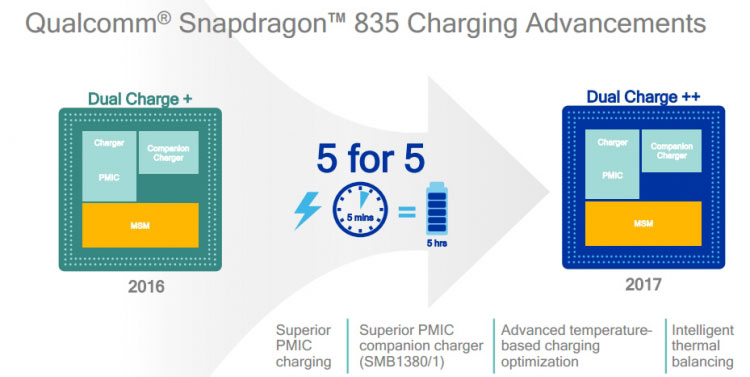 To use Quick Charge 4.0 to obtain energy sufficient to operate the smartphone for five hours, just plug it to the power supply, for 5 minutes. If you leave the unit to charge for 15 minutes, then charge its battery replenished by half. The figures were obtained during trials conducted on the device with the battery at 2750 mAh. Accordingly, the greater the battery capacity, the longer the process will last.

The technology provides four layers of protection against overheating of the smartphone during charging, which is complemented by the three-stage overcurrent protection and the same levels of control voltage. In addition, specific protection circuits of the power supply, battery and cables. Speaking of the latter: smartphones with Quick Charge 4.0 will be able to detect the type of connected cable and its quality. 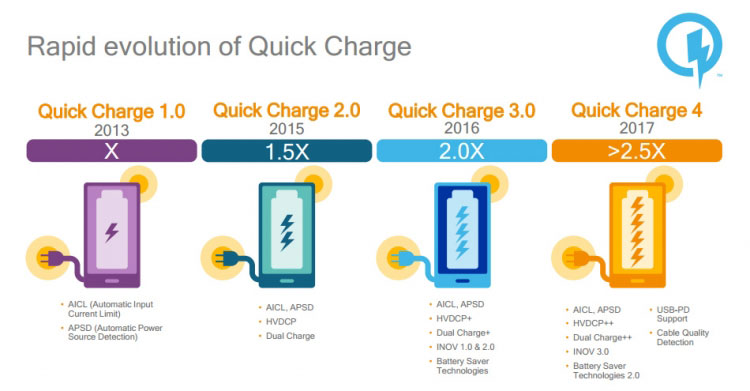 All details about the characteristics 835 Snapdragon chip maker promised to reveal in early January. As for devices based on Snapdragon 835, they will start to enter the market in the first half of 2017.