Qualcomm has published a table which indicates, which first received the long-awaited features the iPhone X.

In the table mentioned OLED display, wireless charging, edge-to-edge screen, dual camera. If you follow the rumors and leaks Apple, you know that’s all we expect to see in the new iPhone which the company will present the evening of 12 September. 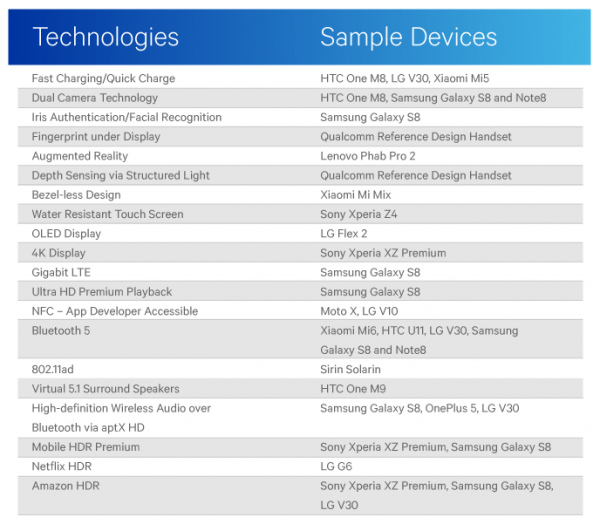 It should be noted that this table is inaccurate. Qualcomm claims that the HTC One M7 were installed, dual camera, but it’s not. The company says LG V30, which has not yet emerged as the first smartphone with Bluetooth 5, although it already have Galaxy Note 8 and S8.

Apple never tried to overtake other manufacturers on the number of new features. The company always strives to make technology useful and safe for the user.

Apple and Qualcoom now embroiled in litigation. Apple claims that the license agreement under which she is required to make deductions from Qualcomm with each iPhone produced, are invalid. Qualcomm in response to trying to achieve a ban on the import of iPhone in the United States.