Apple has released a new promotional video for music Apple Music service. In is starred the famous rapper Drake, which demonstrates how fascinating can be the streaming service of Apple. 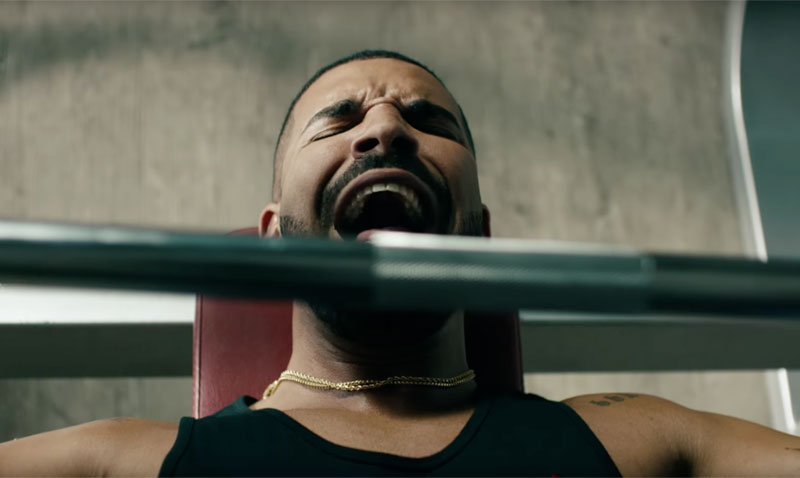 60-second promotional video Apple Music called “Drake vs. Bench Press” exercise shown Drake in the gym. He waited until he was alone, the rapper includes on your iPhone track Bad Blood Taylor swift from the playlist Pop Workout and begins exercising. Before that, he hogging the mirror – dancing and “singing”. When it comes to the bench press, Drake continues to sing and the result drops the rod.

In April Apple released the Apple is Music with Taylor swift. Singer also includes on his iPhone playlist and selects the song to The Middle of the alternative rock group Jimmy Eat World. Then within 40 seconds, the pop singer dancing and singing in front of a mirror, using a brush for applying makeup as a microphone.

In another promotional video Apple Music Taylor swift sang a song Jumpman performers Drake and Future on the treadmill. At the end of the video it crashes.