RedStory: little Red riding Hood – we are not afraid of the Gray Wolf

Adaptation of the eternal tale about little Red riding Hood was so much that should be, you can make separate lists: “top Ten games about the Wolf and his frisky girlfriend”. But the authors never cease to find new interpretations of famous tales, from parodies to existential dissections of family problems of the characters. The creators RedStory went a little different route: they simply took the original idea and settled her in the middle of a… Rayman: Origins. 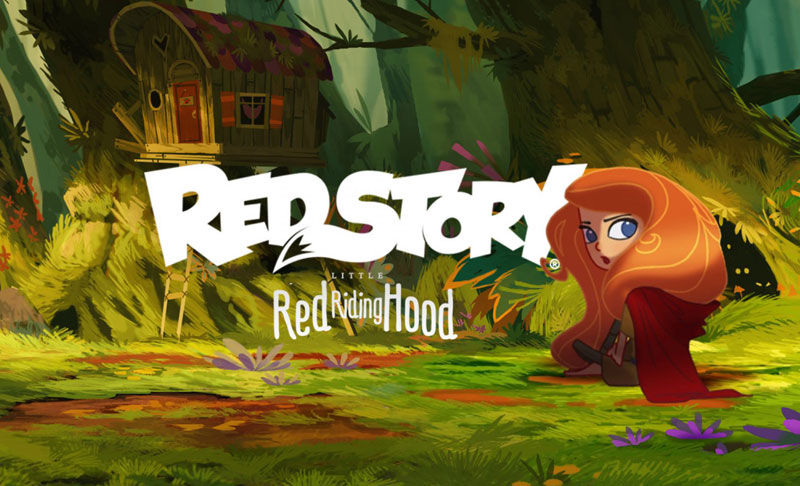 If you see RedStory in parallel with Rayman, don’t be surprised – the fact that the graphics here draw the main artist Origins, and this, of course, is felt. The same bright color, a crazy French design, a lot of strange moments and limes – that is, there are, of course, not limes, but without a magnifying glass and can not be distinguished. Even the special effects and exclusively “ramanovsky” illumination in RedStory transferred completely, inside and out. However, to curse the decision not dare – so cool the game looks.

In terms of gameplay, you will count a dozen allusions to Batman – but not the Origins, and some mobile version. Cap runs forward by itself (in the hands, by the way, pies, and candle), you need only time to Dodge misfortunes and jump over ravines. Control is simple: swipe up – Beanie jumps, swipe down Staley’s tackle. Sometimes you have to furiously rotate the device using the gyroscope. 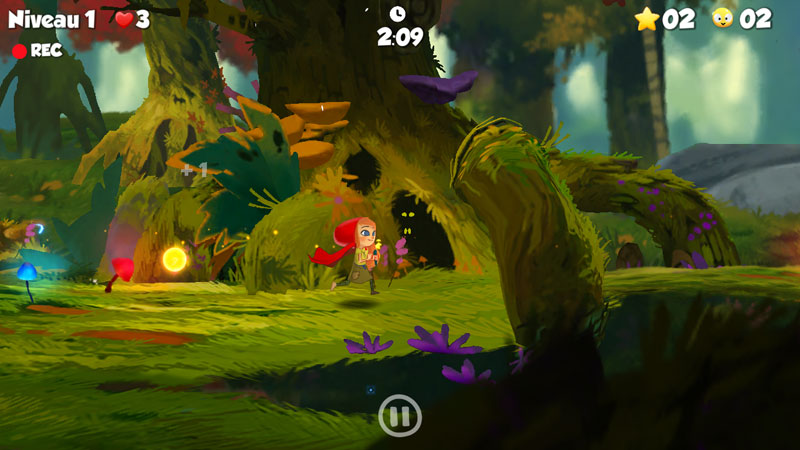 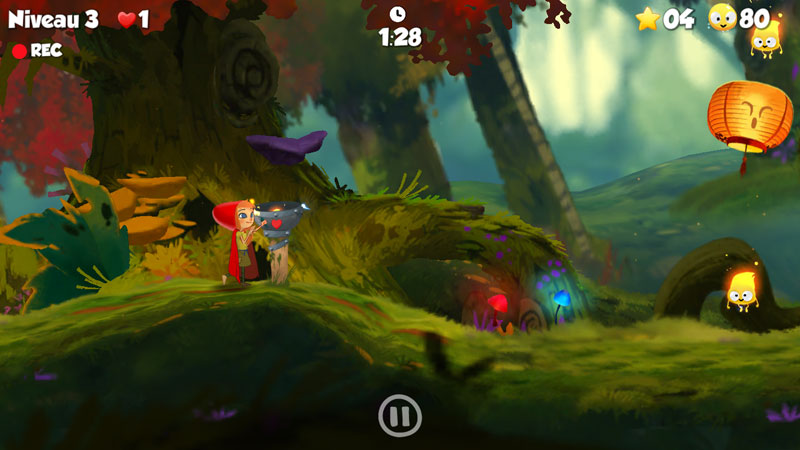 Because the tempo of the game if not mad, close to that you often do not have time to react. A little gape – and now the Cap floats on water, falling under the weight of giant cubes and passes in front of wooden wrapped in the armor of a bear. In this regard RedStory is very similar to mobile original – we also only manage to scratch the screen.

From this comes two things: good and bad. Good to play (especially the first time) fun and entertaining: to jump, to run, to fill the pockets of lums to maneuver between aggressive elements of the external world. Second, these same elements will sooner or later catch you for long red braid, and then begin what is usually begins in shareware games. 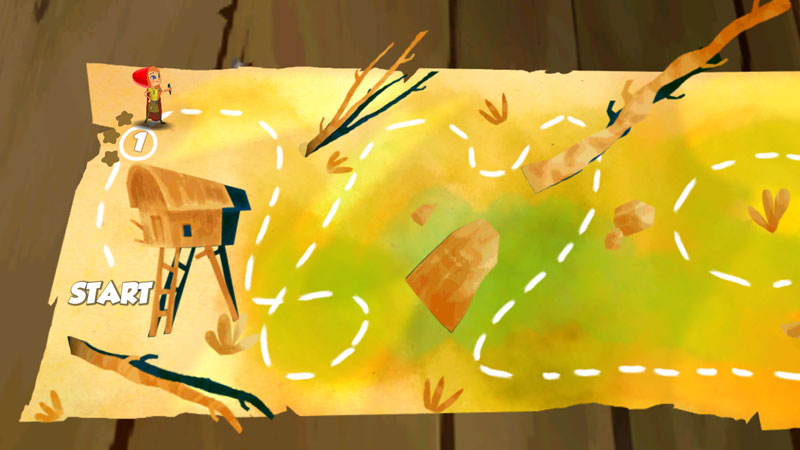 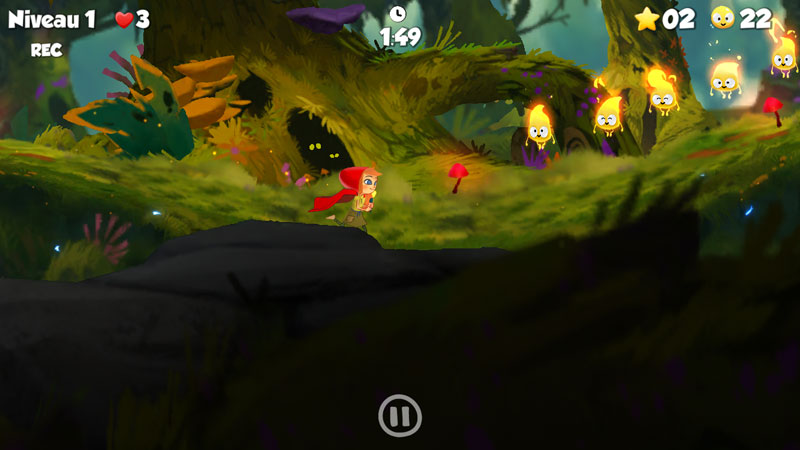 To continue, you need to give the heart. If you don’t have it (and you don’t have one, see the ad – or buy a gold account with the discount, only 300 rubles. Sooner or later you will have to give the money to lose will often, advertising is not behold – but RedStory will require more. For gold coins – you need boosters? Special sneakers to cheat the timer? The magnet? Well.

All this destroys the initially positive impression of the good, in General, games. It would be all fair – let’s outright 200-300 rubles – and no one would not say a word. But RedStory designed to extract from you as much as possible – and it is not clear on what grounds.

Yes, RedStory cool drawn, and the gameplay style of Rayman” made cheerfully and competently, but it’s not worth the nerves that you will spend on a very hardcore walkthrough, or the amounts that will ultimately be debited from your card. So, if you want to drive the little Red riding Hood in the maze of French forests – do this for half an hour and then give the girl the Gray Wolf. Moreover, it’s not terrible.