Google has released a new YouTube client for Android smartphones and tablets Apple. The company implemented the program two useful functions, which has long asked for users of the application. 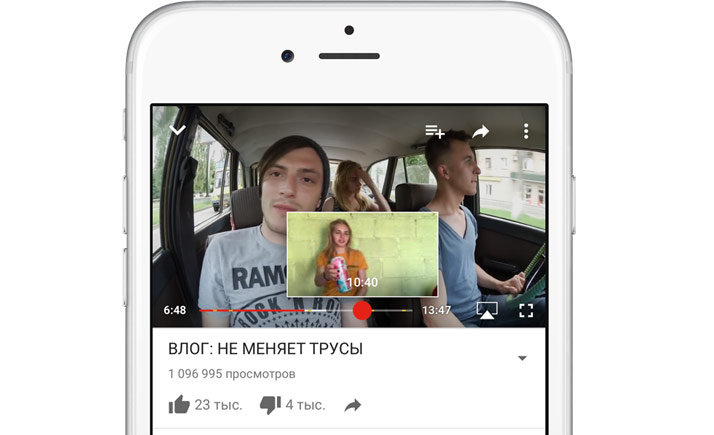 Especially in the 11.3 update added a new volume indicator. If earlier when playing a video at full screen showed the standard plate in the center of the screen, the indicator is made of a thin strip at the top. It does not cover the screen, and accordingly does not interfere with viewing of the video.

The second new update for rewinding the video. Now when quickly scrolling through the roller back and forth under your finger shows how to sketch in real time. In a similar way running fast in the web version of YouTube.

Adjusting the volume to update

Recall that the main change in the main release YouTube for iOS was updated design. Google has led the client to uniformity in accordance with the “material” design, which was introduced last year with Android 5.0 Lollipop.