Released new images of the iPhone 8: the worst nightmares seem to come true

In the network appeared the series of images of the iPhone 8, which shows that Apple has placed the fingerprint scanner on the back cover of the smartphone. At the moment we are talking about the layouts of mobile devices made by Chinese manufacturers based on the official drawings. If the information is confirmed, the scanner Touch ID will be placed just below the Apple logo. Previously it was assumed that the module is built-in OLED display smartphone. 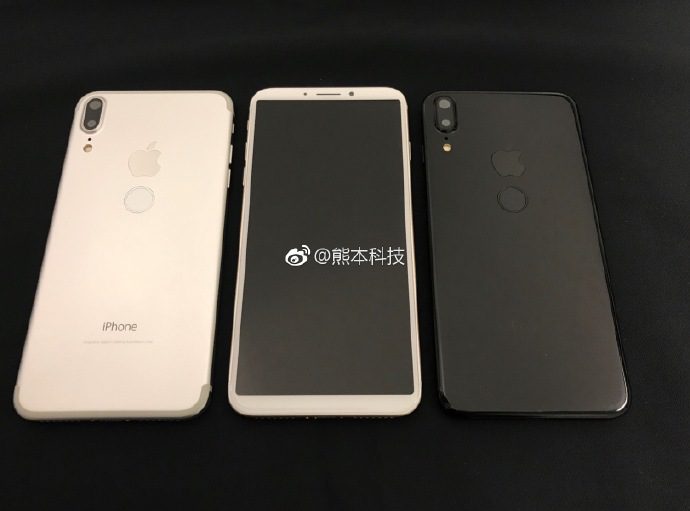 At the beginning of the year, it was reported that Apple has registered several patents for various ways of integrating Touch ID into the display. In one of them it was stated that the engineers of the company not only plans to abandon separate module, but also to make sure that the sensor was built directly into a display panel. In this case, users will unlock the iPhone just by touching any part of the screen. This method is much more practical than placing the scanner on the back. However, based on photos published on the website Weibo, in Cupertino have decided to go the other way.

The photo shows an iPhone with 8 “frameless” screen in a range of different colours – matte black, glossy black, gold and silver. The camera is positioned vertically, and so we are talking about the new flagship. Under the logo you can see the hole for the fingerprint scanner with a characteristic ring in the color of the body. 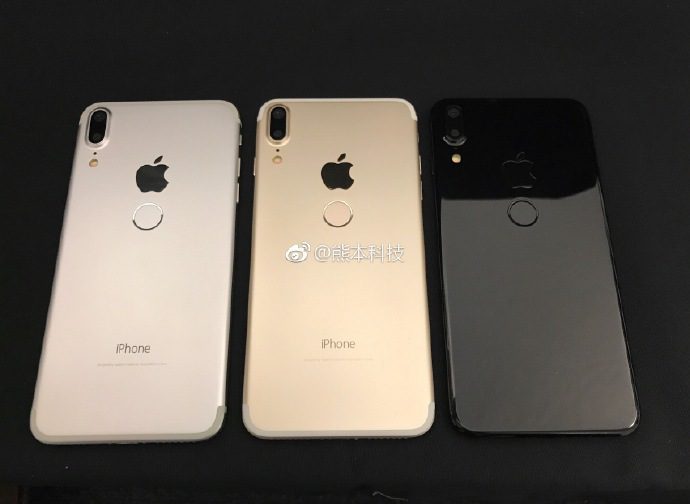 Have repeatedly reported that the next-generation iPhone screen will occupy the entire front panel like the Galaxy S8. It is worth noting that the latter have no physical buttons on the front panel and the scanner moved to the back cover and located near the camera. This was one of the main claims to the South Korean machine. According to rumors, Samsung initially also wanted to hide the fingerprint scanner in the display, but ultimately refused because of imperfect technology.

By the way, there is still hope that this is not the final version but a prototype of the iPhone 8.